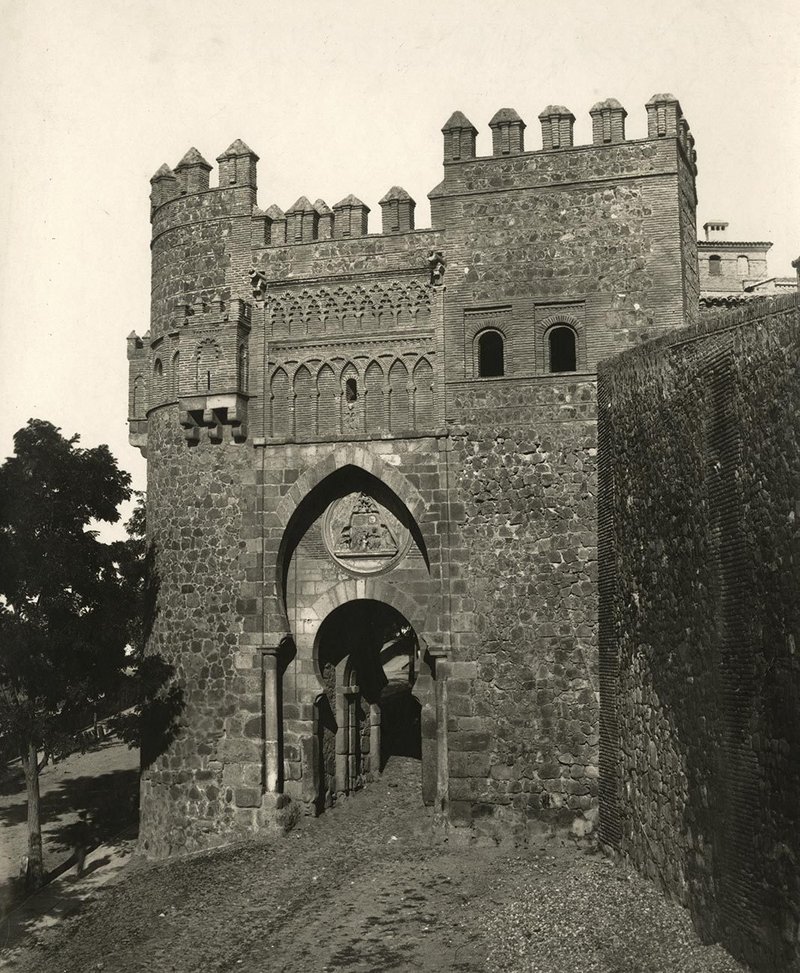 In medieval Spain, during the gradual reconquest by the Christian kingdoms of the territories previously ruled by Muslims (collectively known as al-Andalus), many districts retained a mainly Muslim population and those cities remained centres of learning and medicine. As Islamic Andalusian culture continued to exert its influence, a new type of art and architecture evolved that acted as a bridge between the Gothic and Romanesque from the north of the country and the Moorish from the south. Usually referred to as Mudéjar, it blended Christian and Muslim elements and was widely adopted for several centuries, especially in Andalusia and Aragon. Another important Mudéjar centre was Toledo, which has traces of Islamic architecture in all its Romanesque buildings. The Puerta del Sol, a city gate built by the Knights Hospitaller between the 13th and 14th centuries, is a magnificent example of Mudéjar military architecture. Its Islamic features, such as the horseshoe and blind multifoil arches, are so dominant that for a long time the Puerta del Sol was considered a pre-conquest city gate.