Sixties style on the Southbank 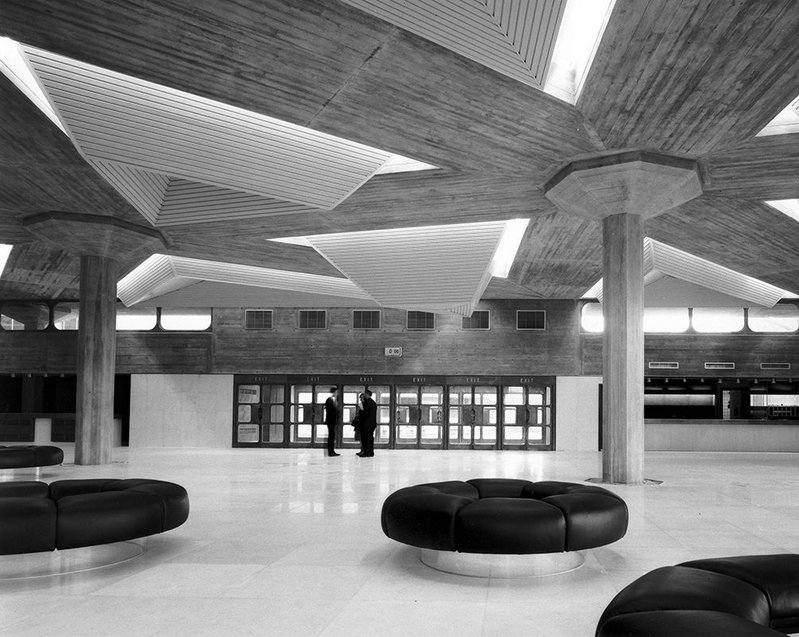 The Southbank Centre has recently received grants from both the Arts Council and the Heritage Lottery Fund for the repair and maintenance of the Queen Elizabeth Hall and the Hayward Gallery. The project includes the refurbishment of the hall’s foyer, seen here in a photograph taken around the time of the building’s official opening in March 1967.

A year later architect Peter Moro gave a public appraisal of the QEH – published by the RIBA Journal that June – in which he described the foyer as 'the most interesting and successful part of the building’. He also praised the rings of leather seating, which seemed to float on the marble floor thanks to their transparent plastic supports. Moro believed that consistency in detailing and restraint in the number of materials used gave the foyer a general impression of calm, despite its irregular shape and the ‘rather violently modelled ceiling’.

However, his perception was not shared by conductor Yehudi Menuhin, who found the space acoustically challenging: ‘If it is full of people it sounds like the bird house at the zoo.’