Has Rem Koolhaas unwittingly got a biographer?

A pronounced architectural seam ran through Tom McCarthy’s first novel Remainder (2005). Its narrator suffers a blow to the head and as a result wins millions of pounds in compensation. But he becomes obsessed with a particular moment in his past, one with no grave significance but all kinds of details. He sets about trying to recreate this moment: reorganising buildings, hiring actors, arranging for cats and cooking smells. The environment is sculpted to fit his psychological needs, to exacting specifications. But the source of his longing remains elusive, and he is forced into more and more elaborate and sinister reconstructions – architecture just can’t reach his itch to scratch it.

There is much less building in McCarthy’s new novel Satin Island, his fourth. But, oddly enough, there is a lot more architecture. The narrator, called only U, is an anthropologist in the employ of a large, influential think tank/consultancy called only the Company. It bears more than a passing resemblance to AMO, the publishing-consulting wing of Rem Koolhaas’s Office for Metropolitan Architecture: one of its projects, for instance, was a speculative redesign of the EU flag into a multi-coloured barcode, an AMO gig from 2004. And the Rem-semblance carries over to the Company’s boss, Peyman, who floats from continent to continent and from ministerium to corporate boardroom on a dense carpet of much-republished thought bubbles: ‘Location is irrelevant: what matters is not where something is but where it leads… What are objects? Bundles of relations… A city has no “character”; it is a schizoid headspace, filled with the cacophony of contradiction …’

Is there, perhaps, something of Koolhaas’s view of architecture here – grand yet abandoned, but still valuable as a springboard for other cultural production

Launching Satin Island at Foyles bookshop in London in March, McCarthy said that he spent a day at OMA while researching the novel, and praised Koolhaas as a writer. But what about the buildings? Whatever the Company does do, it’s pretty clear it doesn’t do architecture. As if to stress this, its logo is the half-finished, half-ruined tower of Babel. Naturally, Peyman has an aphoristic justification for this choice of logo:

This ruinous edifice (he’d say) … this tower only becomes of interest once it has flunked its allotted task. Its ruination is the precondition for all subsequent exchange, all cultural activity. And, on top of that, despite its own demise, the tower remains: you see it there in all the paintings – ruined, but still rising with its arches and its buttresses, its jagged turrets and its rusty scaffolding. What’s valuable about it is its uselessness. Its uselessness sets it to work: as symbol, cipher, spur to the imagination, to productiveness.

Is there, perhaps, something of Koolhaas’s view of architecture here – grand yet abandoned, but still valuable as a springboard for other cultural production? Or is McCarthy’s Company an idealised version of OMA/AMO, with the architecture part shorn off? Later in the novel, U is disquieted by visions of a great burning island of trash, and the thought that anthropological fieldwork might be simply sifting through the effluvia left outside civilisation’s perimeter fence: ‘The order and harmony of the West, the laboratory in which structures of untold complexity are cooked up, demand the emission of masses of noxious by-products.’ Minus the need to suck up to autocrats and money-men to get palaces built, the architect can freely dream and speculate.

Peyman’s own answer to what the Company does is: fiction. And he riffs on the fictional nature of projects such as that EU flag – the way splenetic, careless newspapers pick them up and run with them as fact, and they then get defended as fact. Speculation shapes reality. Or shapes novels, anyway. Shelley called poets the ‘unacknowledged legislators of the world’. Koolhaas might want architects to take that role – or at least to be the unacknowledged legislators of fiction. At any rate, it’s encouraging to see literature and architecture back in dialogue.

Reading list
Those seeking a novel that deals with architecture directly might enjoy Amy Waldman’s The Submission (2011), a fascinating re-imagining of the architectural competition to rebuild New York’s World Trade Center. In Waldman’s version, a Muslim architect wins the blind competition, sparking – to put it very mildly – a furore. What follows is a kind of liberal, multicultural version of Ayn Rand’s   The Fountainhead. Architectural scandal can also be enjoyed in TC Boyle’s fictionalised account of Frank Lloyd Wright’s love life, The Women (2009). 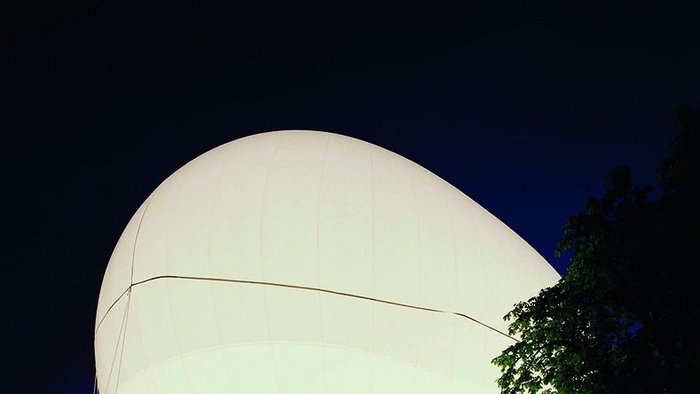 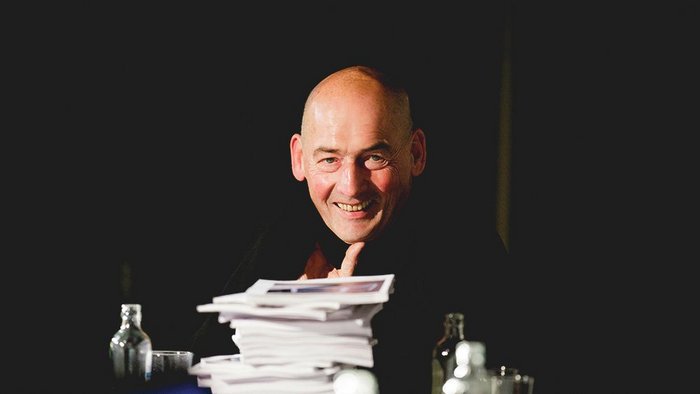 Why we need Rem Koolhaas