Yesterday’s progress often looks negative today. The urgency of climate change means we must learn from the past, says Simon Allford

Last month’s Stirling Prize was a watershed moment in the return to the new normal. It was celebrated in Coventry, a lively city that is busily reinventing itself for the second time in living memory. Architects, clients and numerous others engaged by architecture met in person in the magnificent ruins and new cathedral bequeathed to us by the unlikely combination of the Baedeker Raids and Basil Spence. There was a wonderful mood of excitement and anticipation that we must build on.

A fortnight later we hosted the BESt (Built Environment Summit) at 66 Portland Place, with a significant audience, but with much larger online engagement – a sign of our global reach and a better connected  future; better connected with our members but also the wider industry, public and government. Indeed, the summit was the product of an open global call for best practice assessed by an independent panel of experts.  The BESt Report, produced with Architects Declare and endorsed by more than 200 architects, clients, consultants and contractors, was presented the following week at COP26, where for two weeks various agents of architecture and the RIBA called for government support for the Herculean task ahead. I joined the team in week two for the Built Environment Day.

The brave new world of 1950s Coventry was a call for reconstruction – of a New Jerusalem – after the global destruction  of the second world war. Now, although a low carbon future has been discussed for many years, I believe the trauma of Covid has greatly accelerated widespread acceptance/recognition that our new normal must be  about reuse and renewal. Nevertheless, we can learn almost all we need from history. This is why I recently read, for the first time, the RIBA presidential address given exactly 50 years ago by Alex Gordon, who, when addressing the energy crisis of his day, coined the famous phrase, ‘Long life, loose fit, low energy’.

Which begs the question of what we should be doing in practice now.

Retrofit, which I prefer to call reinvention, will play an ever more important part. But nothing is new. As with recycling, we are simply rediscovering ancient ideas of the cradle-to-cradle husbandry of resources and thinking. So as we reinvent, we need to reference the long history of reinvention.

Indeed natural ventilation, thermal mass and the return of an appropriately serviced building is simply correcting a 20th century aberration.

Over a century ago the frame liberated the façade from carrying load. The aesthetic response for 100 years was either ‘fenêtre en longueur’, courtesy of Le Corbusier, or Total Transparency (if you discount reflection) celebrated by many. Architecture became delightfully light and aesthetically daring (within a defined and limited palette). The emerging problem of solar load was resolved by the invention of the energy-hungry chiller. After half a century of waste and toil in the sun, we then invented the corrective – the brise soleil – to shade the glass and thus increase the need for artificial light. Discourse focused on the aesthetic implications of this third means of expression, even though it usually expressed the very frame that was supposedly liberating us from the imposed tyranny of the load-bearing facade! To top it all, we are now celebrating the rediscovery of the idea that an opening window lets in air!

Today, as we are all painfully aware, we have not got another century to first get it wrong and then correct our mistakes.

That said though, I am an optimist. I believe that by coming together and sharing knowledge we can make the rapid progress required. Great problems call into being great thinking. Innovation has never been about the shapes of derring-do captured on Instagram. The future is not about inventing another stylistic aberration.

As Alex Gordon noted 50 years ago, the future ‘means more climbing on other people’s shoulders and less ad hoc originality’.

BECONTREE LIVES
The RIBA continues to celebrate the centenary of the Becontree Estate in east London, one of largest council estates in the UK. One time RIBAJ columnist, artist Verity-Jane Keefe, draws from the ‘archive’ of the physical estate, RIBA Collections and her own artistic responses to reveal the impact of right-to-buy and de-industrialisation amid the lived experiences of its residents in the gallery at 66 Portland Place, London. See more on events and interventions at architecture.com 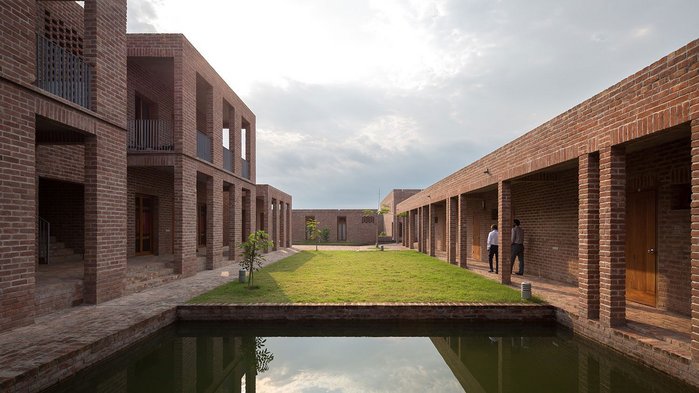