Making the best of ruins can mean saving them from destruction, preservation and lack of meaning

This is a splendid new book by Robert Harbison, author of two great Guides to English Parish Churches, Travels in the history of Architecture, Reflections of Baroque and Eccentric Spaces, among a distinguished catalogue of books arising from a study of architecture through history.

Ruins and Fragments is a thoughtful, stimulating and contemplative study of the fragmentary nature of the environmental world in which we live and work. The book is about the meaning of the physical ruins of the past but much more in the way it sees literature, language and social patterns of life as layers of meaning influencing adaptation and iconoclastic destruction.

Its text challenges all the established dogmas of approaching the ruin and is dismissive of the sanctimonious certitude of self-righteous interferers. It is properly constructed by an academic mind with a prologue followed by seven chapters, an epilogue, informed and opinionated, notes, acknowledgements and index.

The first chapter deals with the ‘collectors of scraps’ and the ruins, which we and our forebears have plundered to enrich contemporary design with context and meaning.

Harbison says: ‘The next chapter takes on the great early 20th century monuments, to a fragmentary view: Ulysses, Battleship Potemkin, Vertov’s enthusiasms and Benjamin’s arcades – literature, film and literature as film – in the optimistic moment when the breaking up of the old certainties and loosening of form into ceaseless movement tempt writers and filmmakers to epic scale and exuberance.’

The next chapter traces a thread linking the skeletal work of Corbusier to brutalism and its feeling for the expression of materialism, proposing that the fragment-bespattered landscapes at Orford Ness and Dungeness can carry us forward to grasp war damaged ruins in Dresden, Munich and Berlin.

After a literary and intensely illuminating excursion into the justification or otherwise of restoration and reordering and a text on reconstructing the classic ancient shattered pot, we confront the two key chapters: Destruction and Reconstruction.

A passage through the deliberate creation of ruins follows with an erudite essay on Cubism, clarifying the need to discover a new truth through the act of attaching the conventions of painting and by deliberate distortion. This is complemented by the introduction of Schwitters, harnessing the debris of social disorder and disintegration.

The author awards a special position to Gordon Matta-Clark for his deconstruction of standing structures and buildings and compares it with Soane’s explorations of spatial manipulation in his museum in Lincoln’s Inn Fields.

This final chapter on reconstructing the landscape of ruin from Detroit to Williamsburg to Warsaw old town is ambitious and thought provoking. It is followed by consideration of the archaeological reconstructions of Ephesus, Angkor and Athens and the polluting pressures of tourism.

Reading difficult books is always rewarding as it prompts a reappraisal of one’s own prejudices and approaches. Its language has been described as poetic and necessary to serve the level of his intellectual enquiry, while its structure is made more approachable by dividing the chapters into a series of essays, each with its own title.

The text is interleaved with a series of nice observations. One particularly attractive description is the archaeologist’s presumption that ‘all sites should be studied as thoroughly as possible, even if it kills them’. To an extent the profession of the author, as an historian, would presume that no fragment of evidence should be destroyed or manipulated to mislead the enquiring mind. Maybe this explains why the cover of the book exemplifies the objet trouvé attitude so beloved of modernists. What a temptation for the photo-shopper!

Distance offers perspective to both architecture and history. One wonders whether part of the book’s commentary on modernism needs time for a deeper level of evaluation. Prize winning projects may not stand the test of time.

Ruins only have meaning if they are capable of rational analysis. One has to be able to prepare a strategy of technologies with which to manage decay and to come to terms with the palimpsestrous sequence. Meaningful engagement with the conservation community might have led to a debate about the beaux arts tradition and a closer encounter with SPAB pioneers in the late 19th century.

This is an essential text for all those responsible for the management of ruins and fragments. Let us hope that it might save some architects from ruining a ruin.

Buy this book at RIBA Bookshops 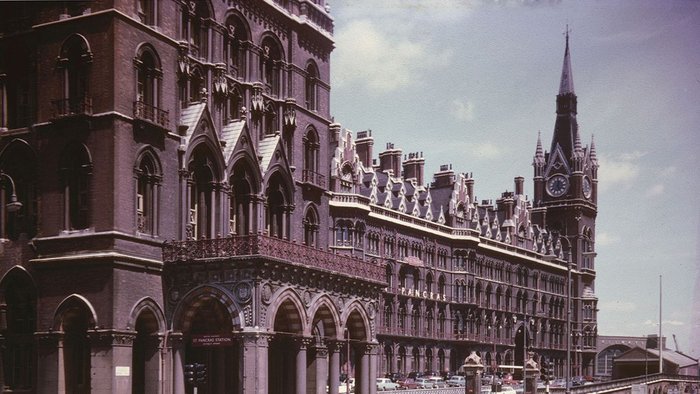 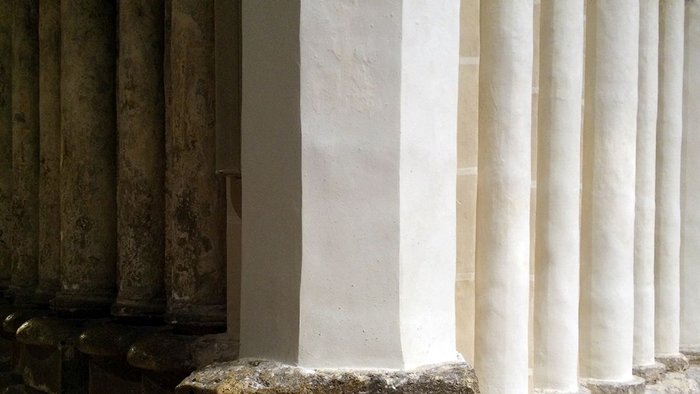 Destruction at the cathedral 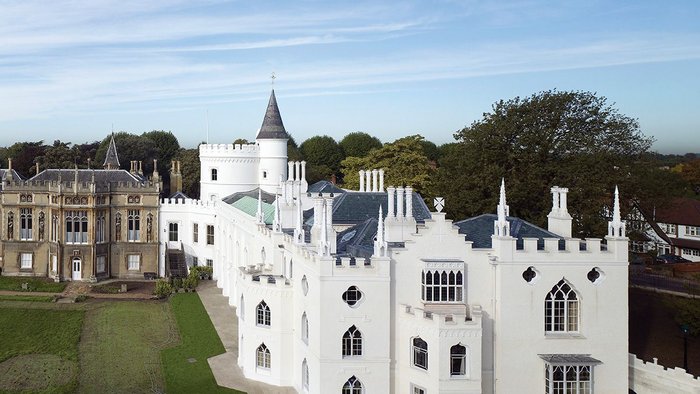