Sadie Morgan, chair of HS2’s design review panel, is much more than a personable manner wrapped round a steely core. She’s the real thing – which is good news for all those who will be affected by HS2 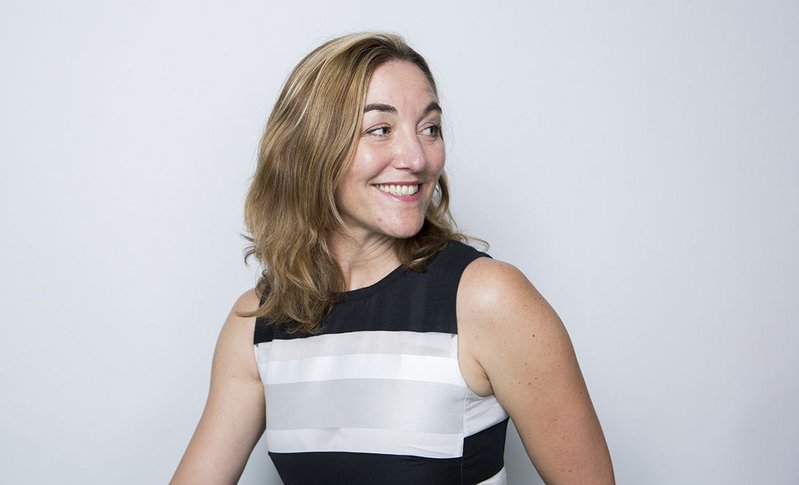 It is a truth universally acknowledged that a railway is a civils project where design is merely the dressing on the engineering.

But on a spring day earlier this year High Speed Two announced both its Design Vision and the chair of its design review panel: Sadie Morgan. While the Mrs Bennets among us might have hoped design would be at the heart of HS2, it hardly seemed likely. It is still awaiting final parliamentary approval in 2016. For years it has been more preoccupied with the National Trust, Chilterns locals whose Area of Outstanding Natural Beauty will be sliced through by the barely-stopping line and a well argued campaign of councils pointing out that there is not a watertight business case for the £42.6bn budget. Camden, where it lands in London, is resisting – though Birmingham Council has welcomed it with open arms and a Glenn Howells masterplan – with talk generally of route variations and disruption.

Sadie Morgan has set her sights higher. ‘If it is going to happen we have to make sure it absolutely the best it can be,’ she says, ‘My aspiration is to do better than both Crossrail and the Jubilee Line extension. We will look at bridges, viaducts and, yes, stations. Personally my interest lies in the bit in between, the sound barriers, fences, and later the trains. That is what will affect most people.’

For her that doesn’t mean limiting the panel to gateway reviews on stations but delving deep into the process. She has an open brief to test designs against the Vision. Her first question is how to embed design in the organisation of 900 plus and growing fast – with a major Birmingham office opening later this year. In the first few of her three day-months she has been looking at the processes for design and will go back to the board with recommendations soon, including perhaps creating an additional design role within HS2.

This is perhaps not quite what you would expect from one of the three founding directors of de Rijke Marsh Morgan. In its 20 years the practice has surprised and thrilled with its unorthodox materials and solutions: an early ETFE roof enveloping the courtyard of a brightly reworked Kingsdale School, Dulwich, was its first large project. Morgan ran what was the practice’s first new build – and the practice office for many years – Centaur Street for Roger Zogolovitch. Since then Clapham Manor School caught the imagination of many, Woodblock House demonstrated an out-there humour and the blingy gold and CLT Tower of Love café and wedding chapel at Blackpool was perfectly matched to the place. In the last few years Morgan sees the practice’s inventiveness being applied more to the plan, pointing to the increase from 10% of homes with dual aspect at outline planning on its ArtHouse flats in King’s Cross to 80% in built form. And she has been leading on several commercial and housing projects. But it is not just nimble thinking that has brought these jobs. Morgan has applied herself to this sector, she has been on the BCO Cycle Challenge and this year cycled to MIPIM (yes, she is formidably active too).

I thought, I have a skill. Though not necessarily the one I thought I had

Was it these projects that gave her the harder hitting credibility to win the HS2 design chair role against some very august competition? She thinks not, feeling that they weren’t even looking for practitioners; the interviews didn’t touch on practice at all. Perhaps it is more of a surprise that they didn’t come up with a veteran of design review, especially given the involvement of ex-Design Council chief executive David Kester, who led on Design Vision – including Morgan, before she was appointed, as one of his extensive group of contributors. The suggested panel members were also not the usual suspects. ‘I was very honest, I was not as diplomatic as I could be,’ she admits.

Paul Finch, who chaired the London Olympics design review panel for Cabe, warns of the need to watch out for decisions that affect things down the line: fundamental engineering and siting issues. ‘But even with the best will in the world there will be things that are just wrong,’ he cautions. ‘You have to be prepared to say so straight and, in extremis, pick up the phone to the boss.’ Morgan’s red phone connects her direct to transport secretary Patrick McLoughlin, but she is not expecting to raise any useless alarm. Instead, in a very directed single-minded way, she is setting about creating the conditions for good design and only plans to pick up that phone if something slips through the net. 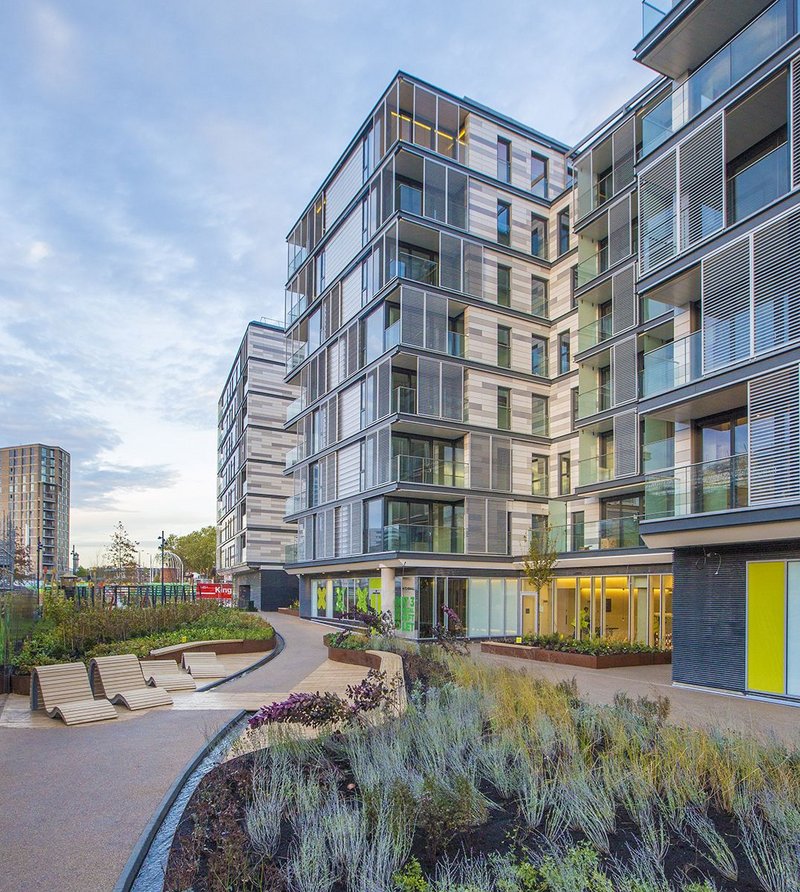 It is indicative of a very collaborative approach that she applies to practice. ‘Funny, friendly and tough at the same time,’ is how one of those collaborators describes her. In person Morgan has a warm smile and is immensely clubbable in a very down to earth way. She puts that down to her upbringing in the Sevenoaks commune her grandfather founded, where all ages and types of people lived closely together. It was a social experiment with an emphasis on care in the community. As well as an easy manner with young and old it has given Morgan and her partner – in life as well as practice – Alex de Rijke and their teenage children what she calls a ‘millionaire’s lifestyle’ in a beautifully tended landscape, swimming each morning in one of three pools, though without a penny of property equity to their name. It is fundamental to Morgan’s understanding of herself.

Other things she has learnt more slowly. She has had a tempestuous stint at the Architectural Association, starting as honorary treasurer where she helped, with then president Alex Lifschutz, to mop up the financial and contractual fall out of a major fraud. She was encouraged to stand for president and became the Association’s youngest at 43. ‘When I took on the presidency I realised I was quite good at it! I ran the meetings on time and we were getting things done,’ she says. She had always dodged public speaking – ‘I had a couple of hideous experiences’. So the thought of a presidential address at the AA’s graduation with an academic as well as student audience left her in trepidation, but she knew she had to master it. ‘At some point I realised there were so few women,’ she says. ‘So I started to practise.’ For the AA presentation, ‘I decided to say something important to me and talked about my father and his AA certificate. And when I had finished there was not a dry eye in the house.’ It was a revelation. ‘I thought, I have a skill. Though not necessarily the one I thought I had.’

While she talks with assurance and purpose about the tasks ahead on HS2, she needed a certain urging to believe it was something she could do when she was sent the daunting job description. She has plenty of confidence in the practice but is disarmingly candid about her own lack of confidence. This isn’t just a personal thing. ‘I like to think that continuing to do good work outside my comfort zone will encourage younger women to go for it,’ she says. ‘If I had started believing in the value of myself earlier I could have been more useful.’ She was delighted recently to win a CBI First Woman Award.

She talks warmly, with a confiding air. We laugh at the choice of dress for the photo - one with geometry to make your eyes and the camera go a little squiffy, or the stripes that are eventually settled on. She has the same gift with more serious matters, drawing people in. At the request of the ministry of transport she attended the Academy of Urbanism Congress in Birmingham. After the presentations by mayor Sir Albert Bore and other worthies, hers was remarkably particular and full of delight. Taking the themes of the HS2 design vision of people, place and time she sprang on the stage holding her notebook, apologising that she would not be talking about trains – to those hoping for that. She ended with a picture of an apparently naked de Rijke in the bath under the sky in dRMM’s sliding house, and a plea: ‘We need thinkers and philosophers to question things in a way that is quite unexpected to HS2.’

Her ready smile and a little skip in her ballet pumps could fool you into underestimating Morgan, but her naturally inclusive character, clear strategic thinking and a grounded core that can talk straight without confrontation is just what a project like HS2 needs. There’s no unwarranted pride nor prejudice here. 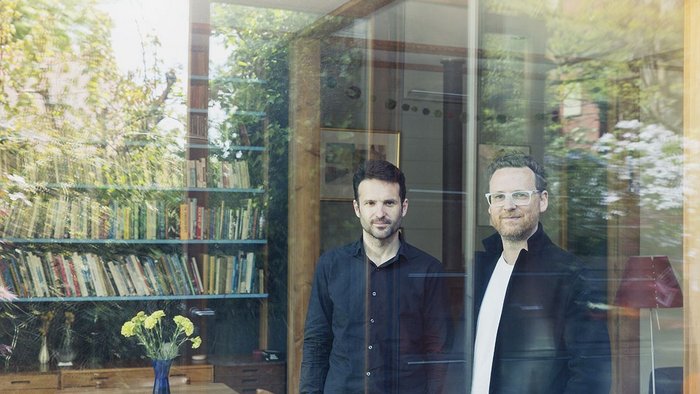 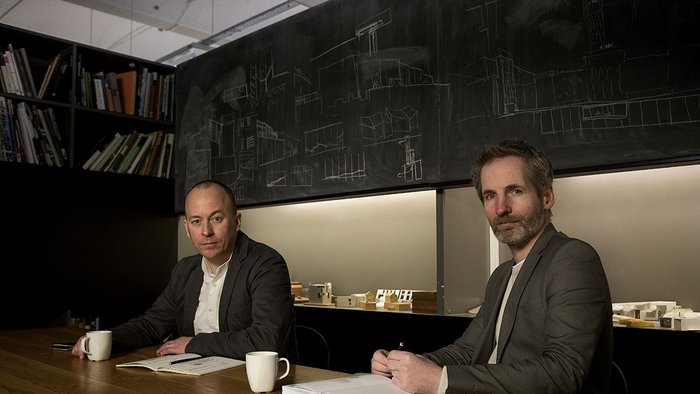 Beyond the city limits 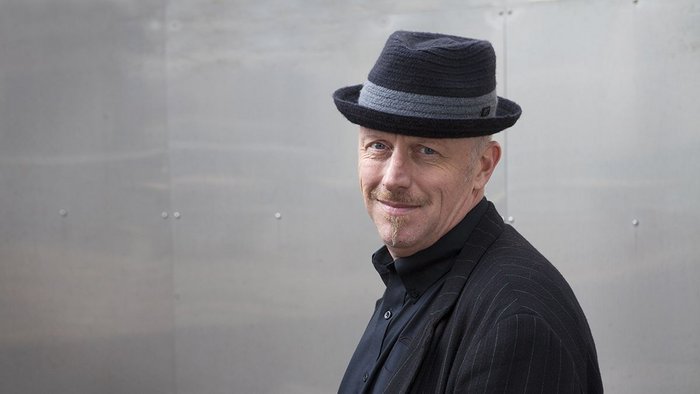 Ready for round two