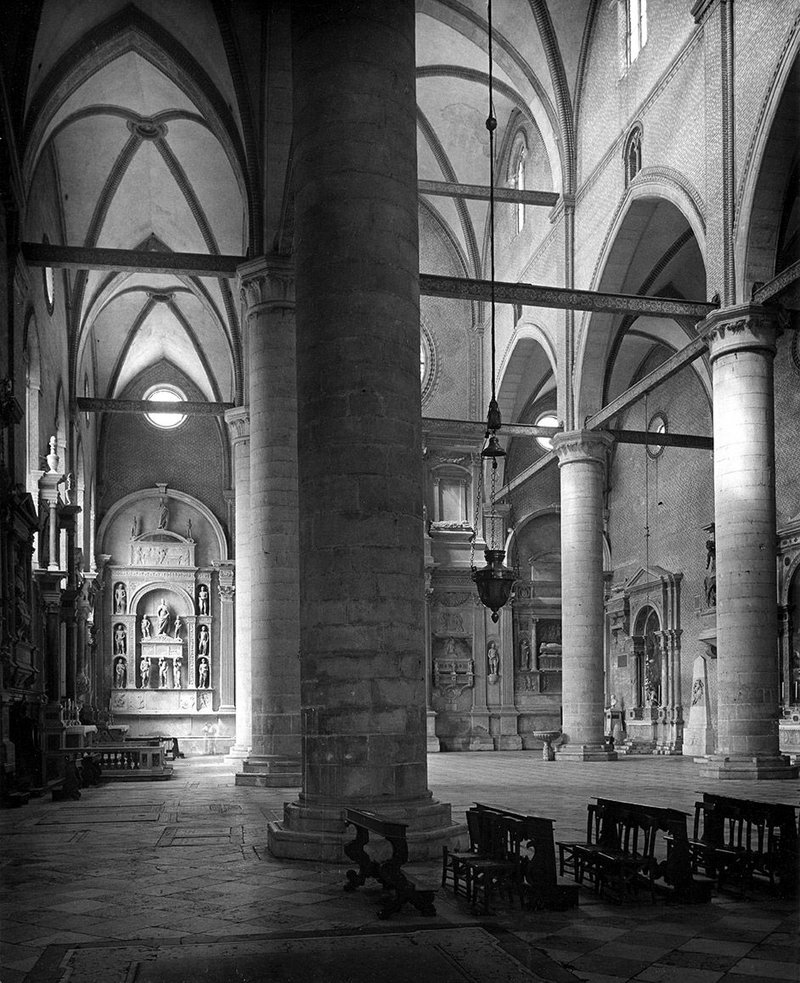 The church of Santi Giovanni e Paolo (known locally as San Zanipolo) is a splendid manifestation of Gothic church architecture in Venice. This differs from Gothic residential architecture, as it is much closer to mainland Italian examples, while for their palazzi the Venetians developed a highly distinctive style that incorporated Byzantine and Islamic models. Completed in the 1430s, San Zanipolo is one of the largest churches in the city, as well as a relatively rare local example of the use of vaulting. Due to the unstable nature of the lagoon’s subsoil, most buildings in Venice were design to ‘float’ on large timber platforms over the upper layer of soft clay. Vaults and domes were therefore rare, as they required a more concentrated load distribution, and their use confined to religious architecture. As shown in this photograph, vaults were made more secure by timber tie-beams stretched across the nave and aisles, which were often richly decorated as if to conceal their functional purpose. Also due to the instability of the soil, the use of stone was limited to piers, doorways, window frames and decorative details.