Architecture knows racism is out there, but how hard does it really try to stop it? RIBAJ/Future Architects winner Sarah Maafi demands more than an easy fix

I can’t even begin to describe how I felt when the news of George Floyd’s agonising death went around the world, and the Black Lives Matter movement started gaining traction. It felt like the first time in my life that the whole of society was acknowledging that racism exists and how devastating it is. That week, I went through emotional turmoil as I felt horror at the news, a strange relief that the word on racism was finally out, and apprehension at how people would react. I cried in secret that week, only confiding in my partner at home. It was as if the memories of racist experiences in my life had all come knocking at the door at once. In the mornings, I steeled myself and went to work, putting on my usual professional performance.

I remember sitting on the edge of my seat at work, wondering when somebody was going to say something about the news. Like so many architects described as BAME (for want of a better word), I felt I needed to talk about racism but had learnt to put my feelings aside in order not to make my white colleagues feel uncomfortable. I was used to placing my emotional discomfort second, for the sake of not being seen as difficult. While it may have been a normal week for them, for me it felt like the air was thick and tense.

It took several days until the first email made the rounds. Finally, one of the senior staff had broken the silence. They asked for ideas on anti-racist action in the office. As a junior staff member, I hesitated. Would it be safe to speak up? I finally hit reply all and asked my colleagues to fill in the racism survey in the Architectural Journal. It was a safe choice, anonymised and backed by a recognised industry media outlet. It wasn’t everything I wanted to talk about, but it was a start.

Unsurprisingly, the survey confirmed the difference in experience that I had had that week. It found that BAME respondents more frequently observe racism in architecture than white respondents. Hearing an obvious slur, for instance, is what they expect to be discrimination, but it is more covert than that. Like so many BAME people, on the occasions where I can muster the strength to tell white friends or colleagues about racist experiences in my life, they are usually taken aback, seemingly surprised that racism exists and how pervasive it is. It’s not that they don’t see it because it doesn’t happen to them. They can choose not to see it, because they don’t need to.

If I could ask my white friends and colleagues to change just one thing, I would ask them to learn to see from my point of view, and use their position of safety to speak up about the small injustices that form the thin end of the wedge

There is definitely an awareness of diversity in our industry, but too often, it is merely looking for an easy fix. Architects mean well when they try to please clients by pasting diverse entourage into their reports and images. However, disregarding the much more important driver of diversity – whether the render or the report was actually made by a BAME person – means the industry is missing the core of the problem, for the sake of putting on a show.

I sometimes feel like the characters in those renders. I have on several occasions seen my image or that of other BAME staff used in promotional materials for offices I worked in. However, when those staff are yet again not the ones named or quoted, but just shown as a backdrop without a voice, it feels like that is what I really want to talk about but do not dare, for fear I will be perceived to be criticising my own ranks. If I could ask my white friends and colleagues to change just one thing, I would ask them to learn to see from my point of view, and use their position of safety to speak up about the small injustices that form the thin end of the wedge.

For an occupation that relies so heavily on what we perceive, not being seen is a frequent issue. For example, many practices only have photos of their most senior staff online. When there are fewer and fewer BAME students at every step of the Part 1, Part 2 and Part 3 qualifications, I wonder which is the proverbial chicken or the egg. Is it really true that there are not enough senior BAME architects, and that is why we don’t see them? Or is it that young BAME students feel alienated when they look at how these practices choose to present themselves, and all they see are white partners or directors?

All practices have a choice of how they want to be seen. Some argue that if 13% of designers are BAME as are 13% of the population, it means everything is just fine. However, most architectural jobs are concentrated in cities like London, where 40% of the population identify as BAME. We therefore have a long way to go.

When people claim there are not enough BAME designers to showcase, I want to wave and shout, ‘But we are here’! For example, when I won a coveted student design award, I received a book with interviews with 108 architects as a gift. I felt such a twinge of disappointment when I opened it at home and realised that the vast majority were white men, compounding the sting of racism with that of sexism. It was like the publishers just forgot that they had a choice.
I exercise that choice every day. I choose to read media bustling with diverse designers because I want to experience their work, learn from them and be inspired by them. Do the same today. Check the books in your practice library, the social media you choose to follow, the events you attend or organise. Are you seeing BAME designers and are you amplifying and championing them? If not, it is time to pass the microphone, give credit, and open your eyes and ears.

Sarah Maafi is studying for her Part 2 at TU Munich 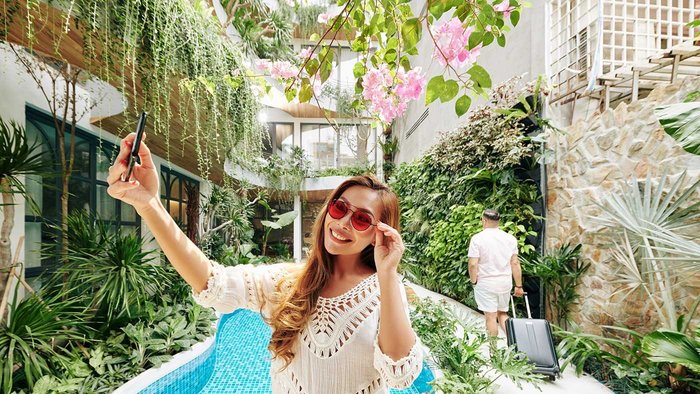 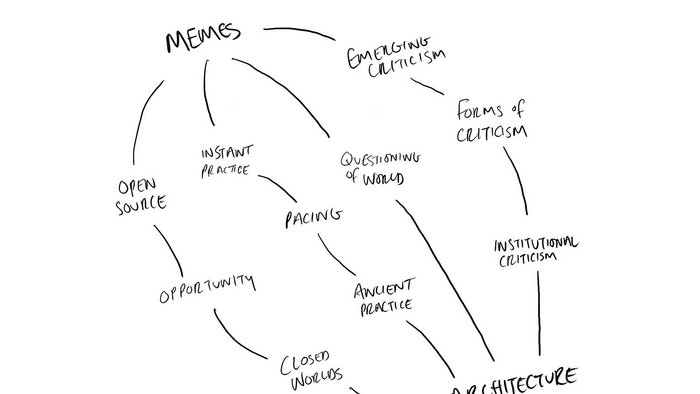