Yoko Ono, Andy Goldsworthy and Muf are among those contributing to the 2014 Folkestone Triennial. encouraged to use the port town's rich past as inspiration

For 10 years, Lewis Biggs oversaw the Liverpool Biennial, bringing Antony Gormley's Another Place installation of figures to Crosby Beach in 2005 and two years later commissioning Richard Wilson’s Turning the Place Over, which involved rotating the facade of a building. Now, he’s bringing his curatorial expertise to another port town, Folkestone in Kent, where he’s directing the 2014 Triennial, which opens at the end of the month. 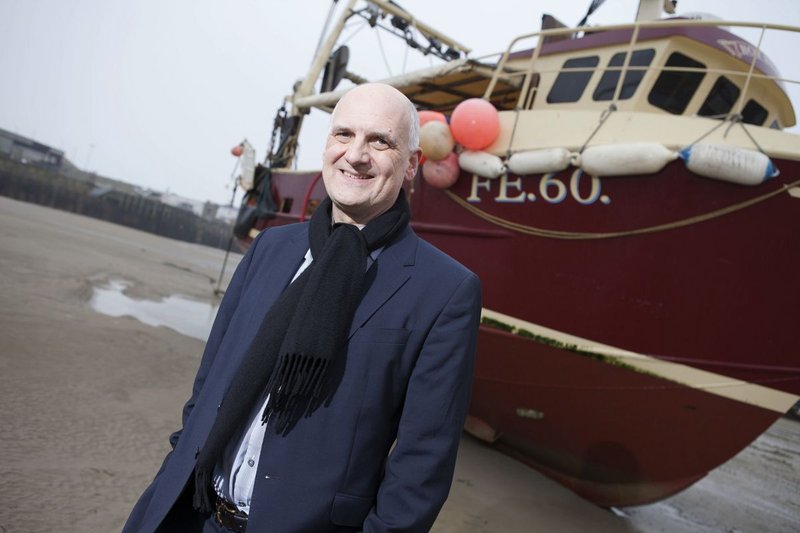 ‘I’m extremely happy to be involved,’ says Biggs. ‘Folkestone does have an extraordinary history as one of the most important ports in the British Isles,’ says Biggs, also a former director of Tate Liverpool. ‘Coming from Liverpool, I recognise that port mentality. People are used to looking out and are more open to outside influences.’

After his appointment in 2012, he spent time ‘finding where the energy in the town was’ before settling on the theme of Lookouts for the 2014 event.

‘Folkestone as a seaport has always had the function of looking out to sea for England.’ He says. ‘The business of people looking out is about expectation and what’s coming next over the horizon.’

In his commissions for the Triennial, Biggs is interested in encouraging contemporary artists to use the town’s rich past as the springboard for looking forward in their own work. He has invited 20 artists to participate, from Yoko Ono and Andy Goldsworthy to Muf Architecture/Art, encouraging them to use the town as their canvas, and in particular the less picturesque areas that are ripe for change. It promises to be a lively affair – with installations ranging from a Hawksmoor-inspired lighthouse amid the beach huts to an inhabited platform 13 storeys up a seafront hotel.

The hope is that the Triennial installations can have a positive impact on future regeneration by throwing the spotlight on neglected areas.

‘Art can make a wonderful contribution to urbanism by getting people to think differently about their environment,’ says Biggs.

I recognise that port mentality. People are used to looking out and are more open to outside influences.

One such neglected area is the Old Gas Works Site, the location of Jyll Bradley’s sculptural light installation Green/Light. The redundant site has lain derelict since 1968, the year of Bradley’s birth in Folkestone. Her piece uses traditional hop-stringing skills to create a web of light and colour around the brick buildings left on the site, drawing attention once more to the place that once generated the energy to light the town.

Muf’s intervention is to rehabilitate the derelict, steeply sloping Payers Park into a new park for public use.

‘It was never officially adopted as a park,’ explains Biggs, ‘and was effectively a piece of wasteground with many different things happening in it during its history.’

Muf has worked with diverse local groups including Roma and Polish people, elderly people and students, to encourage community involvement, and deliver a variety of uses within the regenerated space, including a look-out belvedere. Their interpretation of the look-out theme is ‘as counsel to take care, to be mindful and make space for the unknown’.

Several of the interventions draw attention to landmark structures with the town. Alex Hartley, whose work has often involved modernist buildings, is using climbing equipment to create Vigil, a living platform on the outside of the harbourside Grand Burstin Hotel, which has views over the English Channel. Drawing on the look-out theme, he plans to keep watch from it for a week, with volunteers inhabiting the platform for the remainder of the event.

‘He’s taking a modernist building and putting a bit of wildness onto it,’ says Biggs.

Working with Ooze Architects, Marjetica Potrč is tackling the mainline Foord Road railway viaduct, creating a wind-powered lift to take people to the top of the iconic brick structure, with views over the town and beyond. The viaduct bridges the site of the now culverted river Pent, whose existence was the original reason the town was established in the first place. The installation cleverly makes use of the windy conditions at the viaduct.

Folkestone’s seafront is the inevitable location for several other pieces. Dutch artist Krijn de Koning is creating two identical wooden structures, one in the Victorian grotto on the Zig Zag seafront path and the other next to the Turner Contemporary in Margate. The idea is for visitors to compare the very different experiences the different sites create.

Gabriel Lester has created a bamboo sculpture that visitors can climb into on the Harbour Railway Viaduct, for decades the scene of embarkation. Biggs is particularly looking forward to Pablo Bronstein’s sculpture Beach Hut in the style of Nicholas Hawksmoor, a sombre-coloured lighthouse among the colourful beach huts, executed in an exuberant Baroque style.

Established in 2008, the Triennial is supported by The Creative Foundation, an independent arts charity dedicated to regenerating Folkestone through creative activity.