There’s plenty to look at with the Serpentine Gallery’s pavilion this year, but what does it achieve? 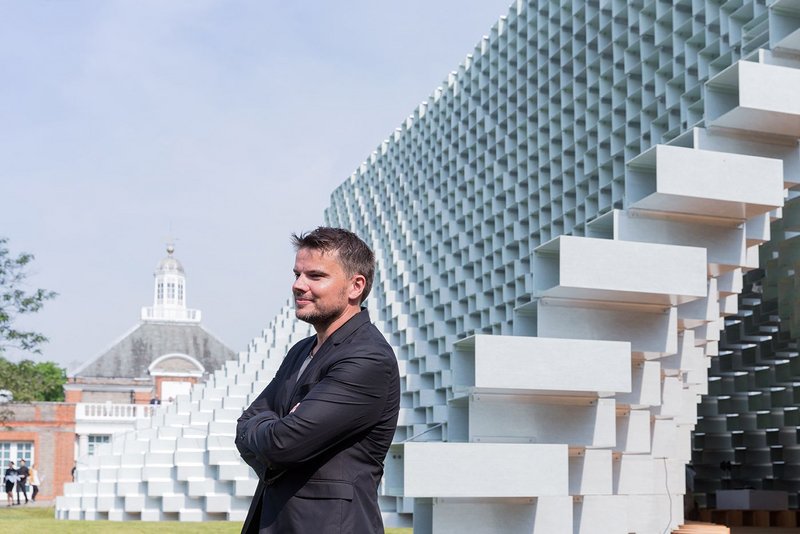 The Serpentine Gallery went for a bumper pack of structures this year when it invited Danish practice Bjarke Ingels Group to design its central pavilion alongside an additional quartet of summer houses. But more doesn't always mean better and this expanded programme will not reveal to the public the challenges of practice or any of the complexities of construction.

The BIG pavilion sits on the front lawn, apart from the summer house cluster. Made from stacked fibreglass frames the main pavilion is a wall ‘pulled apart to form a cavity within it’, as Ingels describes it.  Rippling, curving and undulating, it has a surprisingly soft outer face given the rectilinear boxes from which it is built. From a distance the box-structure appears as a singular, twisting plane; up close it resembles a cheap emptied-out chest of drawers. The impression is not improved by rather clunky jointing. The interior is beguiling – light, cast in a blue-tinted hue, filtering through the polycarbonate resin, gives the feeling of being inside a Scandinavian styled ice-cube. There is a strong temptation to place objects in the frames. Perhaps that is not surprising; the idea was recycled from a BIG shelving project.

In Serpentine tradition none of the invited architects has built a permanent structure in the UK. While the net has been thrown wider this year, it's disappointing that it failed to scoop up any women. Study the back-catalogue and you find only Zaha Hadid or women working in partnership with a male co-director. In 16 years there has been only one pavilion with a female lead.

Nevertheless this is a great chance to see the work of Hungarian-born French architect Yona Friedman, Berlin-based Barkow Leibinger, Nigerian Kunle Adeyemi and London-based Asif Khan. They were each given 25m2 for their small structures around Queen Caroline’s Temple, William Kent’s 1734 classical summer house. Leibinger’s band of looping plywood enjoys the best approach, the gallery path heading north opening up towards his design. They all deserve more breathing space, their collective impact would be greater if each stood individually, fanning out from the temple, but the site available was limited by the protected meadow.

Kensington Gardens has undergone various makeovers in its time – from open meadow to hunting park to pleasure garden. And now this highly engineered landscape boasts five architectural ornaments. Could they be more than ornaments? Friedman has thought about this. He has returned to his 1950s manifesto for a mobile architecture by recreating his theoretical project La Ville Spatiale (Spatial City), appearing here as a series of stacked and framed welded steel hoops with his own drawings suspended between. He talks of this structural system as the simplest form of construction, referencing a project he did with the Serpentine for inner-city London school pupils. He wants it to find second home in a gallery, as a base for artworks –giving an otherwise sculptural installation a future function.

Over the years a Who’s Who of international starchitects has been invited to design these pavilions. From them have come the type of temporary architectural installations we’ve become accustomed to at expos and design festivals – pop-up, temporary, photogenic… but ultimately meaningless. The programme is a waste of gifted architects’ talents, presented, as they are, with a brief that can only lead to form-driven installations. The brief for the pavilion – for a café, and backdrop for summer parties – gives rise to fleeting projects. All this hard work and energy is invested in structures that stand for only three months before being sold off, usually to private collectors. 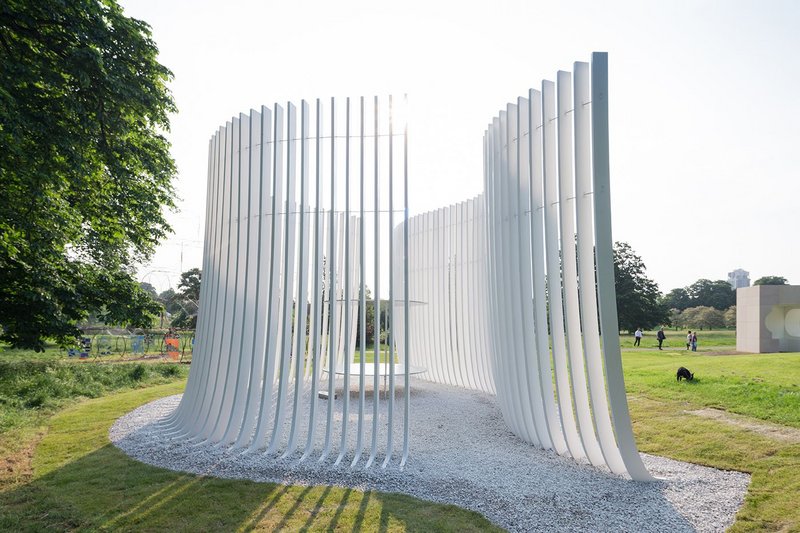 Asif Khan's tea house, the structure around it growing out of the ground . Credit: Iwan Baan

Architects are well placed to respond to the many pressing social and economic issues in society. Outgoing director Julia Peyton, who originally conceived of these pavilions, grandly claims that the programme reveals to the public the major concerns within architecture today and that they can tell us something about where we live. They don’t. Architecture is a discipline born out from satisfying a need, and finding ways to skilfully, and elegantly, answer that need through construction.

So what does this annual programme say to the public? It says architecture is a collectable object. It suggests architects are merely designers of pretty but ultimately functionless objects. This doesn’t seem all that helpful to the profession, and dismisses the importance of function and usability in architecture. Rather than eventually ending up repurposed as a marquee in a theme park, or in the grounds of private estates, how wonderful if these structures had a clearly defined and necessary use, and could be relocated beyond the summer season to a place where there is both purpose and need.

There is a point to be made here too about education and public engagement. While Peyton-Jones spoke at the press preview of engaging the public with the issues of architecture, wedged behind a hedge in the background – like trying to cover the BFG with a plant pot – was a crane. Lined up behind a collection of unused polycarbonate BIG boxes was a chop-saw, paint pots, a wheelbarrow full of timber off-cuts, site lights and all the detritus of a construction site. No doubt this will soon be cleared away. If only all the hard work that has gone into these structures, and the complex process of making them, was revealed with pride – the mess of making things embraced, rather than tucked away with only the finished article seen. If the Gallery genuinely wants to talk to the public about what it takes to make architecture, to show the challenges of curatorship and delivery from idea to realisation, they could do well to expose and show off the messy creativity of design and making. After all, there is art in the process.