The architect-designed state school, like the Dumpu language of Madang and the dwarf buffalo of Mindoro, is facing extinction. Architects had their chance, with the £55bn bounty of Building Schools for the Future, but they blew it on extravagant whims like coloured cladding and wavy canopies. And all those expensive curved walls. So goes the view ­established by former education minister, ­Michael Gove, who holds the record for managing to alienate two professions at once, labelling defiant teachers ‘the blob’, while accusing architects of ‘creaming off cash’.

The cash-rich blob might never have wobbled with such glee as when ‘toxic’ Gove was axed. His successor, Nicky Morgan, has been propelled from back-bench to the front of the class in just four years, and has distanced herself from her bullish predecessor by claiming to be a good listener. So architects should tell her why the design of schools matters.

The Govist view, guided by the chief executives of Tesco and Dixons, saw pupils as units to be stacked into standardised warehouses, with predictable results. The series of baseline design guides shows what can be achieved with the swingeing £1,113/m2 construction cost, including some flexibility for mavericks that break the rules. Like Lego, ‘the short and long blocks can be combined in various ways to suit a wide range of school sizes’.

Contractors like Willmott Dixon have embraced the challenge, producing a system that allows tired headteachers to choose from the portal-framed shed of the Keynes, the sweeping arc of the Paxton, or the boxy block of the Mondrian. It’s ‘like buying a kettle, TV, or a car,’ says the company – with no guarantee that it will last longer than one of these domestic consumables. The schools are 35% cheaper than those of BSF – and 15% smaller, with meaner corridors, tighter assembly halls and none of the profligate loose space that is actually useful for teaching smaller groups and managing charging crowds.

The extravagance of BSF was in procurement, not architecture, with up to £10m often spent before design work had even begun

With pupil numbers set to exceed eight million by 2023, we will need the equivalent of almost 2,000 new schools, increasing the lure of the standardised production line. But it must be shouted from the rooftops again and again that the extravagance of BSF was in procurement, not architecture, with up to £10m often spent before design work had even begun.

Morgan must give schools the strength to create their environments as they wish, and learn that working with an economy of means, in constrained sites, to tight timeframes, is the essence of the architect’s toolbox.

An encouraging tale, from which Morgan and her advisers would do well to learn, can be found at Ralph Allen School near Bath, to which the (actually) young practice Feilden Fowles has been quietly adding pieces over the last few years. Entrusted with developing a masterplan to unite the fragmented estate, including a new teaching block and applied learning centre, the architect has crafted a beautiful pair of buildings, which show what care and attention to detail you can get from employing an energetic young firm.

They are not shouty or groundbreaking, but just simple, well-planned buildings that respond to the specific needs of the school and site. There are elegant touches and a tactile choice of materials, with walls of solid timber and rammed earth, polished limecrete floors and a joyful red walkway and staircase suspended from deep overhanding eves.

Such small miracles, achieved for the same Govist budgets, were possible because as an academy, the school controls its own budgets. The coalition’s centralised procurement machine, which excludes smaller firms, prevents other state schools from doing the same. Many of the country’s leading practices cut their teeth on small school projects, when it was still possible. The government should have the confidence to trust it to work once again, or be left with a flimsy legacy of bleak child depots.

Oliver Wainwright is architecture critic at The Guardian. Read him here every other month

An unlikely piece of good news comes from Istanbul, where the incessant march of the wrecking ball is to be turned away from the city’s historic streets and towards one of its more recent carbuncles. Looming aggressively above the city’s skyline, the three towers of the OnaltiDokuz Residence have been deemed illegal by the high court, which has ordered them to be torn down. 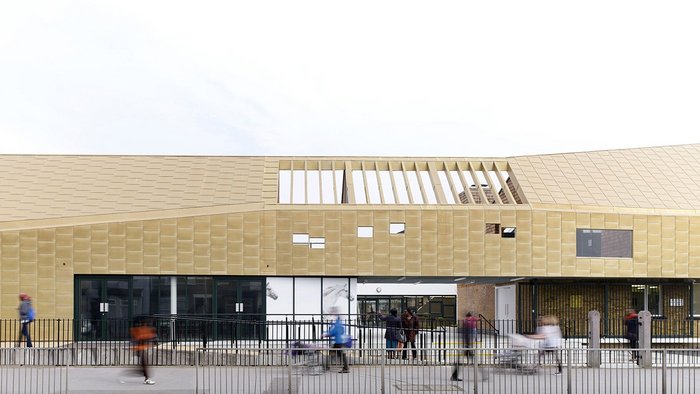 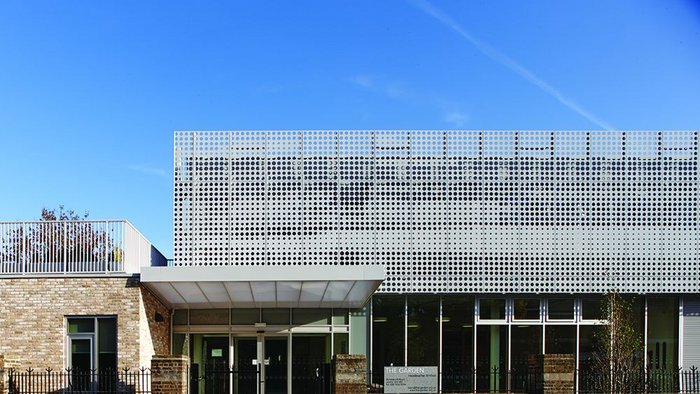