Kieran Long and Max Ahrent reveal the thrill of detective work that contributed to Sweden’s first comprehensive exhibition of a great, but under-exposed, architect 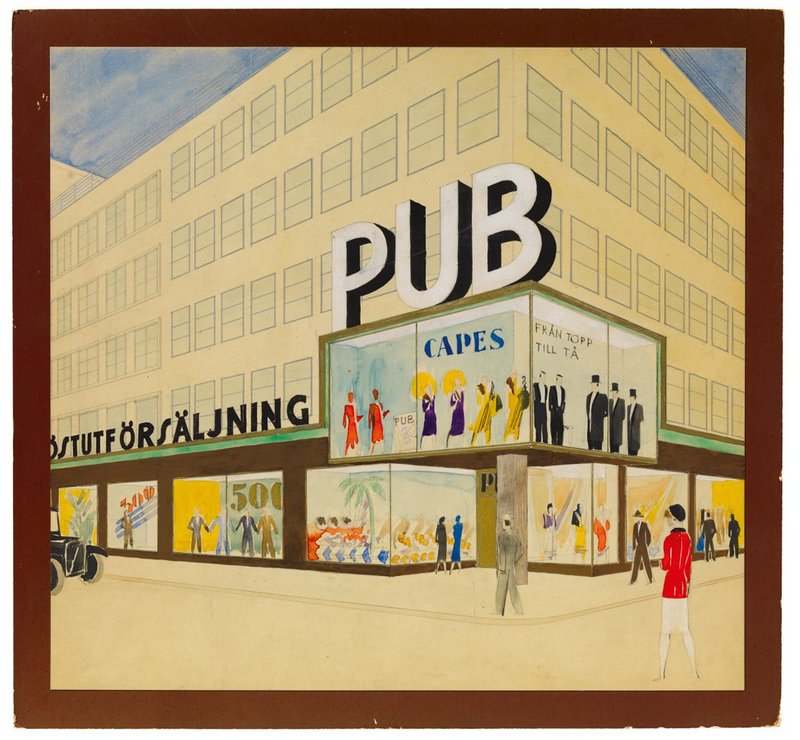 Sigurd Lewerentz (1885-1975) was one of the greatest architects in modern history, and one of the greatest artists of any kind that Sweden has ever produced. Until now, however, there has never been a comprehensive exhibition about his work. ArkDes, the National Museum of Architecture and Design in Stockholm, has held his entire archive since the late 1970s, and on 1 October will open the doors to the largest exhibition of a single architect’s work ever in Sweden, and one which, we hope, will bring Lewerentz’s work into view in its full breadth. Accompanying the exhibition, we have released a 700-page book which includes a comprehensive selection of his works, and a new story of his life and work researched from the original archival sources.

Although Lewerentz never travelled to Britain, his work has been a touchstone for many architects here. Beginning with Alison and Peter Smithson and Colin St John Wilson (who published a book about Lewerentz in 1988), Lewerentz has been a key reference for generations, with many making the pilgrimage to two cemeteries (the Eastern Cemetery in Malmö and the Woodland Cemetery in Stockholm) and his two late churches (St Mark’s, Stockholm, 1960 and St Peter’s, Klippan, 1966), the four works that have done most to form his reputation. Everyone finds their own reason to love Lewerentz’s work, and to admire him has been, somehow, like an article of faith in architecture, its artistry, its capacity to embody the most profound aspects of human life.

Despite this, Lewerentz has remained a figure outside the mainstream history of modern architecture. Although his great works are recognised (the Woodland Cemetery, which he designed with Gunnar Asplund from 1915 onwards, is now a World Heritage Site), he was not a prolific writer or teacher, and did very little travelling later in his life, declining invitations to lecture and exhibit his work in Britain and the US. He is seen as an exceptional character, perhaps even a little idiosyncratic, and not easy to categorise within normal historical and stylistic frameworks.

Our exhibition and book, Sigurd Lewerentz, Architect of Death and Life, are intended to show a broader picture of Lewerentz than we have known before. Our research has focussed on the 1920s and 1930s, when he was a busy commercial architect, designing shops, hotels, restaurants and department stores, working as a graphic designer and furniture designer, and bringing to Stockholm the influences of his travels to Paris, Berlin and Rome. In short, the exhibition and book present a picture of an architect at the heart of an emerging modern, urban culture, engaged with the lives of modern citizens. It is fascinating to see his profound work on the cemeteries, the settings of sorrow and remembrance, as he simultaneously designed for the more trivial pleasures of the early 20th century commercial city.

The research for the exhibition was something of a detective story. We consulted a wide range of archives and donors to see what narratives could be found beyond ArkDes’ own, very large Lewerentz archive. We travelled across the country looking for traces of the architect; one such trip was to a regional archive in Gothenburg, which we had heard might hold material related to competitions that Lewerentz entered but did not win.

After a train journey of several hours we arrived at the archive, high up in an office building in the city centre. There were just a few desks and chairs in the small, top-lit room, and a series of folders from the competition entry that we had come to see. We put on the white gloves that had been carefully laid out for us, and opened the delicate papers.

The material was from 1927, an unsuccessful competition entry for the Kviberg cemetery in Gothenburg that had never been published before. At the time, it was a hugely important competition that was to be one of Europe’s largest cemeteries, Sweden’s second city’s answer to the Woodland Cemetery in Stockholm. Lewerentz’s collaborator on the Woodland Cemetery, Gunnar Asplund, eventually won the job at Kviberg. Through a sequence of delicate, ink and watercolour  perspectives, Lewerentz leads us into a landscape where the strict order of the gravestones contrasts with open fields, a play of density and openness. A severe classical temple (comparable with his earliest ideas for the burial chapel at Malmö’s Eastern Cemetery) emerges from the naturally rolling landscape. The whole sequence appeared somewhat desolate, an autumn landscape in which the architecture took a secondary role to the boundary walls of stone.

As we leafed through the illustrations, we saw that it is the motif that Lewerentz’s work focusses on. The suite of pictures is ordered as a walk through the new cemetery, with views captured as if they were ‘plein air’ sketches. As so often in his work, his competition entries concentrate on atmosphere and experience, rather than a completely clear vision.

After we had photographed and measured the material, it was packed away again, before transportation to ArkDes in Stockholm for the exhibition. The value of the material is immeasurable. It is easy, when working on archives in a museum, to imagine our own collection to be a comprehensive picture of the architect, but these projects, particularly unbuilt ones that never progressed beyond the conceptual stage, show us so much about Lewerentz’s imagination and working methods.