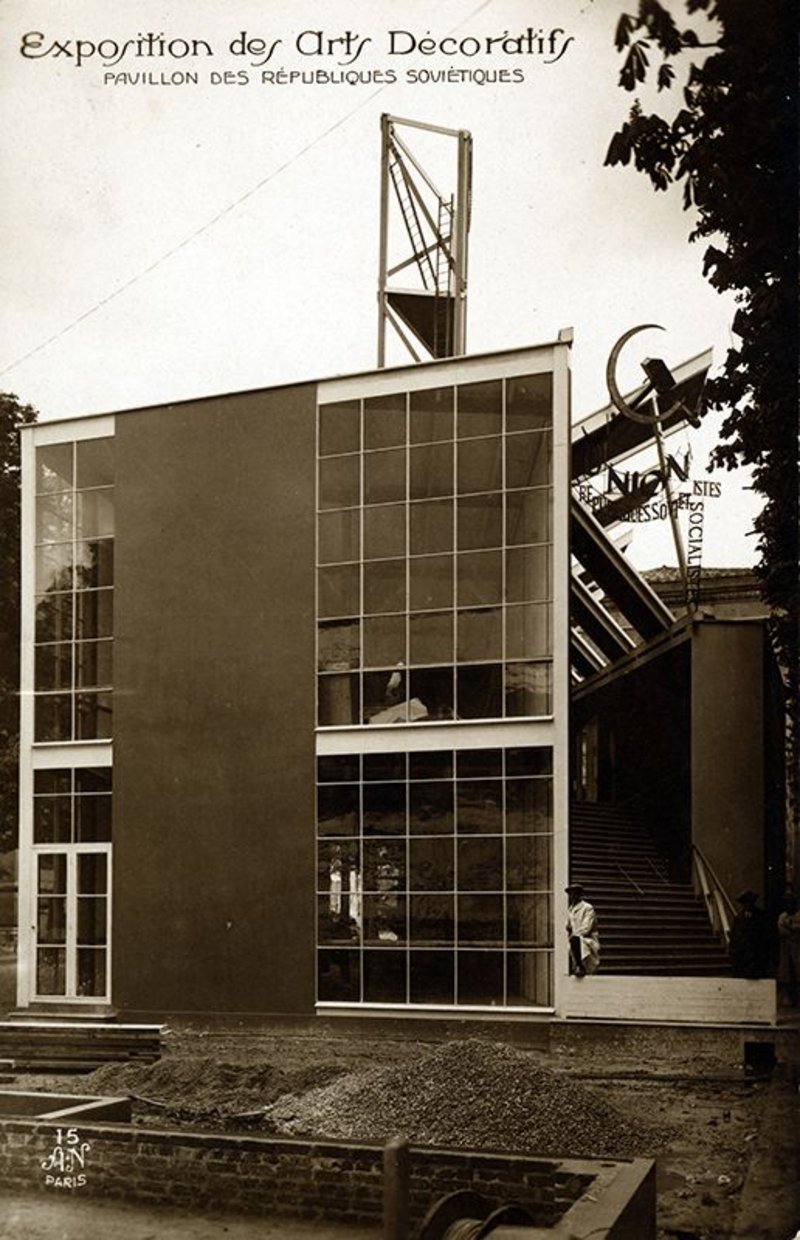 As the centenary of the Russian Revolution comes to a close, it seems fitting to focus on the great innovations that followed it in the field of architecture. Suprematism and constructivism brought their own revolution in the arts, and visionary architectural projects by El Lissitzky, Vladimir Tatlin and the Vesnin brothers brought the attention of the international community to the cultural ambitions of the young Soviet state.When the Soviet Pavilion was erected in the grounds of the Exposition Internationale des Arts Décoratifs et Industriels Modernes in Paris in 1925, it must have looked like a building from the future among all the Art Deco pavilions and street furniture. The structure was based on a dynamic composition of two glazed triangular volumes joined by a diagonal staircase which, in the words of its architect Konstantin Melnikov, ‘goes out to meet the crowds’. Thanks to the pavilion, Melnikov acquired instant international fame; during the course of the 1920s he went on to build other key projects of the Soviet avant-garde such as the Rusakov workers’ club and his own house in Moscow.