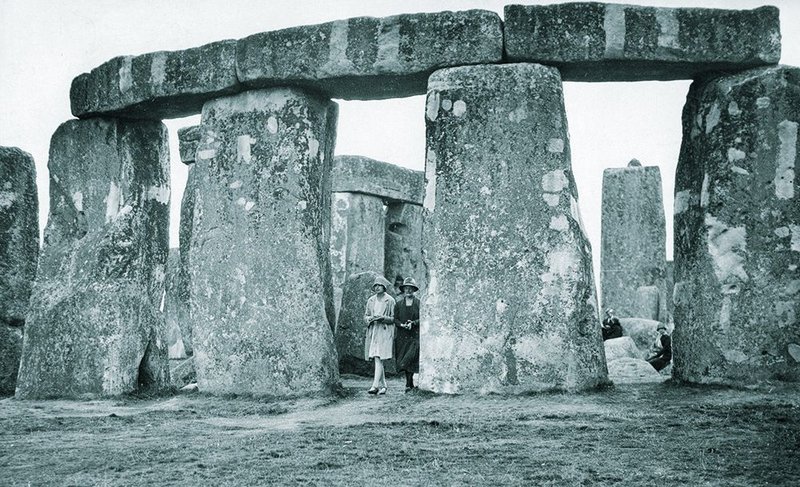 Stonehenge is undoubtedly one of the most evocative and mysterious sites in the British Isles. Until relatively recently, as seen here in Ralph Deakin’s 1920s photo, one could wander freely among the stones. Various interpretations of its meaning and function – which remain uncertain to this day – have been suggested throughout the centuries. One of the most fascinating was advanced by Inigo Jones, who in 1620 was commissioned by James I to produce a study of the monument. Jones’s conclusions were printed in 1655 in the first book entirely dedicated to the subject, The most notable antiquity of Great Britain, vulgarly called Stone-Heng on Salisbury Plain, restored by Inigo Jones Esquire. He claimed Stonehenge was a Roman temple dedicated to the sky-god Coelus, and based this theory on his own conjectural reconstruction of the monument. The plan he drew demonstrated that a regular geometry underlined the configuration of the stones and that the inner circle formed a hexagon. To validate his theory, Jones sought out other Roman buildings that had, in his opinion, been designed to similar plans and proportions. However, an interpretation of Stonehenge as a Druid temple – advanced shortly thereafter – prevailed, and was only dispelled in Victorian times.