As road congestion continues to suffocate London, this exhibition watches the highway ahead – with one eye on the rear view mirror

The prospect of an exhibition on roads doesn’t exactly get the heart racing. But perhaps it should – after all, as the NLA’s new show Streets Ahead tells us, some 80% of the public space in London is taken up by roads, with around 26 million trips made each day by road in London. This figure is expected to rise to 32 million by 2041, presenting the massive logistical challenge of how to accommodate so many travellers without bringing the city to more of a standstill than it already is. As it is, Londoners spend an average of 70 hours a year in traffic jams: radical solutions are needed as the population rises.

Throw in the air quality challenges and exciting technological innovations such as driverless cars and the prospect of drone couriers, and there are plenty of meaty road-related subjects to get our teeth into.

Roads, it turns out, have been on quite a journey from Roman times to today. It was only in the late 19th century, when responsibility for them passed to local authorities, that problems of maintenance, horse-drawn cart congestion and manure pile-up began to be addressed. Even so, many of the capital’s main streets remained hugely congested, as archive images of car and cart traffic jams show.  This TfL-supported exhibition also takes on the important Buchanan Report of 1963 (Traffic in Towns), which considered not only congestion problems and the matter of getting from A to B but the role of streets for social interaction as well. This was a time of visionary road concepts – we may all breathe a sigh of relief that the 1960s plan shown here for four concentric motorways around the capital was ditched due to cost.

Informative rather than inspiring, the exhibition looks at the potential of bridges, tunnels and delivery consolidation to help relieve road congestion. There are also panels on recent radical city road innovations such as shared spaces and cycle superhighways to make our increasingly busy roads less toxic to the cityscape. Promising innovations such as self-healing surfaces, photo-luminising markings and driverless cars are also included.

Many of the more exciting proposals are from overseas, such as plans to deck over the A7 motorway in the west of Hamburg and fill the new space with parks, trees and allotments while the traffic continues below. Is there scope to try a similar approach over here? There’s plenty more mileage in this subject left to explore. 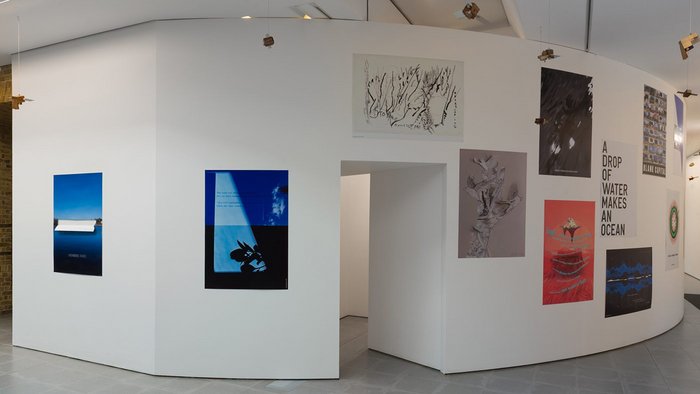 Design Museum's wise words on the Future of Ageing