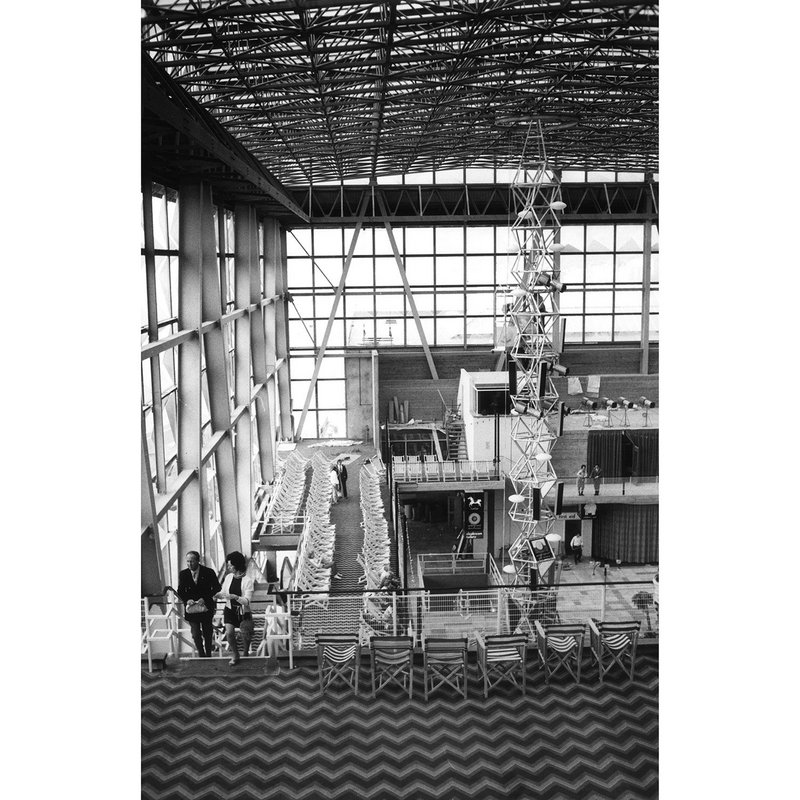 ‘It is the responsibility of every RIBA member, however he (sic) is employed in the design of buildings, to try to ensure that disasters like Summerland cannot recur.’  So wrote David Barclay, secretary to the RIBA’s Practice Board, in July 1974. That month saw a comprehensive special supplement, ‘Anatomy of a Disaster’ in the RIBAJ devoted to what was then the worst peacetime fire in the British Isles since 1929. Fifty died in the Summerland fire, 80 were seriously injured.

The conflagration took place on 2 August 1973 in this ambitious entertainment complex in Douglas, Isle of Man, commissioned in 1965 and opened in May 1971. It was a strange building, influenced by the geodesic structure of Buckminster Fuller’s American Pavilion at Expo 67 in Montreal. Its architect was James Philipps Lomas from Man with leisure specialist Gillinson Barnett and Partners of Leeds as associates. Summerland was shoe-horned onto an awkward site between a cliff and a road, and was very large, with a huge internal volume.

The idea was to create a Mediterranean-type internal environment so as to allow the Isle of Man’s seaside-resort tourist trade to compete against the new competition of overseas package holidays and cruises. Some 3,000 people were in it on the night of the fire.

In its upper levels it was a spaceframe structure clad in the same transparent acrylic panels, Oroglas, that Fuller had used in Montreal – there, the acrylic skin was to take fire and burn away in 1976. But even worse, the lower levels of Summerland were clad in another flammable material, ‘Colour Galbestos’, which was steel sheeting covered with bitumen-saturated asbestos felt and faced with polyester resin. Behind this was an internal wall of combustible plastic-coated fibreboard called Decalin.

‘Read, learn and do not forget: those Summerland victims need not have died,’ RIBAJ told its readers

The fire began in a mini-golf kiosk outside where some boys were smoking. The burning kiosk fell against the wall, which ignited and transmitted the fire to the internal wall. There was little fire-stopping and by the time the fire burst through inside there was little anyone could do. The fire then met the Oroglas which burnt fiercely, dropping molten burning plastic to the floor below.

Some of the (insufficient) fire escape routes were found to be locked. Fire alarms did not work. Panic ensued as people fled for the main entrance. The building was gutted in less than half an hour.

A commission of inquiry set up in November 1973, three months after the fire, produced its 30,000 word report in May 1974. One thing stands out: the building had got waivers from the Isle of Man’s fire regulations which stated ‘the external walls of any building shall be non-combustible throughout and have a fire resistance of two hours.’ The report noted that ‘neither Oroglas nor Colour Galbestos complies with these rules’.

There was much else – changes to the design, substitution of materials, lack of communication – it all sounds so familiar to our ears today in the light of the Grenfell disaster. At Summerland, controversially nobody was officially blamed. The tragedy was deemed to be the result of a series of human errors.

‘Read, learn and do not forget: those Summerland victims need not have died,’ RIBAJ told its readers. But the construction industry does forget. It does not seem to learn enough from such disasters. This inertia is fatal.