Despite living in ‘an age of ecocide’, Rachel Armstrong sees natural wonder all around. It’s integral to her teaching, research and output 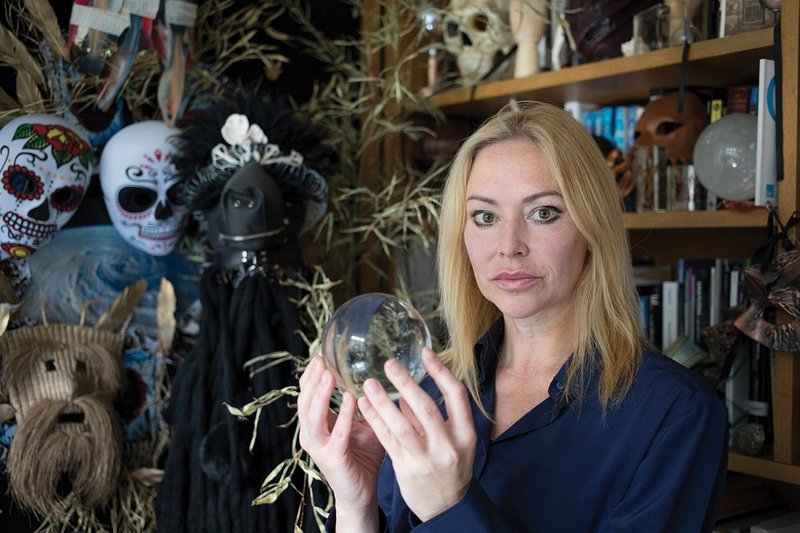 Divining the future from her office in Newcastle: Rachel Armstrong. Credit: John Faulkner

Professor Rachel Armstrong is intense. Her almond eyes hold my gaze unerringly, even while she dives me down into unfamiliar concepts and complex language, surfacing again with words like ‘masks’, ‘witches’, ‘cockroaches’ and ‘natural computing’. After 15 minutes I free myself to take a deep breath. I came to Newcastle University’s school of architecture to understand this remarkable woman, who seems to have strayed into architecture only to turn it on its head from a cellular level with an eye to the cosmos. Neither inventor nor scientist, she is engineering biology in brick form to digest human waste and from it produce clean water, produce energy and reclaim phosphates. Or, as she puts it, ‘a programmable metabolism with structurable module’.

From the Bartlett to the University of Greenwich and now Newcastle University, she has given a seriousness to the apparently far-fetched concepts of student projects. She wants to use organic processes to create architecture that can grow, respond to its surroundings or self-heal. She has worked with artists and explored and communicated ideas using art at the Venice Biennale in 2014 with protocells (or smart droplets) around under­water features to re-grow the land with a limestone-like reef. She employs a story­teller and is about to start testing materials in tanks in the university’s new labs. Prue Chiles, acting director of architecture at Newcastle, describes Armstrong’s research group, Experimental Architecture, simply: ‘It is future looking, about living systems.’ 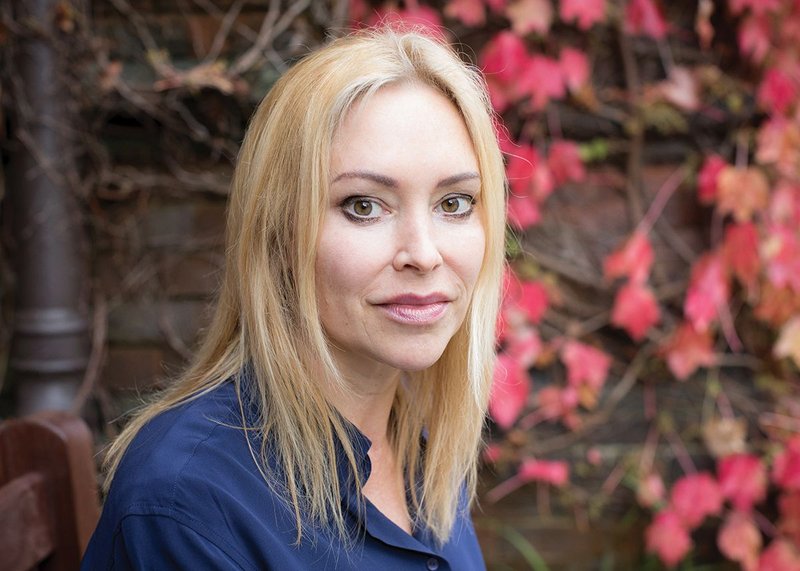 Her twitter feed leaks at the seams with stories of space, biology and remarkable inventions. So I was primed for eclecticism – but not for her room of masks, a four-headed duckling, marionettes, stoppered fluids, crystal balls, and things draped and wrapped. She uses the masks to introduce students to natural computing. They sort and order them in different ways, giving them value and values. It’s a reminder that the binary numeric calculations of digital computing lack the instillation of a value system, ‘a way of exceeding the mathematics,’ she says. She extrapolates this method to living things, how they work together and how they can be recalibrated to work in different and unexpected ways. Armstrong wants to ‘bring analogue computing back into design’. This year she will teach a third year studio, Ecological Palace, starting with a bird house and the migrants and natives that will dwell in this space. ‘There is an urban tendency not to see nature. This is a way of helping people think.’

A bird house may sound a little fey, but in one experiment she sent two Madagascan hissing cockroaches into the stratosphere, protected by a spell (yes, a spell). She tested out designing for extreme temperatures – ‘a real concern for architecture’. With them were a heating element to stop them freezing to death, CO2 sensors and a camera. Watching the footage it became clear that the heating wasn’t working. ‘It was very moving,’ she says. The cockroaches slowed down until they were quite still. Armstrong felt empathy as much as responsibility. ‘Your emotion goes with the cockroaches.’ It is her way of making ecological thinking real. Happily the cockroaches warmed back into life on their return.

This kind of experiment is a reminder of why she uses art. ‘It doesn’t have to come with an explanation… it starts a conversation.’ For her the questions started in childhood, working out what could and couldn’t be controlled, that spiders don’t eat wasps and that earwigs run in circles. ‘There is something different when the world squirms, something you couldn’t fix or control.’ That doesn’t mean she hasn’t tried; biology was a little too descriptive and synthetic biology – engineering with living things – still in its infancy, so she went into medicine. It was when she worked in a leper colony and saw the ways these quite different anatomies adapted their surroundings that she realised the space around the body was an essential part of the body and soul. 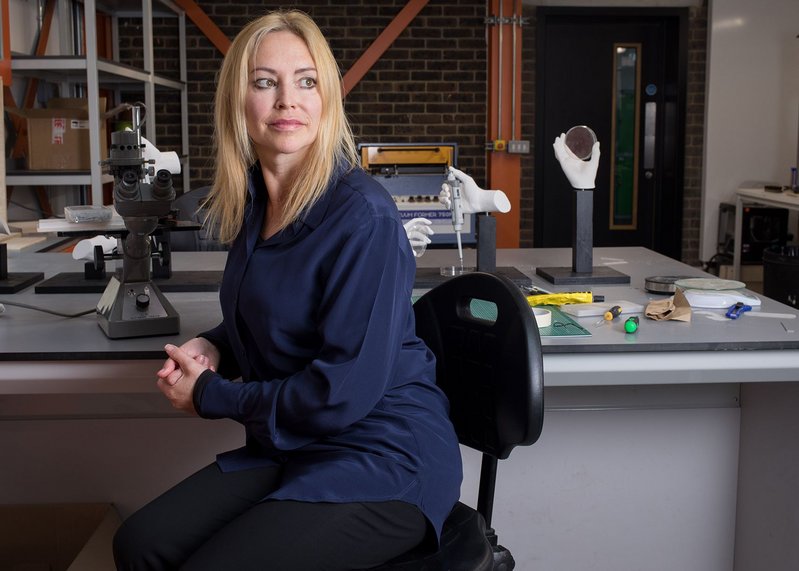 As she talks, Armstrong’s powerful hands scoop the world to her. It was through hands that she shifted from her medical trajectory. She went to an exhibition by Helen Chadwick and saw traces of illness in the self-portrait photographs of hands (holding a brain). Insisting on warning the owner of those hands of her worries, Armstrong met Chadwick, who was intrigued by the strange way Armstrong spoke and asked her to collaborate at Venice Biennale. From there it was small steps to working with other body artists like Stelarc and being invited by Neil Spiller, who was interested in technology and the body, to teach at the Bartlett and then Greenwich. She was excited about architecture and architects. ‘They are incredible thinkers and provocateurs.’

She moved to the Newcastle school of architecture because it was right in the heart of a science campus, for the art school next door and the chemistry outreach – and perhaps the professorship. Three years later she is still excited by the vessel owned by marine applied sciences, with sensors to scan the near shore of the sea and see ground being made. It is a new frontier. ‘And the skipper is called Neil Armstrong!’ she gleefully tells me, loving the echoes with space. Such changes ‘are not visible in the city, in which we build for stasis’.

There is an extra environmental edge to Armstrong, borne of living in ‘an age of ecocide’. The bioreactor brick she is collaborating on deals with our mounting waste, the way water is used and dwindling phosphate reserves. More experimentation and testing is needed to make a bio-film that performs as they intend – all to make something that could be as ordinary as a brick. She hopes to use the marine sciences facilities, and the thought plunges her into other worlds. ‘We use water as a commodity, but in cosmic terms liquid water is very uncommon in this universe.’ She lists the miraculous properties of H2O. Water connects, is the universal solvent, can crystallise things, has magnetic and electrical properties and a quantum spin. ‘The world is strange,’ she says, ‘even though we have made it ordinary.'