Wednesdays are getting weird at No 66 with The Architects Underground, the RIBA’s live creative magazine

What is 66 Portland Place, the grade II* listed 1934 home of the RIBA, for? Exhibitions and events of course, talks and debates, awards ceremonies, cafés, a members’ bar, meeting rooms, Clore Education Centre, the world’s best architectural library incorporating the wonderful Robert Elwall Photographs Collection, one of the finest architectural bookshops in the world – we take all these for granted. But what else can the place do?

Starting on the evening of Wednesday 11 September, Grey Wornum’s old place will host a weekly club night. This is The Architects Underground, and it’s fair to say that it will be… unusual.

The aim is to do more to tempt in both members and the general public. Hence the bar and, now, this. Every Wednesday from 6pm a very wide mix of creative arts will come together ‘under the roof of architecture’ as the organisers put it. It’s conceived as a weekly live magazine, free to RIBA members and all students, £15 for anyone else.

The Architects Underground is the brainchild of Rob Dickins, chair of the British Architectural Trust – cultural wing of the RIBA. His background is Warner Music and the Brits television show, plus a raft of museum and cultural charity positions. He has put together the programme with Caralinda Booth, also with a music industry background, now embedded at the RIBA for this purpose.

It’s a work in progress but here is what’s going to happen on opening night. The main event is ‘Giles Martin – Sgt Pepper at Abbey Road’. Giles is the son of the legendary ‘Fifth Beatle’, producer George Martin. He has remixed the classic album Sgt Pepper’s Lonely Hearts Club Band for its 50th anniversary and will be telling how he approached what is close to being a sacred work, for the first time in public outside the music industry.

The rest of the opening ‘magazine’ includes New London Architecture boss and serial entrepreneur Peter Murray (a former editor of this magazine) looking ahead to ‘Future London’, and Pati de Souza presenting ‘architecture news of the week’. De Souza, a recent AA architecture graduate, describes herself as a ‘puppy creative’. In her recent article on architecture.com she says: ‘While the RIBA is known for its distinctive force within architecture, The Architects Underground is completely unique to what has ever gone on in that building, and in my opinion, pretty cool. If the metropolitan institution is the voice of reason, then The Architects Underground is the jester that brought a sparkly, shapeshifting, trojan horse to the feast.’ 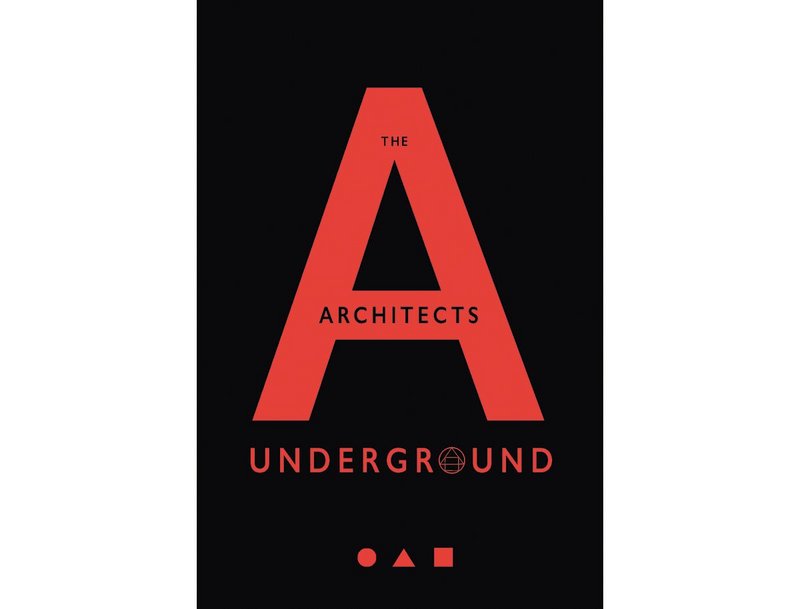 The Trojan Horse analogy (one she’s used to describe her own design work) is telling: after all, the aim of that military-subterfuge device was to conquer the unsuspecting city. The only downside I can see is the bit about the total destruction of Troy but it was certainly great for the Greeks.

With this comes food, drink (a new ­architect-named cocktail every week, not necessarily alcoholic) and MC Omari ‘Motion’ Carter of the Motion Dance Collective. Fair to say that this won’t have much in common with your average BIM seminar.

The organisers are by their nature informal but underlying the larkiness is a serious endeavour: for architecture to sit comfortably alongside the other creative and cultural arts. The Underground is intended for architects, designers, clients and friends. Dickins talks of bringing ‘new life and energy’ to the building. ‘In an age where many people are locked into their own space via computers, phones and social media, I wanted to create a communal space, where like-minded people with a love for the arts can enjoy a great night out with entertaining and thought provoking programming as well as a social meeting place.  Architecture and especially the architect will be the common thread throughout.’

Keep up with all this (and book) via architecture.com/architectsunderground.