Sicilian baroque architecture is characterised by the use of human figures, often grotesquely presented, to demonstrate power, wealth, and humour 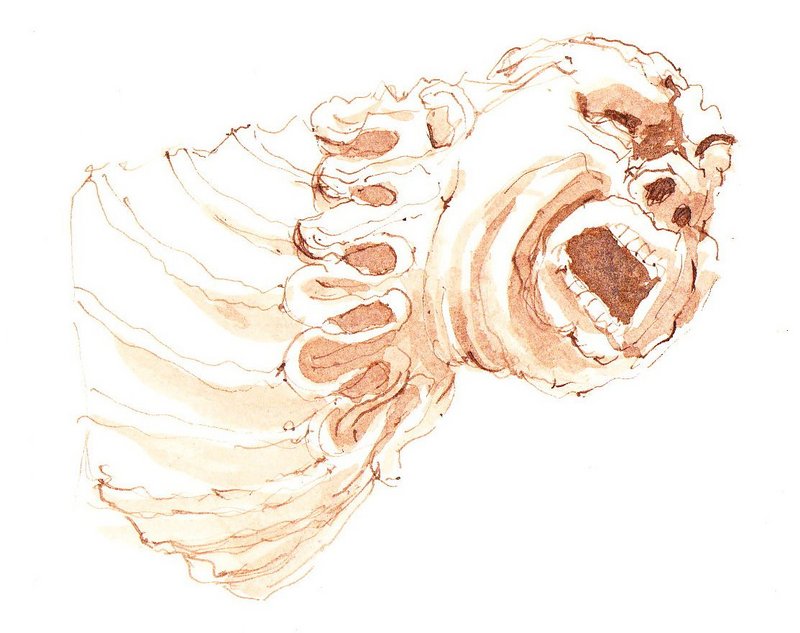 As a recipient of the ADAM Architecture travel scholarship I went to south-eastern Sicily to investigate the human figure as architectural support. The human figure gives a sense of scale, but is more than a frivolous detail. It played a significant role in architectural styles around the world from ancient times, but few contemporary examples exist. The baroque architecture developed in Sicily is particular – it reflects local culture, superstitions, everyday life and the island’s links to ancient Greece, and contrasts with the grandiose Baroque architecture from mainland Italy designed by the great architects.

The region of Val di Noto in south-eastern Sicily experienced an intense period of reconstruction following a large earthquake in 1693, which led to an architectural style known as the Sicilian Baroque The style featured balconies supported by spectacular carvings in the form of mythological figures, caricatures and grotesques shaped from the available limestone and volcanic rock. Made by anonymous local stonemasons who drew inspiration from Greek theatre, these unusual sculptures emphasised the power of the local aristocracy which had grown wealthy from the agricultural economy. Traditionally such sculptures were intended to ward off evil spirits and would have impressed the superstitious local population.

Following the earthquake, local architects, engineers, builders and stonemasons set to work rebuilding the towns, many on new sites with rational urban plans. Buildings are modest; it is the relief of balconies and portals which make an impact on the facade. Many cultures have passed through Sicily but the Greek influence is still felt very strongly. In baroque Sicily the palazzi with their rich balconies resemble stage sets and recall the importance of the Greek theatre in society. The sculpted human figures supporting the balconies are often combined with ‘mascheroni’, or masks, below. Some are bespectacled or blindfolded, or have their tongues sticking out, like the masks of Greek theatre, which the chiaroscuro effects on the facades animate.

The grotesque refers to the Sicilian tradition of incorporating monsters into building facades, with origins in ancient Greece where representation of the mythical Gorgon was used as a device to avert evil. In their various forms the figures of the Sicilian Baroque were made to surprise, mock or even frighten the passer-by. They acted as symbols for displays of family wealth and social status and the balcony provided a privileged elevated position to view the street and the piazza; designed to include wrought iron ‘goose breasted’ railings to accommodate ladies’ voluminous skirts. The figures may have been used to entertain or compete with neighbouring families. Occasionally the figures were said to represent the owner of the building. They might also have been a form of superstitious protection for aristocrats who feared misfortune and the loss of power, or to distract the ordinary passer-by from societal problems.

The use of the figure in architecture can be traced back to classical antiquity where caryatids (supports sculpted in the form of women) were used in place of columns on the Erechtheion of the Acropolis in Athens. The male counterpart (the atlas or Roman term telamon) came later. In Greek mythology Atlas was the Titan who was forced to carry the world on his shoulders for eternity. In order to understand how the Sicilian Baroque evolved to be so particular, I visited the earliest surviving examples of atlantes at the Greek Temple of Zeus in Agrigento, the largest Doric temple in existence. The colossal 7.5m stone giants with heads and necks made bent to support the weight of the structure above were lying on the ground. The huge size demonstrated triumph in battle and prefigures the Sicilian Baroque tendency towards extravagance.

Baroque architecture was based on classical symmetry and Renaissance styles but became much more dynamic, decorative and flamboyant, involving dramatic effects of light and shadow. Sicily had been cut off from major architectural movements until after the Renaissance but the Baroque was introduced by Sicilian architects who reinterpreted the ideas of architects from Rome.

I travelled to several towns around the south-east. Catania was built out of lava following the volcanic eruption of 1669 and subsequent earthquake in 1693 and baroque architects used the local limestone to contrast with the lava in a play of light and dark. The ‘lapidum incisores’ who embellished the city in a rich style including a variety of comical grotesques, were stone workers from nearby Messina called to aid in the reconstruction of the city.

The stonemasons of Ragusa had a deep understanding of the plasticity of the stone. Some of the buildings there hold the most original and bizarre grotesques I witnessed in the region, all surmounted by allegorical figures. Crazy faces grip snakes and geckos between their teeth, street artists hold musical instruments and cherubs embrace. A mermaid with two twisted tails holds a fish in each hand, and a figure with a wrinkled forehead stretches out his hands to support a balcony. Large-breasted women, and men holding cornucopias filled with fruit, allude to the wealth of those commissioning the work. Frequently constructed as two major parts, an upper and a lower, the figures have been interpreted as a combination of opposites. Maybe the contrasts reflect the torment of the earthquake and the optimism of its aftermath.

In Noto the new town was constructed on a grid to provide long scenographic vistas. A series of golden cherubs, horses, noblemen, sirens and lions support the six large balconies of Palazzo Nicolaci, which are all slightly different because it took a team of stonemasons to make them. The Nicolaci were an affluent family, whose wealth originated in the tuna processing industry and who ascended to the local aristocracy following the earthquake. The balcony of the children symbolized their prosperity and the balcony of mermaids symbolized the role of the sea in the family’s fortune.

Myth is entrenched in the history of the town of Siracusa. The elegant Palazzo Blanco, designed by Giovanni Vermexio, has one bizarre balcony. Its central corbel has a nymph-siren with the lower part of her body carved in decoration with a family crest above demonic masks with curved fangs and devilish eyes. The siren harks back to a figure in many Greek stories including Homer’s Odyssey. Here the limestone is whiter than other towns in the southeast, visible because the building had been restored; some that I visited were falling into disrepair.

In the town of Palazzolo Acreide, Palazzo Caruso has the longest balcony in Europe, designed by another local architect, Giuseppe Ferrara, in the early 18th century. Twenty-seven supports adorned with acanthus leaves overhang masks, each with a different expression and seemingly poking fun at passers-by. The aristocratic owner who built the palace was reputed to be scornful of his countrymen with whom he was in conflict.

For many buildings though it was difficult to identify the stories behind the figures. Much has been lost and is open to speculation, and most of the stonemasons were anonymous. Consequently little is known about the island’s creations, which have so much vitality, fantasy and originality. The human figure in architecture gives a sense of scale and the ornamental supports below the baroque balconies show exaggerated and theatrical forms that entertain and display affluence.

Today the viewer is likely to regard the sculptures with a mixture of amusement and astonishment at the inventiveness of the stonemasons, but they still possess an emotional authenticity even in the modern world. Many of the buildings in Sicily will remain mysterious, but enough is known to stimulate the curiosity and provoke the imagination of the viewer.

Chiara Hall was the winner of the 2013 ADAM Architecture Student Travel Scholarship. The Scholarship is now in its tenth year and offers an opportunity for an architecture student to experience and develop a greater understanding of architecture and urban design