The Pompidou Centre marked a pivotal point in architectural progress

That was the future, that was. The Pompidou Centre in Paris opened 40 years ago, in 1977. Many will view the 1970s as ancient history – our prime minister was James Callaghan, the RIBA president was Eric Lyons of Span housing fame. This was still essentially the analogue era, despite the computing power that engineer Ove Arup could use to assist Renzo Piano and Richard Rogers. But we can also find plenty of parallels with today. Government in difficulty, labour unrest leading to spreading strikes, David Bowie’s music on the airwaves, radio signals coming in from the Voyager spacecraft, stylistic uncertainty in architecture... write your own list.

As if to prove that an old guard was giving way to the new, just as Paris was unveiling its radical prefab mediatheque at the Pompidou, London was finally completing Denys Lasdun’s National Theatre on the South Bank. While the Pompidou could be seen as a built expression of 1960s architectural dreaming – all dry-assembly and visual adaptability, as if it could be taken to pieces and re-erected elsewhere – the National was the culmination of the poured-concrete aesthetic of early modernism that Lasdun had learned from his old boss Berthold Lubetkin, who had himself called upon Ove Arup. Solid, doubly tectonic, positively geological. 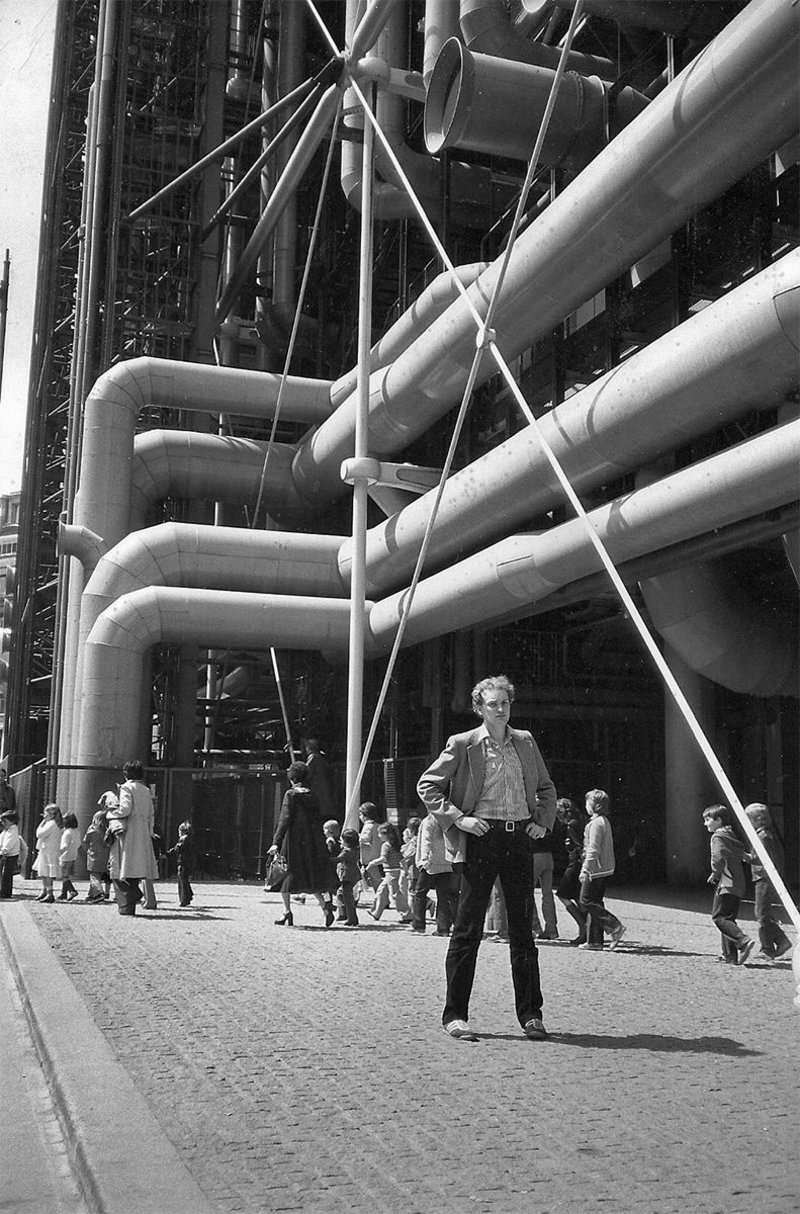 This was the moment when I first tiptoed into the world of architecture and I remember both events. The Pompidou was routinely referred to as an oil refinery or gasworks while the National was seen by the emerging generation of found-space theatre directors as a mausoleum, a thoroughly outmoded view of what theatre could be. Satirical performances of condensed Shakespeare, written by Tom Stoppard and directed by social entrepreneur Ed Berman, were performed outside it and (I was there) were hilarious. But it was to be years before the public space on the South Bank reached the extent where – as with the plaza in front of the Pompidou Centre – street performers became the norm.

It seemed pretty clear then where architecture was heading. Concrete was the past, high-tech was the future. You can see the Pompidou as an aspect of post modernism but that was quickly overtaken by the other kind, the mostly commercial variant we all got in the UK in the decade following the first Venice Architectural Biennale in 1980 prophetically named ‘The Presence of the Past’. The one with the 20 facades of the Strada Novissima, prefigured by Aldo Rossi’s slightly earlier floating Teatro del Mondo.

So what happened? The usual. Movements come and go. Today surviving boardmarked concrete brutalism is cherished by many while glass-and-steel high-tech is even more unfashionable than newly resurgent PoMo (see this page last month). Few regard solid masonry and punched windows as a throwback any more. The next revival will surely be the fundamentalist wing of architecture: the traditionalists who are looking very bushy-tailed right now. Not something I would have predicted 40 years ago but that, if only in the interests of architectural biodiversity, will be A Good Thing.