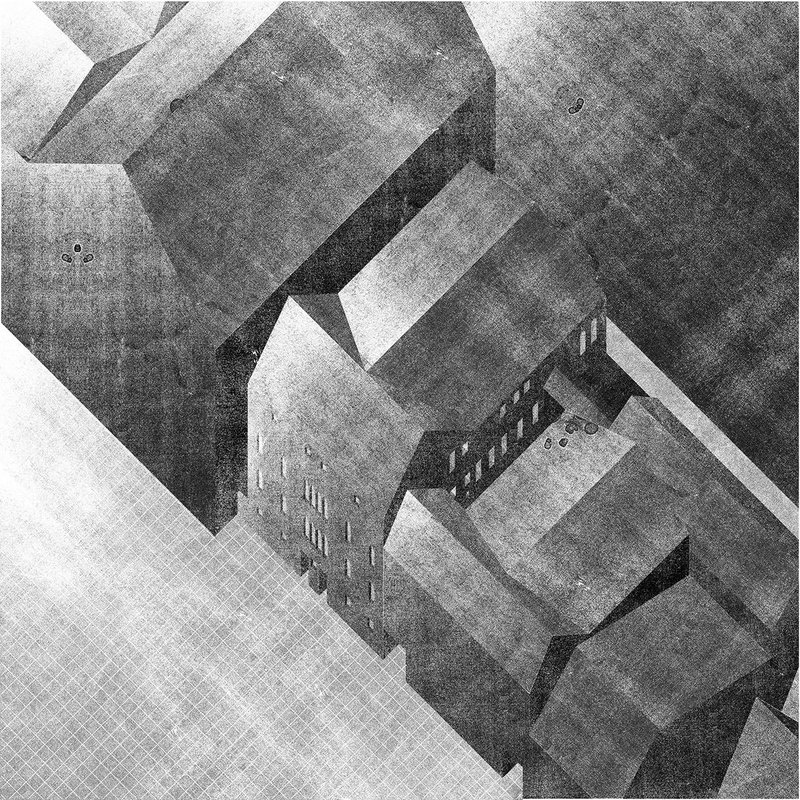 Perhaps it was Selo’s provision of a financial incentive to the entrants of the third RIBA Journal Eye Line competition that had the judges wondering what the colour of money was – it seemed to be yellow. The £2000 first prize has created more of an international pull too, with significantly more entries from Europe and the US – a fact reflected in the following pages. But the colour?

After sifting the initial 217 entries to a final 40, RIBAJ editor Hugh Pearman wondered if the move away from monochrome might be due to the fact that this year’s projects are ‘less dystopia and more fairground’.  This lemon curd optimism resulted in the Hokusai-cum-Metabolism of Adam Roberts’ ‘Kyomachiya Futures’, Michael Powell’s Plutostratum and Mery Hermita Samosir’s ‘Boolean Strategy’ but it was the sunflower caramel of a sugar arcade proposal that finally whetted the judges’ appetites. Dystopias continued to make their presence felt however, generally in their signature black and white. Charlotte Wilson gave us a challenging view of central London fracking, Dominic Dickens posited the unrelenting grid of his ‘Drop Dead City’ and Soon Min Hong gave a prescient re-reading of the thrill ride experience in colour with his ‘Risk Theme Park’.

The target for this year’s judges – Pearman, artist Nathan Coley and previous winners Amelia Hunter (2014) and Tom Noonan (2013) – seemed to be a drawing not that represented a proposal but that was propositional in itself; one that through the act of rendering intimated other possibilities, liberating rather than closing down the viewer’s thinking. The judges’ language seemed to skirt around the same inscrutable issue but the criteria were fixed and incontestable. Coley was looking for ‘drawings that record a process rather than just presenting a result’, Noonan craved ‘work that pushed some boundary of representation’ and Hunter sought something ‘on the edge of bravery’.
As it turns out, the judges were less swayed by the time a drawing might have taken, than by the immediacy of its visual communication.  And size didn’t matter either – some 2m long drawings were summarily dispatched leaving others no bigger than a sheet of A4. Even a stimulating and clear programme might stumble before a vague, even surreal narrative. The drawing was everything. As a stopped clock tells the right time twice a day, so vagueness can be captured in a moment of needling clarity.

Coley put it most succinctly when he said that a drawing is not a ‘closed device’ but an evolving interrogation: ‘We want people to manifest a consciousness of the type of drawing they are doing – is it correct for the feeling they want to express?’ After seeing this year’s winners, we hope you agree that they are.

Delft-based practitioner Hamed Khosravi’s monochromatic studies for three individual competition projects stayed at the forefront of the judges’ minds from the moment they saw them in the initial run-through. What drew them in was the use of the same technique of ‘photocopy collage’ being applied to three different narrative scenarios, drawing a nuance out of the technique. Drawn expression of the unrelenting, brutalist nature of his critique of the slab typology in Tehran, for instance, took on a wistful softness when applied to his ‘Variations in Urban Garden’. And the almost kick-yourself crudity of his ‘Urban Infill’ in Venice struck the judges with a tangible precision that captured the essence of an urban death in Venice where even the canals have sunk beneath Khosravi’s imposed grid. For the strength of all three images the judges were unanimous in declaring it this year’s winner with Pearman, despite the clearly different projects, reading them as a ‘holistic triptych’. Noonan enjoyed the fact that ‘the drawings stand up to scrutiny’ with Hunter loving their ‘rotten grid’. Coley liked the way the drawings forced you down their rabbit-hole, calling Khosravi’s work ‘uncompromising and atmospheric’. 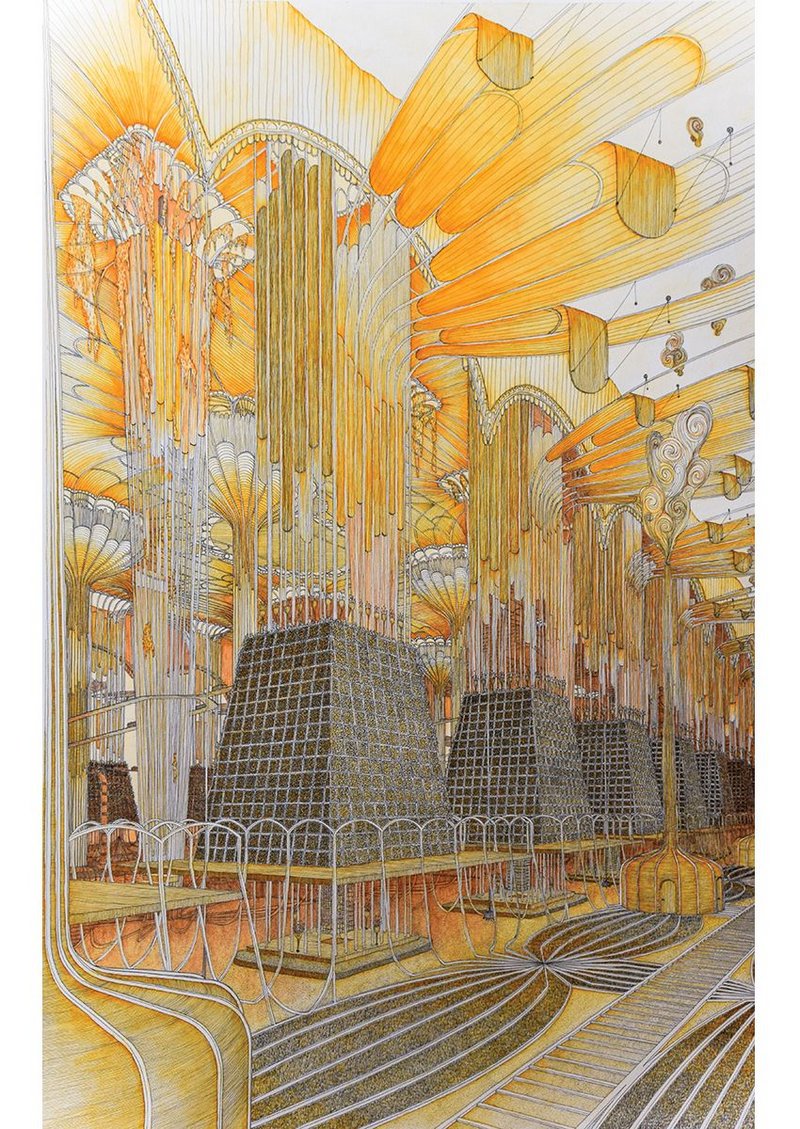 In Farah’s syrupy fantasy Mary Berry rules as Queen of Sugarburgh. In this city, the topography is a table top, beneath which a whole newly melted world ‘drips’ down only to freeze into a caramelised ‘brittle’ urban landscape. Farah’s caramel ‘secretion towers’ here seem formally to fill the void left between French Art Deco and Italian visionary Antonio Sant’Elia’s Futurism. All is meticulously drawn in 0.1 black ink and then drowned in caramel amber watercolour. Beguiling the judges with the concept as they dived into the immersive richness of the images, all put the entry in their top three. With its amber hues redolent of Soane’s ‘dull religious light’, the pervasiveness of the single colour was ‘strangely refreshing’ for Hunter, while Noonan echoed its ‘eerie quality of light’. Pearman was rapt by their sheer presence; while Coley, oddly for an artist, advised that when discussing it, the judges ‘should not shy away from unfashionable adjectives like beautiful’. 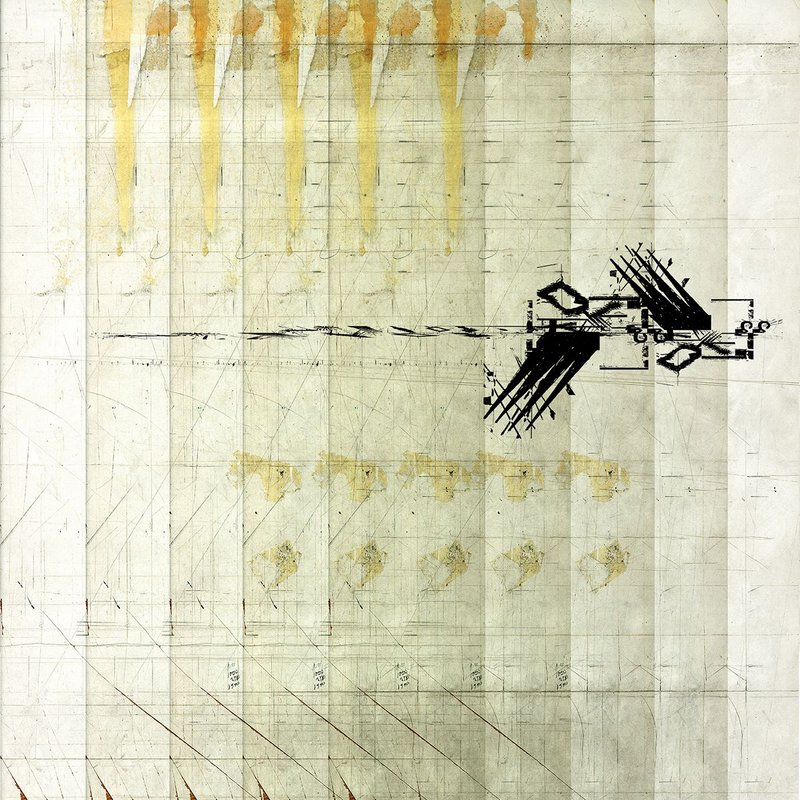 Pearman praised the boldness of the head of the University of Greenwich’s submission, leading to a discussion about whether the former Bartlett tutor’s body of pedagogical work might make him the subject of more or less criticism. In deliberate counter point to the surreal digital output of most of his students, Spiller has remained devoted to works in pen on paper, and the Longhouse submission – presented as a real house for a professor of Surrealism – is no exception. Here, Spiller sets Henry Moore against Francis Bacon in a fight for supremacy of his initial conceptual studies for the ongoing design. Noonan was impressed by the butter paper ground plan that, like Mike Webb’s seminal ‘Temple Island’ project, ‘intimated its intuitive, time-based nature’. Coley picked up on Pearman’s registering of the work’s ‘reflective quality’ by noting that drawing dimensions were all in inches rather than centimetres. The third prize was best summed up however by Hunter, who felt it important to recognise people ‘who spend their lives interrogating the act of drawing itself’.

RMIT professor and landscape practitioner Anton James’ loose, conceptual sketch book paintings attempt to get to the core of creating a new 345ha park in Western Sydney on a brownfield industrial site. His loose, intuitive style of representation is the tracking of a response at its genesis, a gathering of conceptual forces. There’s a nod to Will Alsop in their fluidity and, as Noonan notes, in his simple plan pictogram, a semblance of a Cedric Price ‘big idea’. While the judges felt that in isolation the individual drawings might signify little, taken together, as Pearman sums up, ‘in a few deft, elemental lines and splashes of colour, a sense of the landscape, context, challenge and response begin to emerge.’ 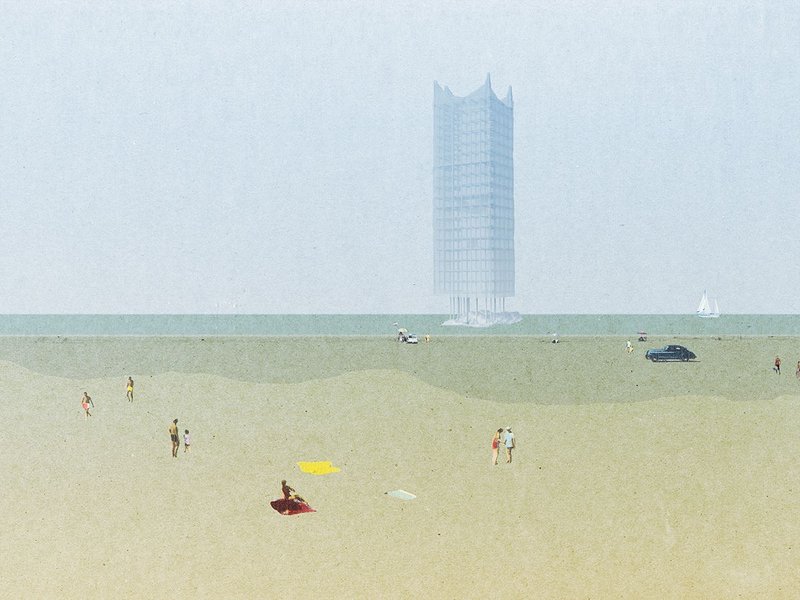 Kirsimagi’s proposal for a theatre on a Florida beach makes marionettes of us all using a building with a party hat on, intended to play the role of a puppet; a festive yet empty prop, changing with the light and looking down on the performers on the beach below. The slightly ghostly presence was created using Photoshop to create a collage of paper and model photographs. The judges were impressed by its Superstudio-like flatness and emptiness and by the boldness of the composition. The simplicity of the images all contributed to the atmospheric effect. Pearman was drawn to its ‘straightforward technique and cool sparseness’, with Hunter remarking on its ‘confidence and control’.

The delicate axonometrics of Hall’s Ise shrine echo the traditions of Japanese shrine-building, where, since the 7th century, the woodland shrines are destroyed and rebuilt every 20 years in a continuous cycle of continuity and impermanence. Based on the indigenous narrative of hand scroll paintings, Hall has looked to see how the traditional skill might be used as a representational tool for the architecture – perhaps it’s no coincidence that kami in Japanese can mean both ‘deity’ and ‘paper’, depending on the characters used. Coley could not comment on the architecture but was struck by the delicacy of expression. Pearman was encouraged by the presence of and representation of humanity in the images – a fundamental component of the shrine building process. Fine, tiny and almost Luddite in execution, he saw the pieces as both ‘off kilter and artful.’ 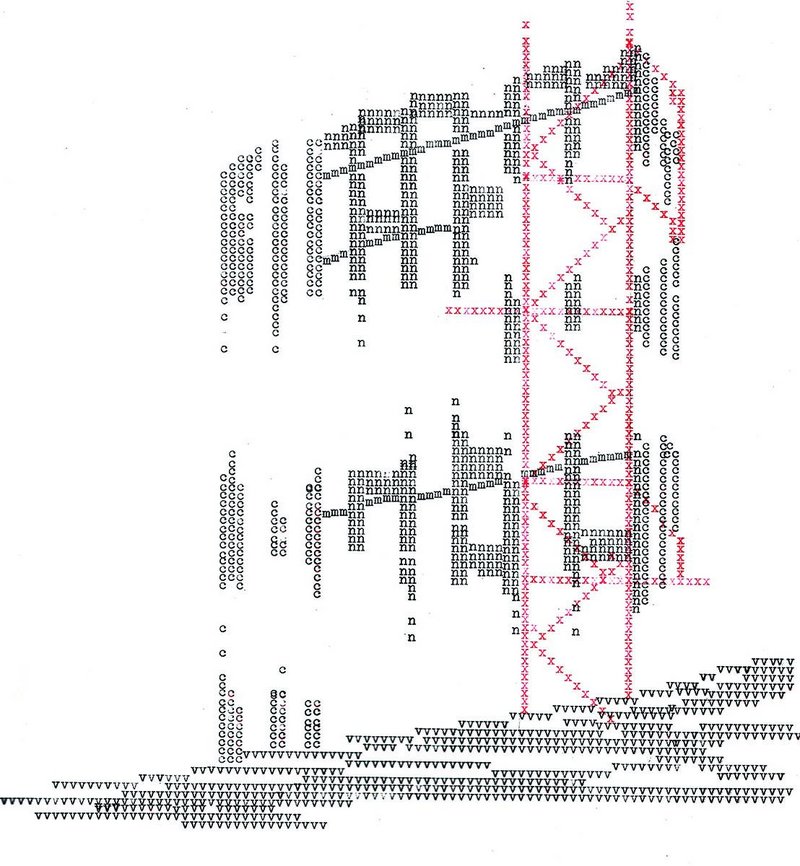 Of all the works submitted, Ifram’s typographical pictorial studies, fashioned from conversations with residents of an east London estate and an old style typewriter with black and red ribbon, caused the most lively debate. Perhaps, as Pearman said of the process of recording, the medium spoke metaphorically of some otherwise unheard voice. Coley seemed romanced, in a Tinguely-esque way, by the idea of ‘using a machine to build a machine’, saying ‘whatever you think about it, it’s doing something no-one else is doing – proposing rather then presenting.’ Noonan was more guarded, excited by the potential of its ‘teetering on the edge of something’ but wanting to know ‘how much further she could have pushed the machine’.  Hunter however ran with its elemental nature, calling it ‘a good antidote to aesthetic porn’. 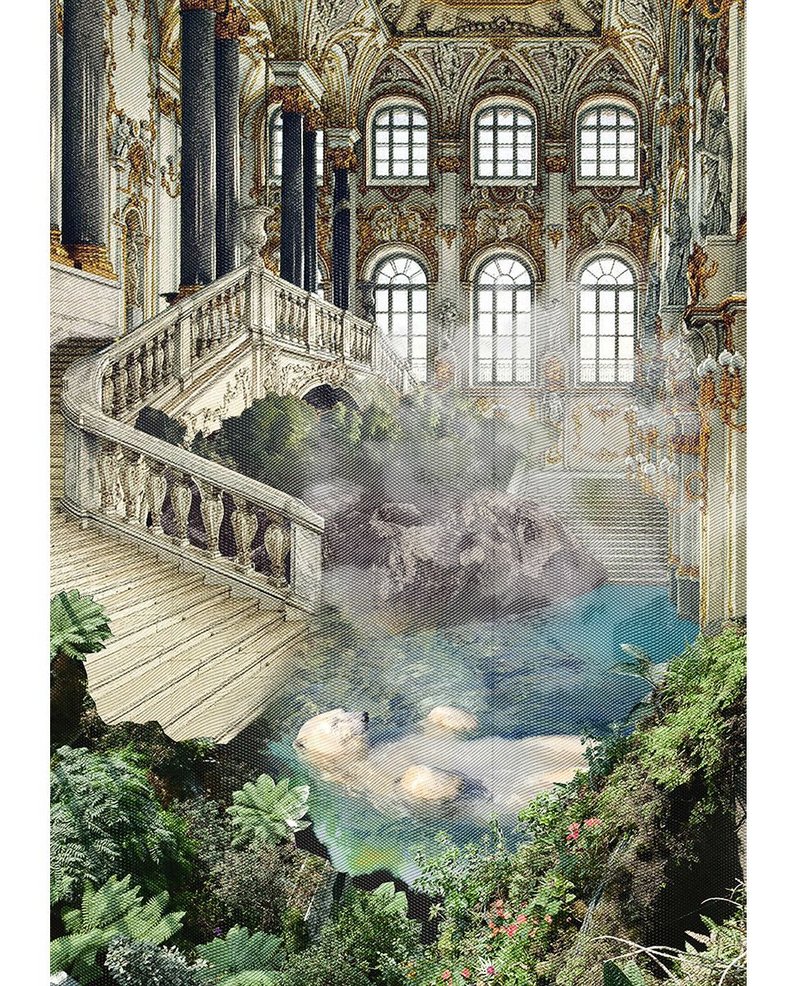 Skye Yuxi Sun’s initial proposition at first seems fantasist – an archipelago of islands  acting as a tax haven for the world’s wealthiest elite, constructed in the middle of the Thames estuary? Skye seems to look at it with humour, a near-extinct polar bear luxuriating in its own freezing pool. But as she pulls back in scale the idea doesn’t seem quite so strange; the islands, rendered out of the white of the page, have real form. And her island plan engaged. ‘There’s a layer of pure seduction,’ says Noonan. ‘It could just as easily be a constellation’. And would it matter? Far from rendering the project absurd, a gnawing awareness of its ultimate tangibility creeps up. Wealth and decadence merge suddenly with viability – this is Grexit, pursued by bear.