Even if you think you know every interesting building in London, do you know where they are? This app will change your walk to work 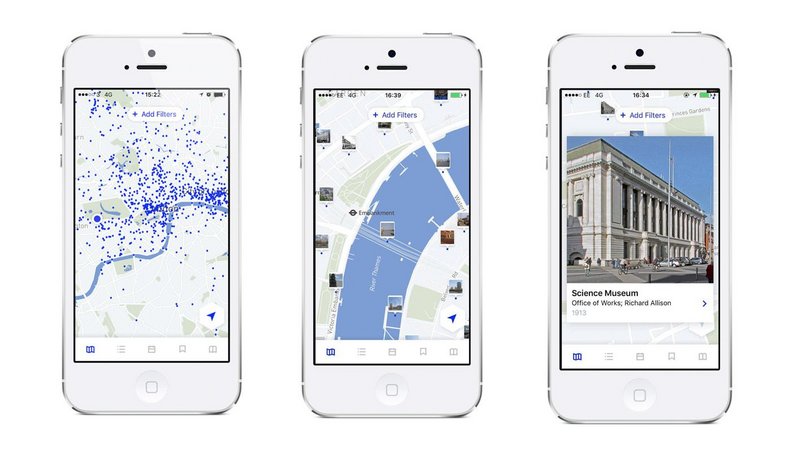 Digital guides are an invaluable resource in navigating modern cities. Most mainstream guides might have an ‘architecture’ section, which cherry-picks landmark buildings or projects by famous architects. But apart from enthusiasts, few people have time or inclination to locate more obscure places of interest.

A few years ago, a client and I attended a meeting at an unremarkable office building in Hammersmith. When we came out, deep in conversation, we took the wrong turning and stumbled across Rogers Stirk Harbour’s Stirling Prize-winning Maggie’s Centre at Charing Cross Hospital, an immediately recognisable architectural gem. Sometimes, the incidental can be a truly joyful experience.

People tend to build a mental map of places, which is based on their own experiences, but sometimes unable to connect different locations, which could be quite close. For example, it took me ages to figure out that you could walk between King’s Cross, St Pancras and Euston in a few minutes, as I’d only ever approached them from below ground.

The Architecture Foundation’s London Architecture Guide is an innovative and user-friendly tool which offers an insight into some of London’s finest buildings and spaces, with a well-considered balance of historic assets and more recent ones. The range of projects is immense, from one-off Voysey houses to whole GLC estates. 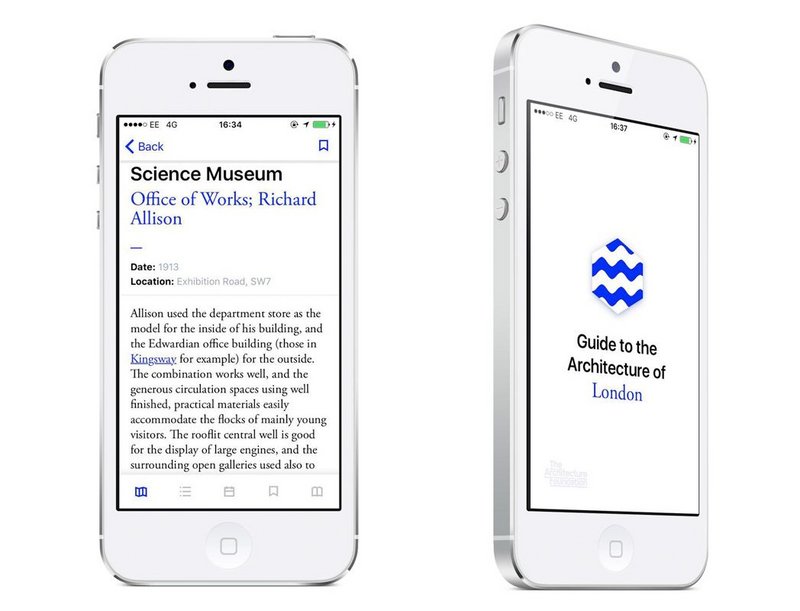 The app incorporates over 1,100 buildings, each illustrated with photographs and critical text. All entries can be GPS co-ordinated and quickly filtered by proximity, architect, building type and architectural era. One click then connects you to Apple maps and offers real time walking directions. The ‘nearby’ function also identifies other entries in close proximity, which may be around the corner.

The new digital platform expands on existing research by architects Edward Jones (Dixon Jones) and Christopher Woodward, who authored the original print editions of the Guide to the Architecture of London.

Using the app, what first strikes me is that, like the Tube, most things in London happen to the north of the river, with the vast concentration of entries located there. These appear as small blue dots on a scaleable background map. When you zoom in, a small thumbnail appears, which is clicked on to open the entry. Itself this is graphically clear, but at certain scales, it can be difficult to differentiate bet­ween the blue dots and smaller bodies of water.

From reading the credits, its unclear how the list is put together or how buildings were selected, and whether this is influenced by the architects themselves. Although the Architecture Foundation publicity states that buildings will be added each year as projects complete, there are some omissions. For example, the aforementioned Maggie’s Centre does not show in the guide and nor does the award-winning Brentford Lock West, among others.

However, these are small criticisms of an otherwise excellent resource, which is free to download from the App Store. It is understood that the project was sponsored by Brockton Capital, which helped keep it free to access.

Architectural anoraks like me will relish this tool and no doubt more tech-savvy students of architecture will use it to its full capacity. As well as the mapping function, it has a diary of events and writings on each of the eras covered. If the content can continue to grow I’d like to see one for other cities such as Birmingham, Bristol, Leeds, Liverpool and Manchester.

I would like to think that the app will become a more mainstream resource for use by regular Londoners, day-trippers and overseas tourists alike. I will certainly use it whenever I’m in London, so to avoid missing out on a bit of inspiration which I otherwise would.