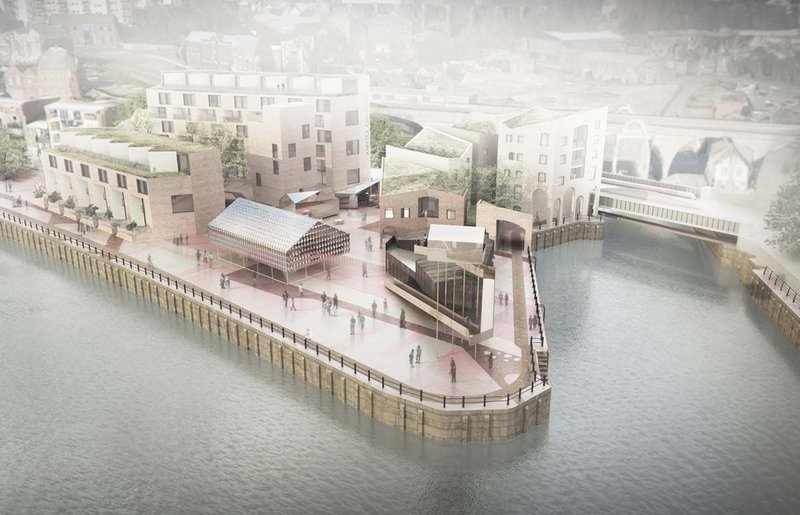 In the last decade years we have become accustomed to ‘designed’ public space, where the bollards are not chosen by highway engineers and trees are delicately planted alongside robust objects to sit on (benches are so last year). But the London Gallery’s gathering of designers and designs of urban fabric has a different tone.

First of all, the five featured designers are all women (and the work of their mixed gender practices, it should be said). Secondly, what are featured here is not just those little bits narrowly categorised as urban design but much more: here muf is making space for cricket while development awaits in East Croydon, there Alison Brooks gives a new edge to the city with a design to run alongside the River Avon in Bath.

The urbanistas selected by curator Lucy Bullivant present variety of practice. Leeds-based Irena Bauman of Bauman Lyons Architects has a strong local ethos, not working anywhere more than two hours’ drive away as part of the practice’s aim to maximise productivity and gain a deeper understanding of place. Works include making Leeds more navigable by brightening up the Neville Street underpass. Alessandra Cianchetta of Paris and Basel-based AWP is taking urban design right to the bleak centre of Paris’ business district, La Defense – and in the meantime is bringing a little of Sweden to Newcastle at Malmo Quay.

The urbanistas talk about that earlier generation where female role models were scarce – though a few women stood out. For landscape architect Johanna Gibbons of J&L Gibbons it was Dame Sylvia Crowe and her infectious enthusiasm for place. The growing number of women in the profession is a slow change but it is gradually making its mark. This show proposes that its chosen designers are moving the environment in a different direction, less as a deliberate policy and more in an incidental way of bringing a nuanced vocabulary of design to it with words like soft, fragile and supple.

Urbanistas: The women changing the design of our cities today