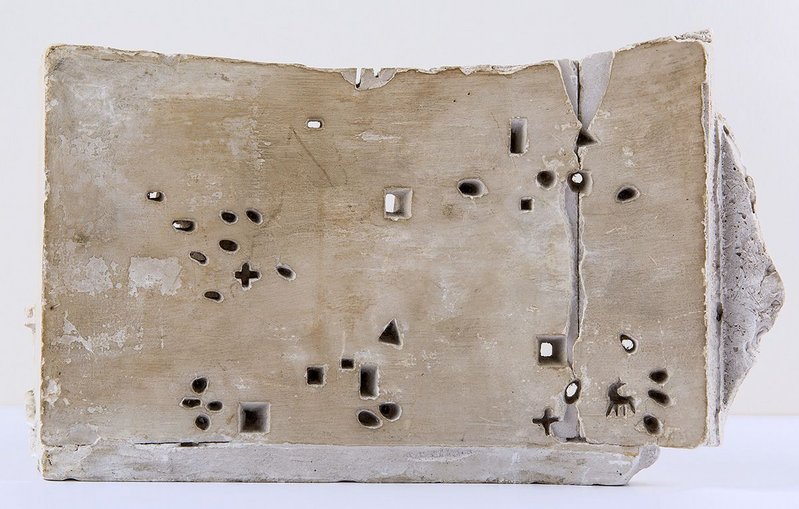 For some time now, dystopia has dominated our vision of the future. From Margaret Atwood to The Hunger Games, tomorrow has rarely seemed so bleak. Architecture’s confrontation with the future is simultaneously more direct and more discursive than these populist imaginaries: more direct, because architects are called upon to shape tomorrow’s built environment, and more discursive because the history of architectural design is littered with half-baked strategies and whimsical reveries. It is these untrodden paths that form the focus of This Was Tomorrow, a curious and arresting exhibition at the Swiss Architecture Museum in Basel. 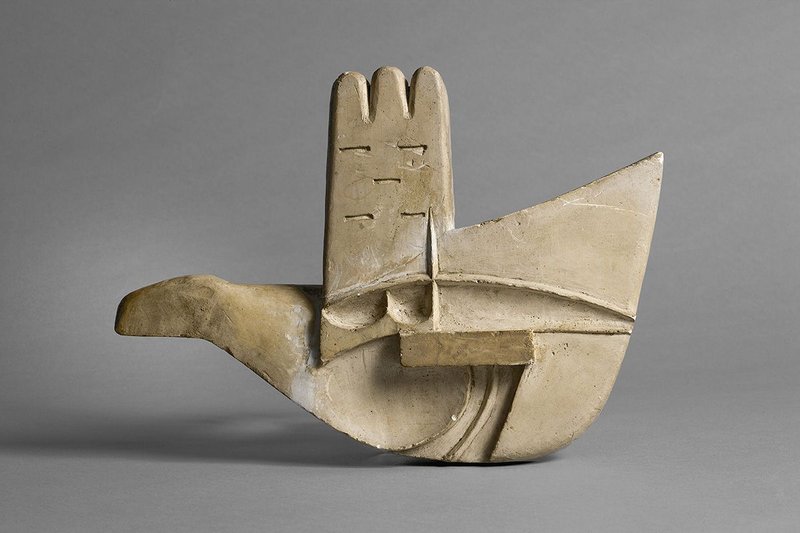 At its core, This Was Tomorrow sheds light on the various ways in which architects imagined the future in a different – perhaps less pessimistic – age, beginning in the 1950s with Le Corbusier and culminating in the work of Aldo Rossi and Superstudio in the late 1970s. Part of the Drawing Matter project, a family of activities overseen by Niall Hobhouse and grounded in his remarkable collection of architectural drawings and models, the exhibition sits within a broader network of workshops, seminars and teaching activities that seek to examine the practice of drawing and the impact of the designer’s hand on architectural discourse.

More than simply an archive of historical concepts and tastes, Drawing Matter approaches the notion of the architectural drawing from a number of critical vantage points. These circulate around the communication and evolution of ideas through sketching, the emotive power of the drawn image, and the physical space of the drawing itself: themes that surface in the exhibition. 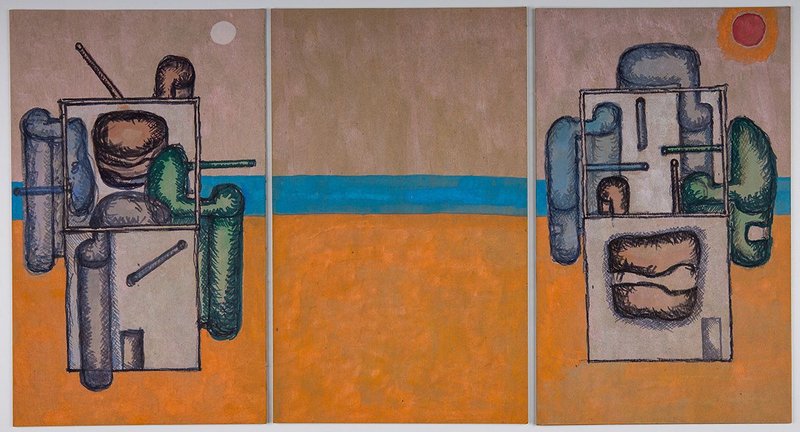 Not all these proposals can be considered ‘utopian’, but they are marked by an expectation of better things to come, whether in the form of innovative engineering solutions or – as in Constant Niewunhuys’ New Babylon – a life free from economic determinations. The refinement or otherwise of the drawings is not the main concern here, rather it is the power of the sketch as a tool of architectural proposition – a vehicle for conceiving, evolving and communicating ideas. Tomorrow was not just designed in this sense, it was worked through in concert with the very practice of drawing.

Siza’s sketches are perhaps the most obvious example of this intention. Across one page several perspectives of a building might be explored, with the architect zooming in and out from masterplan to minute detail. Elsewhere, John Hejduk’s refined plans show how the simple reorientation of a drawing can expose new spatial possibilities, while Stirling & Gowan’s volumetric collage for Leicester University Engineering Building deploys various historic tropes to arrive at a distinctly modern outcome.

Seeing the work of specific individuals or collectives clustered together in this manner draws out the special qualities inscribed through and by the architectural sketch. While all design drawings are to some extent aligned to the future – marking out what could or should be built – the domain of architectural representation also encompasses less stringent visual forms, from the preliminary sketch to the evocative presentation. It is these open-ended meditations that provide the central thread for This Was Tomorrow, and the wider Drawing Matter project. At the same time, however, the sometimes fantastical concepts contained in these drawings are grounded by virtue of their architectural – rather than purely artistic – authorship. This lends the works a political edge: a factor drawn out in the very staging of the exhibition.

In his recent book Last Futures, Douglas Murphy suggests that architecture effectively gave up its role as a vector of change towards the end of the 1970s. Where the post-war years had seen urban planning elevated to the status of vital social endeavour, the cataclysmic predictions of subsequent decades found architects retreating into the relative safety of post modernism.

Highlighting this political and aesthetic shift, the final section of This Was Tomorrow focuses on Aldo Rossi, displaying examples of work by the Italian architects alongside drawings by Mies van der Rohe, John Soane, Giovanni Montano and others. While this approach underlines the ongoing dialogue with architectural history established by Rossi in both his practice and teaching, it also retrospectively frames the preceding rooms, asking the visitor to reconsider the exhibition itself as an ‘imaginary historical landscape’. Echoing the wider ambitions of the Drawing Matter project, this curatorial manoeuvre shows how a collection of drawings may become an active interlocutor in the present and future of architectural practice. Such a deployment of the past goes beyond post modern pastiche to arrive at a critically engaged appreciation of the drawing as compass, showing not only where we have come from, but also where we might be headed.