Fresh back from Hong Kong, Hugh Pearman wonders how useful the aesthetic agonising of our planning system is

In the UK we operate in a system of planning officials and committees, many now guided by separate design review panels mostly comprising architects and other built-environment professionals. So I got away from all that and spent some time on the other side of the world in a place where none of it seems to apply: Hong Kong.

The former British colony provides a lesson in super-density of course – a function of the shortage of buildable land, which is why they are forever reclaiming it from the sea to build on. Cheek-by-jowl living, working and playing is the norm, but how is it controlled? The answer I got from everyone I met is that it isn’t really – only in the crude sense of applying plot-ratios to govern overall height and how much of the plot you can totally fill. I didn’t get the impression that there was a great deal of agonising over aesthetics. Rather like Dubai, there is so much going on that good architecture just gets lost in the crowd, and the ensemble effect becomes the thing. It works for them, and for much of the world. 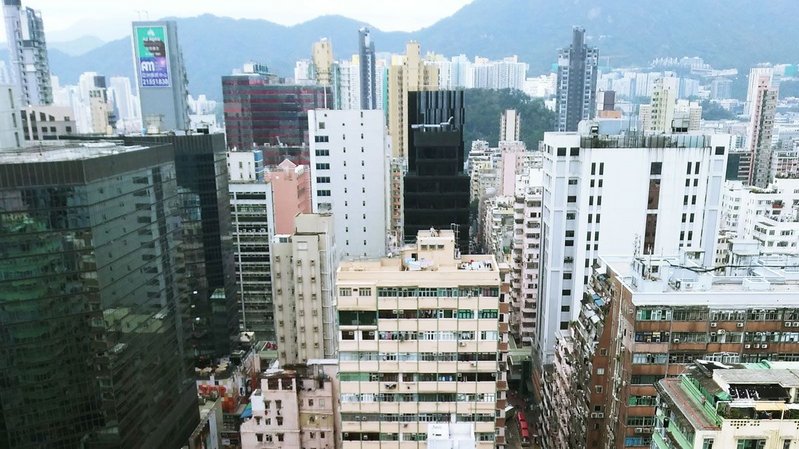 Cheek-by-jowl living’ in Mong Kok. The Mong Kok district of Hong Kong is often claimed to be one of the highest density neighbourhoods in the world at 130,000/km2 or 340,000 per square mile. Credit: Thomas Chung.

I found myself wondering if this mattered much. After all, it’s not as if everything that gets built in the UK is of supreme quality, for all the aesthetic agonising that we go in for. That’s why we have awards – in fact, the best awards system in the world – to single out the good stuff, to make the case for quality. Similarly the buildings we cover in this magazine are the good ones, not the dross, for all that we offer robust critique. The same is true of all architectural media.

Those who sit on design review panels will be familiar with the situation whereby any of the (invariably good) architects on the panel could do a better job than the (often not nearly so good) architect/developer presenting some disappointing scheme or other. But that – maybe with a few improving tweaks – is what will mostly get built. Lifting overall quality is a far harder task than heading off the occasional potential horror. But what if we’ve got it wrong, and shouldn’t even try?

I’ll return to Hong Kong in future issues: it’s fascinating for all kinds of reasons. As for here, plenty of people in the past as well as the present have argued that planning controls don’t really work, indeed act to constrain supply, push up rents and house prices, and stifle creativity. As long ago as 1969, ‘Non-Plan’ was devised as a concept by Reyner Banham, Paul Barker, Peter Hall and Cedric Price, published in New Society magazine. Years later Barker summarised this as: ‘Could things be any worse if there was no planning at all? They might even be somewhat better.’

Well maybe, in some places – though try to persuade people living on the edge of the Green Belt or in National Parks. I don’t recommend it. But be honest: secretly it’s an appealing notion, isn’t it?

Let us know your thoughts: letters.ribaj@riba.org