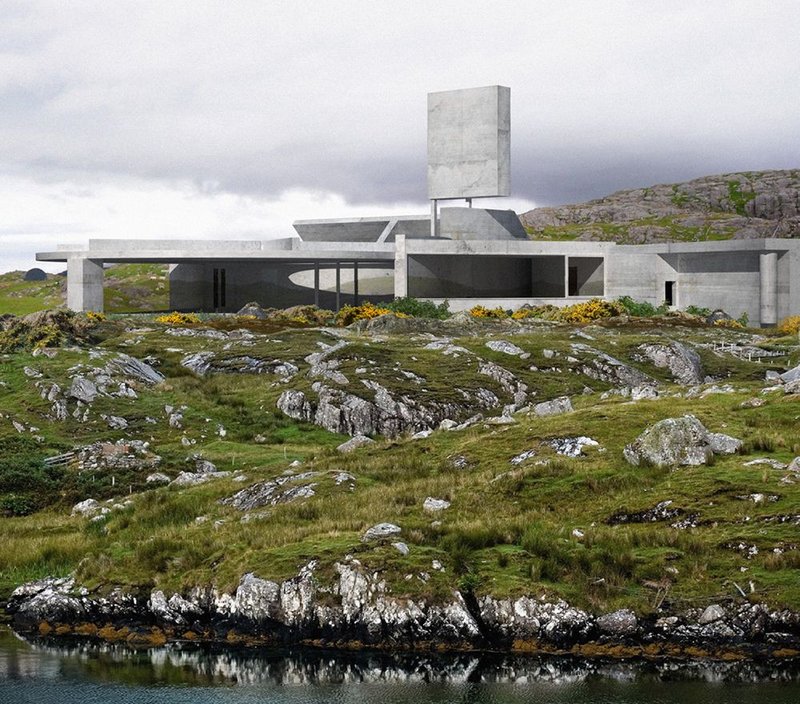 Both Australia and Scotland offer, in very different ways, highly challenging and stimulating environments for architecture. Whether it be the extreme heat of the Australian bush or the bracing climate of the Scottish islands, both contexts require a respectful approach to the environment while maximising the often stunning potential of the landscape.

In Glasgow, the Lighthouse’s new series Touch the Earth Lightly, named after the Aboriginal concept of minimal impact on the landscape, explores new architecture in both these settings. Appropriately, it kicks off with an exhibition of work by the leading Australian architect Glenn Murcutt, well-known for the emphasis he places on achieving harmony between nature, materials and climate. The exhibition includes many of his celebrated designs of individual houses including the Simpson-Lee house in the Blue Mountains, often regarded as one of his most significant works. This exhibition will be followed later this month by an exploration of Scottish housing and another dedicated to eight new house designs for the Isle of Harris.

‘Glenn Murcutt has built his practice on his regard for the landscape and environment in which he builds,’ says Lighthouse manager Ian Elder. ‘Bringing his exhibition to the Lighthouse has given us the opportunity to look more closely at rural architecture in Scotland, especially how it keeps an identity which is relevant to its location.’

The third show in the series is Island. Organised by the AE Foundation, this invited eight architects to imagine a house for real clients living in or moving to the Isle of Harris in the Outer Hebrides in the hope of stimulating discussion on how to live in that environment, and promoting the role of architects in that.

According to AE’s Samuel Penn, Harris appealed as a location for the project because its sparse, rocky landscape meant that the architects had to draw on their own architectural resources rather than respond directly to a surrounding context. While none of the clients have yet taken up the designs, architects who took part felt that the process had enabled them to evolve their practice, said Penn.

Touch the Earth Lightly, until October 4, The Lighthouse, Glasgow

Island – Eight Houses for the Isle of Harris, July 24-October 4