Shumi Bose, Jack Self and Finn Williams break time into ever expanding periods in their investigation into designs for living at this year’s Venice Biennale 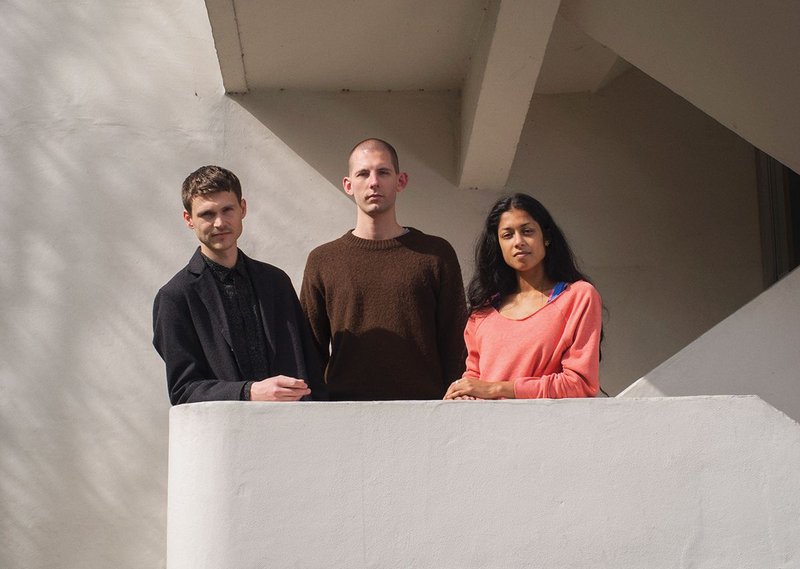 From left to right, Finn Williams, Jack Self and Shumi Bose contemplate Venice from the Isokon building. Credit: Sarah Lee

We meet at the Isokon Building in Lawn Road, Hampstead, the Wells Coates 1930s experiment in minimal-luxe collective living. The trio responsible for the British Pavilion at the Venice Architecture Biennale, opening at the end of this month, has chosen this place to be photographed. Their show, ‘Home Economics’, is all about finding new and more flexible ways to live and to afford to live well. But they are fully aware of past efforts in this area. Hence the backdrop of the Isokon which – well maintained following its restoration by Avanti Architects a decade ago – is looking very spruce.

The three in question are Shumi Bose, architecture critic and teacher; Jack Self, fellow architect-trained critic (and joint editor with Bose of the impending new crowdfunded architecture magazine, the Real Review); and Finn Williams, architect-turned planner working at the Greater London Authority. Williams might have had a more orthodox career path than the others but by moving from designing to enabling (and teaching) has had quite some impact on the planning world. His regeneration patch is north-west London and he has founded a public-sector planning think tank, NOVUS. He and Self have both worked in practice, for OMA and Jean Nouvel respectively. Bose juggles the familiar shifting portfolio of jobs available to the young architectural writer and academic: she is at present teaching 250 students at the AA, the Bartlett and Central St Martin’s.

Self is the official full-time director of the project, while the others add their contributions from their differently busy lives. Their office is wherever they happen to be: after the shoot they convene in a nearby café to discuss progress. Their British Pavilion exhibition is being built as we speak. Because the British Council always manages our pavilion at the Biennales, this is also the swansong of Vicky Richardson, its just-departed director of architecture, design and fashion.

The three seem reasonably relaxed in the circumstances. But then all have emerged from, and take part in, the unforgiving environment of the architectural crit where ideas are routinely tested to destruction. They appreciate that it is always hard to get a single big idea across in the aloof, compartmentalised British pavilion. ‘It’s a condition we decided to work with rather than against, from the beginning,’ explains Bose. ‘The pavilion itself is a villa,’ says Williams. ‘It works with the games of scale we’re playing, scaling up and scaling down.’ Self adds: ‘We found a number of design solutions which gave us a lot more control over the plan and volume of space we have to deal with.’ The upshot of this is that they use the rooms for a series of domestic tableaux that are treated as architectural models blown up to 1:1 scale. Each is about ways of living determined by a given timespan: hours, days, months, years and decades.

The pavilion itself is a villa, says Williams. It works with the games of scale we’re playing, scaling up and scaling down

‘Hours’ is the first, largest room which they have conceived themselves, covering the idea of sharing rooms as a luxury rather than necessity. There’ll be just two pieces of furniture, doubtless interestingly imagined: a daybed and some storage. Hot-bedding rather than hot-desking. Then comes ‘Days’ by the Ayr art collective, which riffs on the Airbnb notion of transitory homes in which one’s electronic devices are our real reassurance. ‘Months’ is by the Anglo-Italian pairing of DOGMA and Black Square, and re-imagines short-term residencies in a way that includes all your domestic needs, not just the space you inhabit: the boarding-house revisited. ‘Years’ by British-Venezuelan ­architect Julia King, is about minimal-cost homes that are not treated as investment chips: so it’s about the design of finance as much as the place itself. Finally ‘Decades’ by Anglo-Norwegian practice Hesselbrand, proposes an ultra-flexible house for changing generations, technologies and physical mobility. Hesselbrand is also responsible for the exhibition design throughout, with graphics by OK-RM.

Very unusually for the ideas forum of a Biennale, Bose, Self and Williams don’t just want fancy concepts, but practicable ones too – each room-concept was vetted by relevant ‘industry advisers’ including hoteliers, financial institutions, engineers, housebuilders and planners – and top chef Fergus Henderson. With the exception of Henderson and engineer Arup, most of the advisers are of the young and funky variety. You don’t get Persimmon Homes, say. You get Naked House Collective Builders. In other words, outfits that are already trying out alternative strategies.

The three want their exhibition to have a legacy in the form of ideas that get tried out for real. Says Bose: ‘Being quite young at this game, we felt it would be a good idea to root our ideas with people who are doing gritty things in delivery.’ Williams feels that an unfettered idea is irrelevant unless it has some traction with reality.’ And Self, ever confident, concludes: ‘We’ll have influenced the practice of the advisors as much as they’ll have influenced the practice of the designers’.

The 15th Venice Architecture Biennale, ‘Reporting from the Front’, under the overall directorship of Alejandro Aravena, runs from 28 May to 27 November