Summoning the ghost of that great and eccentric architecture critic and provocateur Martin Pawley (1938-2008), I am going to talk about house prices. At one time Pawley was fascinated to the point of obsession by the subject, particularly the ‘leakage’ mortgages provided into the rest of the economy.

There was a great pretence going on, he averred. In the late 1980s, well into the ‘Right to Buy’ era, mortgages – deregulated and divorced from purchasers’ savings deposits – had effectively become all-purpose long-term loans. You’d borrow money to buy a home and add a wedge for other stuff. Some used it to improve the property; others bought flashy cars or holidays. Margaret Thatcher’s ‘property-owning democracy’ became a credit boom underwritten by soaring house prices.

So to today. We take it for granted, don’t we, that the UK has a housing shortage? Everyone keeps saying so. Not enough new housing is being built compared to this or that period of recent history. Property prices and rents are sky-high, so the laws of supply and demand must apply. Build more homes, everywhere! Drastically simplify the planning system to boost building!

To some extent the supply-and-demand argument must hold true. If the population is increasing and households becoming smaller, that surely leads to increased demand for places to live. However, housebuilding has been increasing all over the place for years, and the more they build, the higher prices seem to go. Government subsidies for first-time buyers vanish in this inflation.

Adherents of supply-and-demand overlook the investment aspect. Homes are financial assets to be speculated in

Adherents of supply-and-demand overlook the investment aspect. Homes are financial assets to be speculated in – hence ‘buy-to-leave’, that assumes rising prices, so no need to rent out. A pernicious practice, especially at a time of great homelessness.

The only big exceptions in recent times (pandemic apart) were the recession-induced house price ‘corrections’ following the 1980s boom and the financial crash of 2008. Suddenly demand vanished. People hadn’t gone away: the money had. In 2008 it was mortgages themselves which led to the crash, the sub-prime scandal. We did not learn from this.

A report last autumn, from independent-minded Bank of England staff (‘Houses are assets not goods’) has looked into the matter and concluded that the principal cause of soaring house prices is NOT so much supply and demand, more mortgages themselves. Cheap readily available money, driving up prices and rents. Of course it is not cut-and dried: economists will never agree. But it makes sense.

Martin would have relished this. The rest of us should be on our guard when – as happens in the present planning white paper – it is assumed that evidence of local ‘demand’ for housing is simply housebuilders wanting to build there. Sounds suspicious? It is.

There is most certainly a national shortage of genuinely affordable housing. Perhaps, rather than continuing to stoke up a dangerously overheated property-investment system that guarantees ever-higher prices right up to the moment of a crash, the government might try another, more infrastructural, approach. Invest directly in social housing for rent, at scale. Simple. 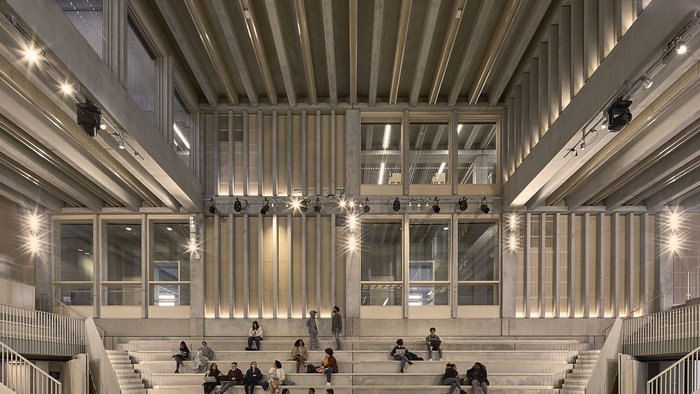