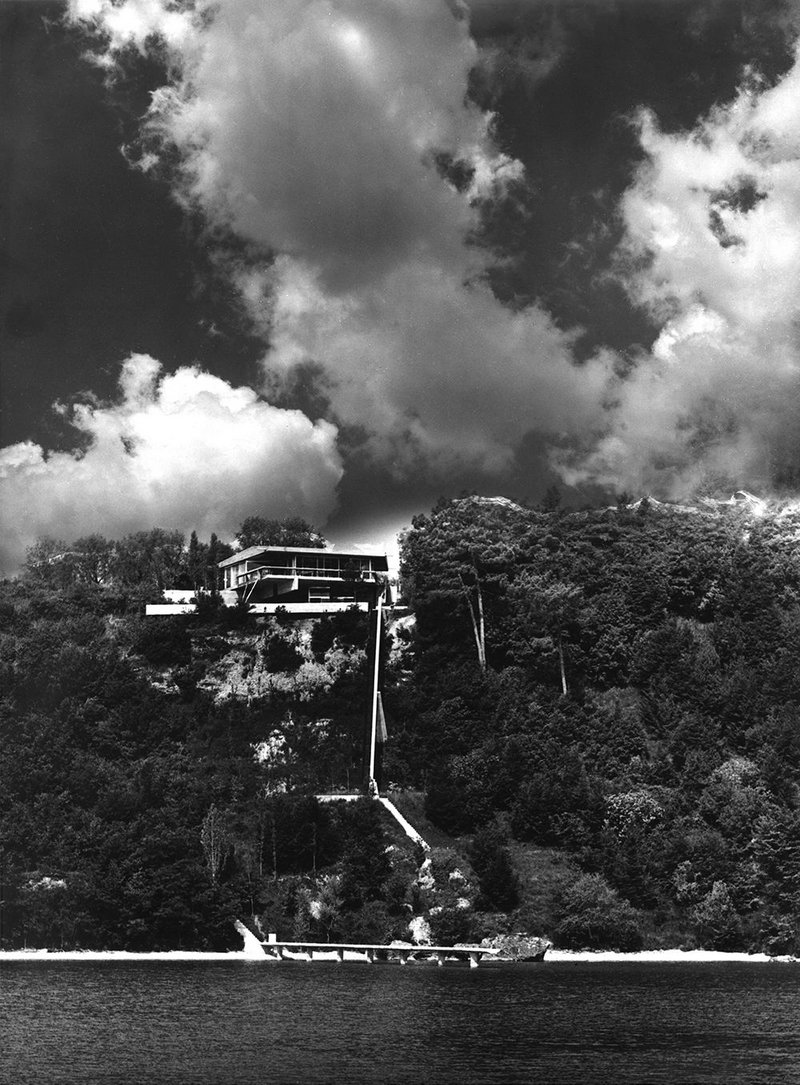 Vittoriano Viganò (1919-1996) was one of the most significant Italian architects of the post-war period, his work regularly featuring in the pages of Domus. Villa La Scala, perched on a cliff in a spectacular position overlooking Lake Garda, was designed by Viganò in 1958 for the artist, architect and founder of L’Architecture d’Aujourd’hui, André Bloc. Two concrete slabs, acting as floor and roof, define the horizontal volume of the building, while the external walls consist almost entirely of glazed surfaces, offering views towards the lake and the olive groves surrounding the site. The interior is mostly open plan. The house, cantilevered towards the lake, is slightly raised and almost floating above the ground; the concrete stairway, which gives the house its name and links it to the small beach at the bottom of the cliff, is equally raised from the ground, supported only at the two ends and halfway through its length. Uncompromising in its bold forms but at the same time highly responsive to the site, the house is often acknowledged as Viganò’s best work.