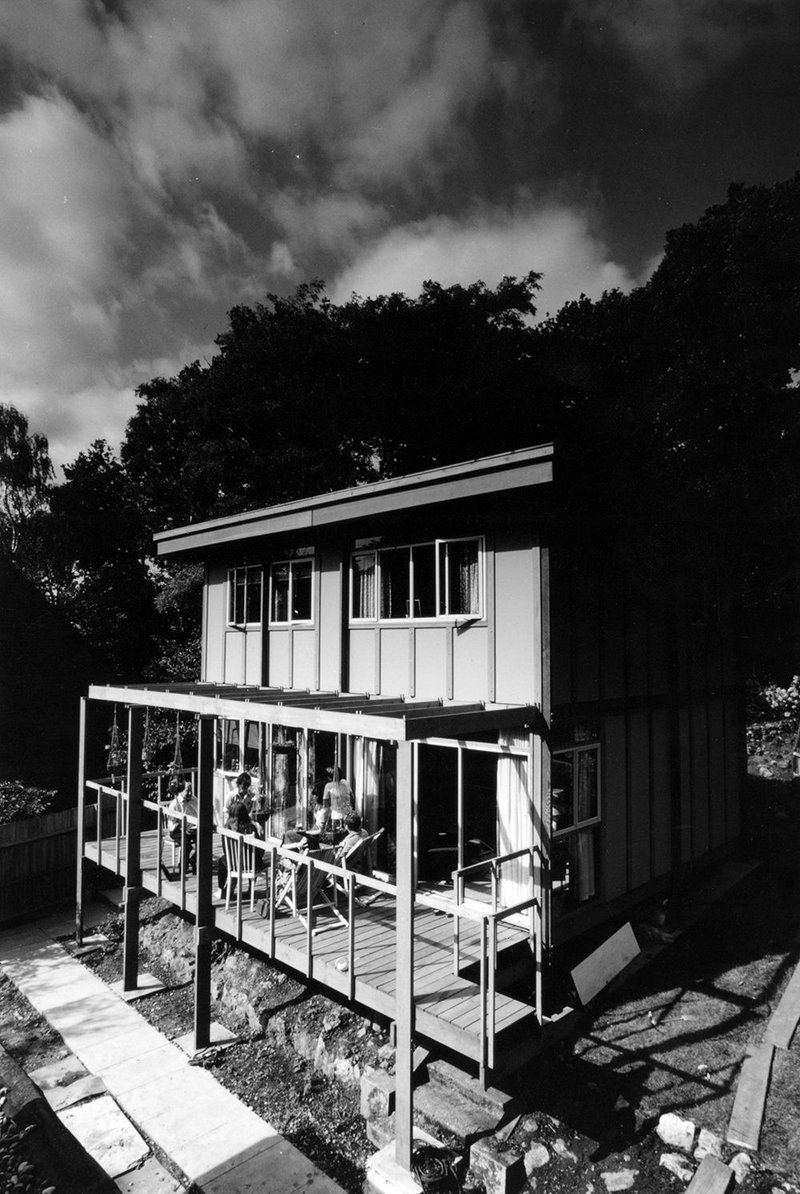 While the post-war rebuilding effort concentrated on housing the most people for the lowest cost, emigré ­Walter Segal developed a system of self-build council housing that put tenants in control of the design of their new home. Segal, described as a ‘combination of an intensely practical architect and an intellectual’, rejected the modernist steel and concrete of his peers instead favouring traditional timber framing. His first commission, a wooden holiday cabin in Switzerland in 1932, experimented with principles that became the Segal Method, but it was not until the 1970s that his ideas for low-rise, high density homes could be realised when Lewisham Council offered him four sites with terrain unsuitable for conventional building methods. Anyone from the Council’s waiting list was eligible to apply for the scheme and the successful candidates’ names were picked from a hat. No previous building experience was needed, though special preparatory evening classes were held, and Segal worked closely with each household. Although built using the same basic kit, the houses were designed to allow some individuality and each is unique to its inhabitant.