We Made That starts a project by developing the brief with the stakeholders. But it’s not altruism that drives their commitment to community and forgotten spaces 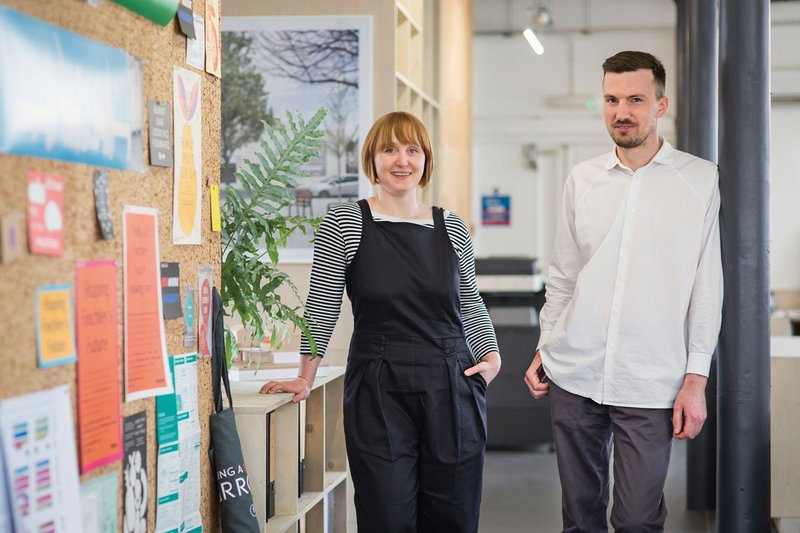 It’s said often enough that architects need to get out of their professional ghetto, collaborate with other professions and trades, be less concerned with look-at-me buildings and more with the public realm, do solid research, hit the streets and talk to real people more. It’s hard to disagree, especially when you are talking to one of the now firmly established practices which does all these things. Here they are, and they are called We Made That.

Holly Lewis and Oliver Goodhall started working together in 2006. Unusually, they set up on their own while at architecture school – the Bartlett – having won their first competition while still Part 1 students. An international competition in fact, for a tiny building: a beach hut at Mablethorpe in Lincolnshire, one of a series by various architects. Their resulting ‘A hut for gazing and canoodling’ – black bituminous fibreboard outside, pink stencil patterns inside, high-level corner doors swinging open to take in the view – might have suggested a future as buildings architects, quite possibly as designers of ­imaginative one-off houses of the postmodernism-revival variety.

But this was not the way they wanted to go. The pair wanted to be strategists as much as architects, as interested in fruitful urban adjustments as in new buildings. Determined to take on only public sector commissions, they stuck to their guns and made their own niche: more often than not working in what could be described as half-forgotten, run-down, overlooked parts of town. Reviving previously declining high streets, making congenial space for people rather than speeding machines, generally stimulating communities by getting directly involved with them.

Having finished their studies they went full time in 2010. ‘We used to say I did the words and Oliver did the shapes and colours,’ Lewis recalls. ‘It’s a bit more complicated than that these days.’ We Made That is now an 18-strong firm working in 22 of the 33 London boroughs, and further afield: a masterplan for the district around Runcorn Station anticipates the eventual arrival of HS2 services on the upgraded existing railway and makes a new urban quarter next to the terminus of the Bridgwater Canal on the site of a skein of now defunct approach roads to the original Mersey bridge. And the county of Lincolnshire has remained a client: We Made That’s feasibility study into developing creative industries in Lincoln and across the county is under way.

Scanning the list of their projects, you come across such titles as ‘London industrial land supply and economy study’ or ‘Artists Workspace Study’ alongside work that is more clearly landscape, or playspace, or art. If practices of an earlier generation such as muf pioneered this kind of approach in the 1990s, theirs was perhaps more of an arts-based approach. We Made That seems to like nothing better than crunching data. 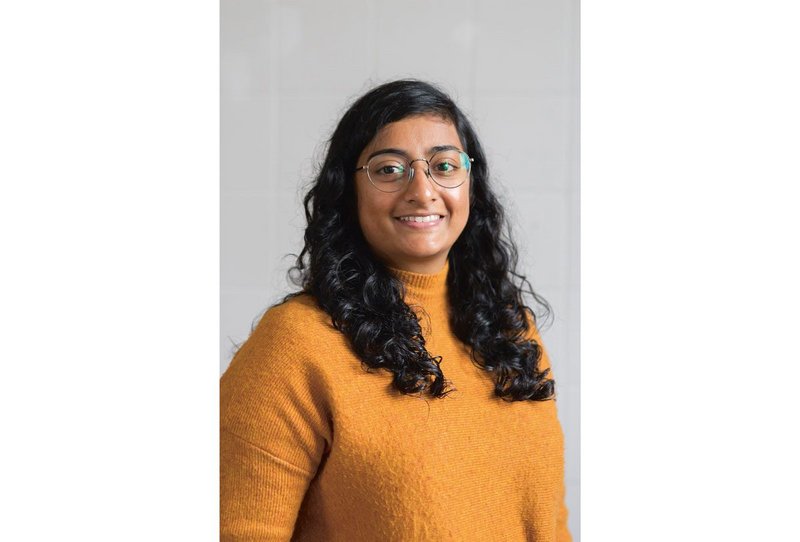 We Made That associate Nisha Kurian Credit: Lucie Goodayle

The day I talked to them, they fielded Lewis and their more recently arrived associate Nisha Kurian, who has worked for a variety of other practices from small to large, commercial and more public-focused. They are chafing somewhat at the restrictions of lockdown – after all, they are all about going out in the field, meeting and talking with people – but like everyone, they are managing, even recruiting. They announced an important competition win in the depths of lockdown: the North Vauxhall public realm delivery plan for Lambeth Council, leading a team including transport planners, engineers, landscape specialists and surveyors. It’s all about the space between buildings and transport corridors, in a part of London that is central geographically but distant perceptually, an interesting mix of industrial and residential that can be hard to navigate – and has Damien Hirst’s Newport Street Gallery in the middle and the Garden Museum at the northern end of it. The plans for public engagement – central to their pitch which came before lockdown – can’t now proceed in the way originally imagined of course so are on hold while they develop a new approach.

‘Our first project – the beach hut – meant that we were straight away in the public sector, and our interest in projects for the public has continued,’ says Lewis. ‘We are just following our noses, following our interests. It’s supported by that early stage where we were students, doing projects because we loved them. You had to be enthusiastic about them, and we are enthusiastic now. I guess it’s like supporting the underdog – underdog places as much as people – thinking that architecture and design and everything we do should be relevant to everybody, not just be the preserve of wealthy people. That shouldn’t be the case. We want to be more egalitarian about where those benefits sit.’

Kurian confirms that it was exactly this that drew her to join the firm in 2017. ‘I’ve worked at places which do a lot of large-scale work for developers , housing mainly. I wanted to work with the public sector more and the philosophy here of working only in the public sector is I think amazing. The approach is a lot less cynical. But also I find the work interesting – especially the community engagement. You start off with a project that doesn’t have a brief – you’re not sure what’s going to come out of it at first because what emerges comes from those discussions. People have ownership of it from the beginning.’

They’ve said previously that they don’t do houses for rich people, and they’ve not changed their stance. If, I suggest, someone was to approach them with a commission for a lovely £25 million one-off house in the Cotswolds, would they really say no?’ Lewis doesn’t hesitate. ‘Sure, we’d say no to that. We haven’t had exactly that, but we definitely get approaches that we say no to. And that’s how our portfolio is defined. I’m definitely not interested in designing a £25 million house in the Cotswolds, but we also get other, more tempting offers that we say no to.’

These are not the kind of architects who turn up to a selection panel meeting carrying a model or drawing of a finished building. ‘Generally we’re trying to sell our clients the process rather than the outcome. We don’t say “here’s our shiny thing”. Sometimes our approach goes down really, really well and sometimes that’s not what they’re after,’ says Lewis.

In their completed projects, buildings – real bits of built architecture – sometimes appear, almost as if by accident or as fruiting bodies from the urban forest floor. Do they, I wonder actively avoid built form? Both laugh – it turns out that this is a conversation they’re having right now about a project in Harlesden. ‘There’s a few more of those fruiting at the moment , we’ve got a couple of interesting projects on canalsides. We’re developing a niche in canalside workspace,’ Lewis says. Kurian explains how her Harlesden workspace proposal is to activate a neglected stretch of the Grand Union Canal on the northern edge of the Old Oak and Park Royal development corporation area. More leisure activities but also there’s room for workshops – perhaps associated with the boat-living community nearby. They don’t know yet, that’s the point – the uses will emerge from the discussion with the community, trying things out.

We Made That is not a hair-shirt practice, Lewis emphasises. ‘I wouldn’t let the community focus of the portfolio distract you from the fact that we’re really serious about the business side of things. We think carefully about how we’re structuring the practice and the projects, the resourcing, empowering people to run projects themselves, being transparent about our finances and practice management, paying people properly, being interested in growth. We don’t see any conflict in doing that and in doing the kinds of projects that we like to do. Being strong and resilient allows us to do more of that.’

They do their work in a joyful, humanistic , demystifying way, it seems to me. They don’t find their work dry nor do they present it as such. The stats are people, and the people inform the designs. It’s understandable that their work has featured in the RIBAJ’s Mac­Ewen Awards – ‘architecture for the common good’. But all architects and designers secretly hanker after the project they’ve not won yet, don’t they? What is theirs? Both Lewis and Kurian say the same thing in different ways: they would like to see some of these years of research and large masterplanning projects through to completion – including more ‘weird and amazing’ buildings designed by them. But in the meantime they are happy in what they do. As Lewis puts it: ‘There’s something rather lovely about writing your own brief and then delivering on it.’

More:
We Made That
Hugh Pearman
Architects as strategists
Business clients & services
Design construction & technology
A hut for gazing and canoodling