Challenge your preconceptions at this exhibition of young Korean architects, whose post-recession ideas should strike a chord 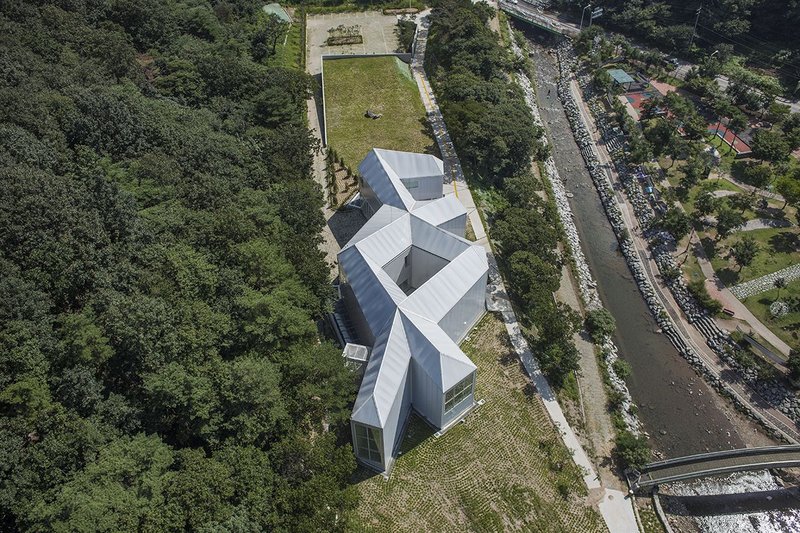 At the launch of an exhibition of South Korean architecture hosted by London Metropolitan University’s Cass Faculty of Art, Architecture and Design, dean Robert Mull joked that the Aldgate venue was appropriate, given that the area was in danger of being redeveloped to resemble downtown Seoul.

Yet the content of this exhibition – apparently the first ever in London dedicated to Korean architecture – reflects a sharp alternative to the fast-track, mega high-rise development that characterised that country for so long. Far more interestingly, the show explores how emerging practices have responded with a new sensibility to the very different conditions following the 2008 global economic crisis.

‘Out of the Ordinary: Award-winning works by young Korean architects’ is curated by Hyungmin Pai, winner of the Golden Lion at the 2014 Venice Biennale, and features the work of nine practices. Pai aimed to show how low economic growth has fostered a new kind of architecture born out of ultra tight budgets, marginal sites, retrofits and new types of client. This extreme situation  is producing, he says, a creativity rarely seen in the larger architectural projects.

Often this involves small but meaningful interventions in everyday contexts where previously architects wouldn’t necessarily be involved, such as Lokaldesign’s enhancement of the Han Riverbank Underpass, JYA-rchitects' hand-crafted design of a sausage soup restaurant or Joho Architecture’s car park, designed and built by a single architect.

Another development has been the emergence of a new market for one-off, low-rise private houses. ‘In Korea, the individual house is a very recent phenomenon and a radical change to the real estate market,’ says Pai, adding that architects are having to find a new language for projects that are so unusual there.

It’s been keeping architects like Chang Gyun Kim of UTAA Company busy. His practice designs around 15 houses a year, mostly away from Seoul, including the Black-box House featured in this exhibition. It also designs larger projects – the Sugar Lump House apartment building – which unusually provides balconies for each unit.

There is a focus on small, community-focused work as demonstrated in school projects by IAEO, and various interventions by OUJAE on Cheongsando, an island wrestling with depopulation and an ageing demographic. Public and private funding is being used to create a new identity for Cheongsando as a centre for tourism and traditional Korean food by finding new or additional use for obsolete and under-used buildings. Elsewhere in Pocheon, the publicly funded Pinocchio arts space for children has been created in an abandoned house by UTAA Company.

This beautifully presented exhibition will confound many preconceptions of the sort of work being undertaken by Korean architects today, and might strike a chord with emerging UK practices facing similar low budget, high creativity challenges over here.

Out of the Ordinary: Award-Winning Works by Young Korean Architects, until 28 February, The Cass Bank Gallery, Central House, London