Can new models such as customisation help close the performance gap in housing? Architects and house builders discussed the challenges and opportunities at the Recticel round table event 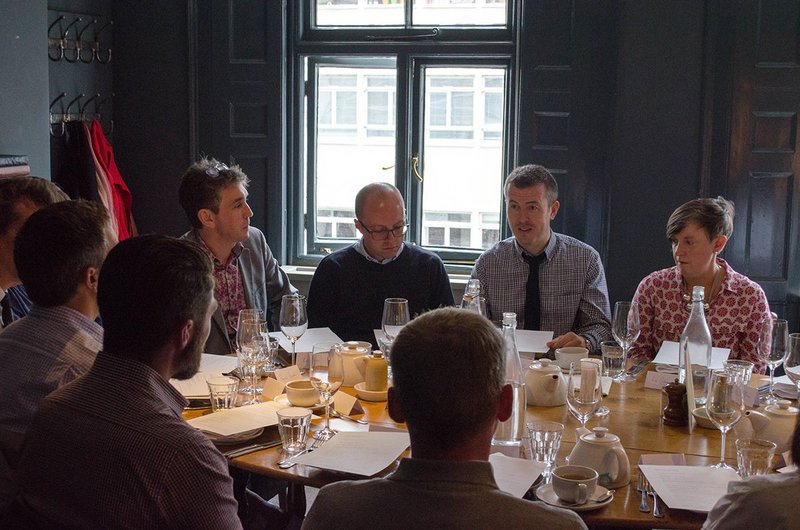 With housing in crisis it’s an opportune time, said Nigel Bidwell, chairing the Recticel round table on housing,  to consider alternatives to traditional house-building models that offer more flexibility such as customised design. As Michael Holmes of NaCSBA put it: ‘Government does recognize that the housing market is bust. It’s in listening mode, and realise that throwing money at the big house-builders won’t ever bring prices down.’

But what are the alternatives?

Some 53% of us would like to build our own house. But while few will ever be in a position to realise a Grand Designs-style self-build, there is potentially more scope for custom build housing, which, says Holmes, takes away the risk associated with such projects. Instead, buyers work with a specialist developer who provides a menu of design options, ideally within an overall masterplan. Participants discussed the wide spectrum of potential choice, which ranged from choosing fit-out and configuration to shell-and-core developments that the owners fit out themselves.

Eric Holding of JTP Architects questioned whether the market was allowing people to personalise their space or was instead curtailing their lifestyle.

But would more custom building raise design standards?  Not necessarily.

‘More customization might result in more diversity but not necessarily in good design,’ said Holmes, who added that this can be addressed with design codes and development masterplans.

Caroline Dove of HTA cited the situation in rural Ireland, where it is common to self-build homes from templates, although this often results in houses with a poor relationship to the landscape. 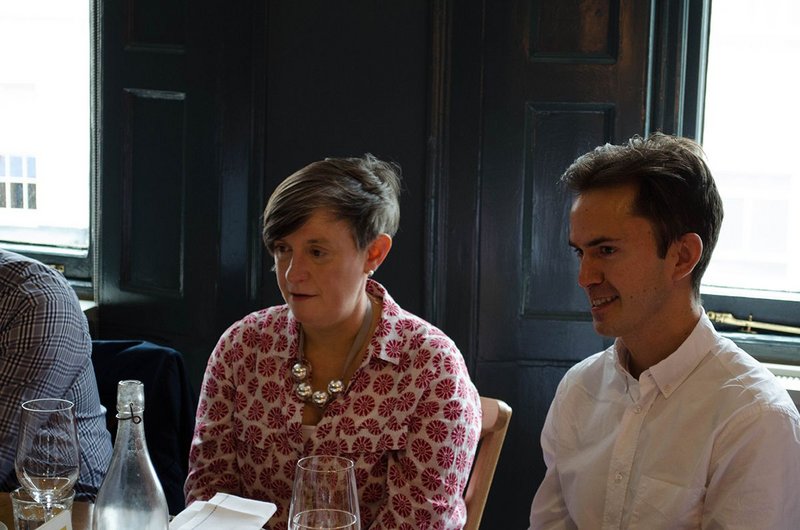 Participants identified two key barriers to greater custom house development – unavailability of land in the right location and a lack of understanding of what custom build entails and can offer.

‘We know people want more choices. You have to have the right land in the right place and the right people who can see how it works,’ said Dove, which has been working on the Heartlands custom development for Carillion igloo in Cornwall.

She said simplicity was the key – HTA’s design uses off-site construction and would take only six months to build. However, progress at Heartlands has still been slow, with, she said, ‘not quite the appetite from local people, and not enough people who want to move to Cornwall and build their own house and hold on to it’.

Perhaps it’s not so surprising that the market is reticent, says Gus Zogolovitch of Inhabit Homes, who pointed out that this was often the case with pioneering new concepts.

‘Sometimes choice can be paralysing… A house is the biggest purchase 95% of us will make. Everyone is petrified of making the wrong decision,’ he said, adding that communication of what custom design can offer and ‘hand-holding’ throughout the process were crucial.

Luke Tozer pointed out the opportunities for using new technologies such as VR to communicate custom design to potential buyers, or on-line specification.

And it’s not just potential buyers who need help to understand custom build, said Zogolovitch, it’s a learning curve for everyone from financiers and contractors to building inspectors, and warranty or service providers.

Financial innovation is also needed to enable different approaches to self and custom-build. This includes a way of enabling those who might wish to buy a shell and core for fit-out to get a mortgage (currently not available if the property isn’t habitable). Although unusual in the UK, organizing your own fit-out of a house is seen as the norm in many other countries, explains Zogolovitch. 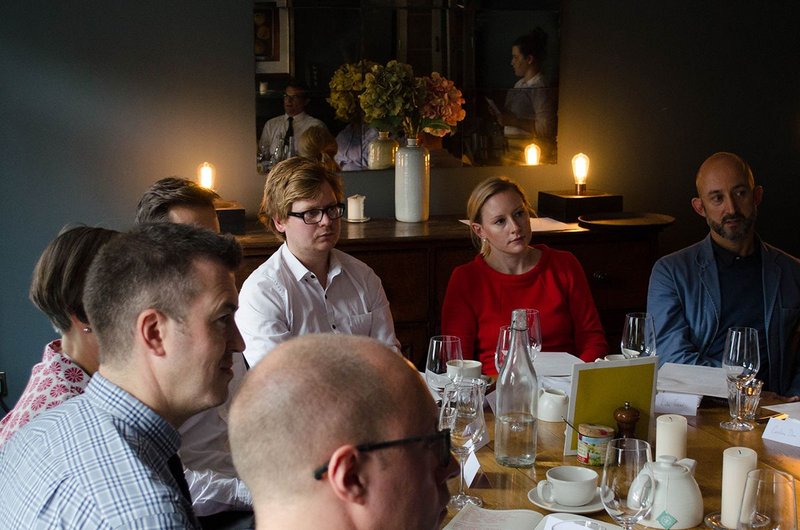 While custom build has yet to happen on a wide scale, there are plenty of new approaches emerging that offer either more choice or different financial models.

Liz Gibney of Home Group described how the housing association’s Persona brand offers buyers a degree of choice in how the money is spent on their fit-out.

‘We’re trying to move away completely from how a standard developer would work. We offer as much house in terms of volume as possible, then [customers] choose what they have in it.’

Sarah Davies of Pocket Living described her company’s model for compact individual units combined with shared amenities such as a communal roof terraces. Pocket is also developing sharing units for people to buy homes together in Haringey.

‘Buyers would rather have smaller houses in better locations,’ she says, adding that millennials tend to have fewer possessions (such as books, DVDs or records) and be less tolerant of commuting than previous generations.

Zogolovitch also cited the LILAC (Low Impact Living Affordable Community) co-housing co-operative in Leeds, where all members pay a flat 35% of their income to gain an equity share.

‘Where people want to live, supply is a major issue,’ says Holmes, one of many who expressed concern that major house-builders had become land banks.

But Zogolovitch wondered if we were asking the wrong question in considering how to meet housing supply in such areas, and whether instead the issue was how to address the demand imbalance – how to make areas with low demand and land values more attractive for development through, for example, greater employment opportunities.

Gibney’s Home Group had experienced this in Cumbria, where it had found it a challenge to achieve sustainable development.

While there was agreement that a more stable housing market is necessary to help make ownership more affordable, Zogolovitch questioned the assumption that buying was always a better financial option than renting, and asked whether we should necessarily expect housing to increase in value. 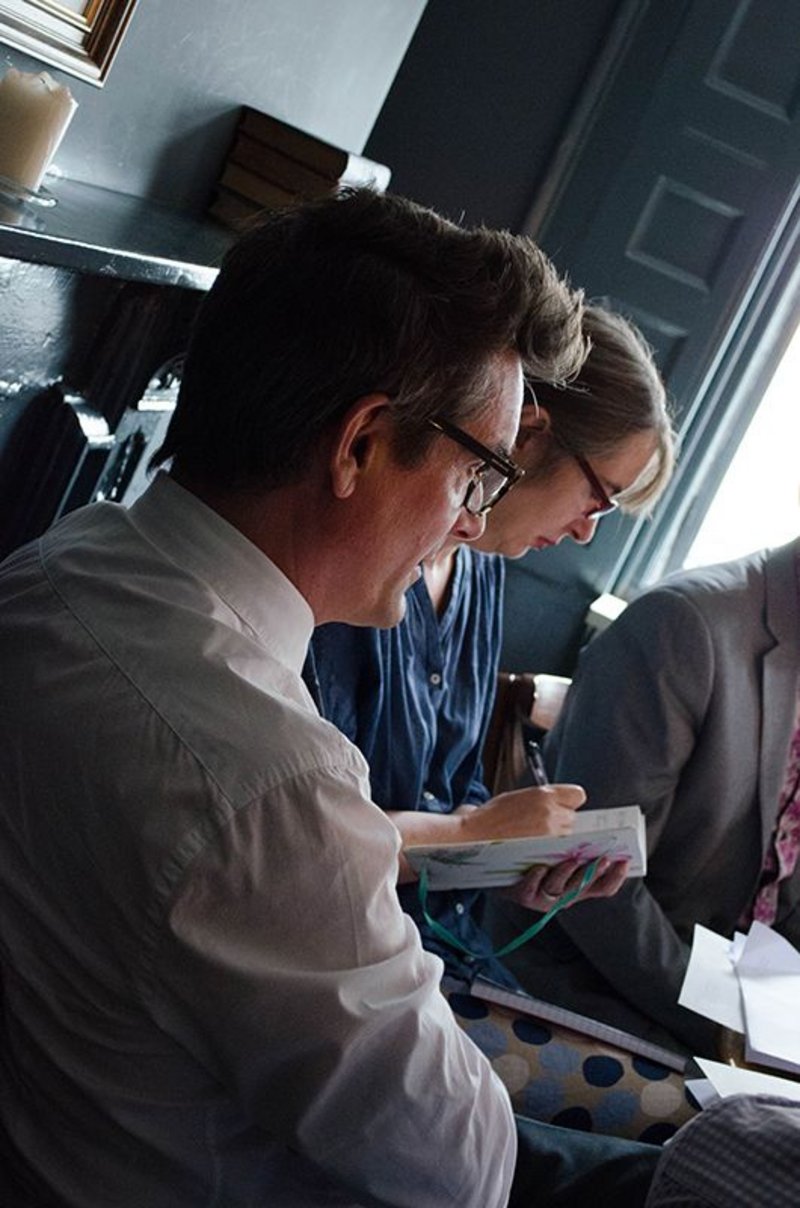 More housing would mean that buyers would look harder at variables such as running costs. Many around the table were concerned at the poor construction skills of an industry that is still, as Holmes put it, ‘addicted to brick and stone’ rather than Modern Methods of Construction, making it harder to achieve high performing, well-insulated buildings.

Even small steps in smaller markets such as custom build can start to drive changes in the bigger market, said Bidwell.

Providing a product that gives a full spectrum of choice can only be a positive, added Holmes: ‘If we can increase choice, other house-builders will have to raise their game to compete.