A House for Essex, FAT’s collaboration with Grayson Perry and its last project, surprises in unexpected ways

Is it like a fairytale, Grayson Perry and FAT’s House for Essex, I have been asked?  You know, gingerbread house, big bad wolf, etc? Well, I’ve never been in a fairytale but I can certainly imagine this place being used as a set in a Tim Burton movie.  It would be a home from home for Helena Bonham-Carter. But in fact, when you’re there, it comes across as exactly what it is: a fusion of domestic architecture and art, with quasi-religious references. Perry’s sculptures on top, ceramics cladding the exterior and artworks inside,  but also two bedrooms, bathrooms, kitchen, living room and Miele appliances in the basement.

Perry being a showman, he tends to steal the show. It’s hard for the cameras to point anywhere else. He is a natural TV presenter, hence the inevitable ‘making of’ film of the house project on C4.  But Charles Holland, late of FAT, chartered RIBA architect now with Ordinary Architecture, more than held his own with Perry at the launch of the house. Rightly so. This is not just an artist-produced design that an architect then steered through the Building Regs.  Had it been left to Perry alone, as he confessed, it would have turned out a great deal more Game of Thrones-ish.

The two Essex boys were yoked by Living Architecture’s Alain de Botton even before there was a site to build the house on, and they went out together scouting for one.  You might ask what de Botton had in mind, exactly. It’s this: both he and Perry are fascinated – some might say obsessed – by the idea of a secular alternative to the consolations of religion. Not for nothing is the Living Architecture house being built in Devon by the monklike Peter Zumthor called ‘The Secular Retreat’.  Perry is a narrative artist: this house is the culmination of a story he has concocted about Julie, an Essex Everywoman whom he elevates to sainthood. To understand the house, you have to understand the myth of Julie.

Her tomb is in the garden: a chest tomb placed at a height to make a handy bench. There are her dates: Julie Cope, 1953-2014. But there are no bones in the tomb. In Perry’s narrative she met a banal death by collision with a pizza delivery bike. Her grieving second husband built this house as a shrine to his beloved, ‘A Taj Mahal on the Stour’ as Perry puts it. It is a pilgrimage chapel, the end of a route that starts in Canvey Island during the great flood of 1953 where Julie was born, moving through various Essex towns she lived (Basildon, South Woodham Ferrers, Maldon, Colchester) until the trail ends here.

‘Here’ is the end of a lane in Wrabness in North Essex – the kind of edge-of-village location, on a hillside overlooking an estuary, where you might expect to find a Wesleyan chapel if not a Viking ship burial.  This chapel, however, is more like a giant expandable medieval reliquary or architectural Russian doll: in appearance it is four gradually larger houses telescoping inside each other, each with windows and dormers sized appropriately. In practical terms from south to north, the internal plan works out as follows:  first (smallest) section:  entrance lobby, bathroom over. Second section: hall, staircase, toilets. Utility room is in a small basement beneath these two sections.  Third section: kitchen/dining below, two bedrooms over. Fourth (largest) section: full-height living space, overlooked by two small balconies from each of the two bedrooms, connecting through to kitchen/diner and sharing a fireplace with it. Finally the house steps down again with a high porch and steps leading down the hill towards the Stour.

That’s it, plus many grace notes: for what might be described as a modern folly, it works entirely logically as a holiday villa. It is small, but (as was often the way with FAT) plays games with scale.  Holland describes a whole range of internal influences for the enormous timber-lined living room he calls a chapel: including Russian wooden churches, Vanbrugh, Soane (especially in the use of mirrors and the mausoleum-like character)  Lutyens, Loos, and Lord Leighton’s house in Holland Park, now the Leighton Museum.  That’s a lot to pack into one room, even before you squeeze it all through a Pop sensibility.  Take the famous pizza delivery moped, for instance, here suspended hanging high in the space and acting as a chandelier. But the references serve to highlight that the interior of this house is in effect two building types rammed together: relatively understated cottage at one end, richly bedecked chapel at the other. A complex permeable screen wall, painted bright red,  separates the two.

The Leighton reference is telling, given that the artist worked with a leading architect of the time, George Aitchison, on his famous ceramic-bedecked house.  As for today’s rural equivalent, this is how Holland describes his practice’s working relationship with Perry: ‘The most interesting thing about A House For Essex (and in this it is actually a pretty unique project for FAT too) is that the design itself is collaborative. It's not even us designing a space for Grayson Perry’s art. It was a real joint effort to make something.’

Holland is clear that architecture and art are miles apart these days, which is what makes this project – the last under the FAT banner – so unusual. But then, FAT started out nearly 25 years ago by presenting themselves as both artists and architects. ‘I do think there was something about FAT's “literacy” (if you could call it that) in terms of art practice that allowed us to discuss the project with Grayson as co-creators rather than facilitators’ says Holland. ‘It’s not a built piece of art or simply a kitsch fantasy but a real collaboration between art and architecture. The building stands as a statement in its own right and not only as the sum of its narrative parts.’

The costs of this project are confidential, and Perry likes to grumble that it lost him money, but he did say at one point that the cost of the architectural ceramics alone was around £200,000. Then there are the specially-commissioned artworks, the tapestries, the urns, the statue, the sand-cast aluminium sculptures and more. Beneath the external and internal skins it’s a conventional blockwork construction but even so – well, Living Architecture’s financial model is unlike any other company’s in this kind of development.  You can’t imagine going to a bank to present a business case for this.  On the other hand, booking is by ballot only and I’d be amazed if it isn’t pretty much permanently occupied for years ahead, and that’s some income stream.

One last thing: an impactful thing it may be, but like dazzle camouflage, it blends with the landscape from a distance rather better than an all-white house does. I noticed how its flanks visually dissolve into the hedges and cow-parsley: the golden brass/copper alloy roof is meant to do the same with regard to the local cornfields.  We’ll see.  The strange thing is how unshocking it was, how quickly one became accustomed to it. Almost as if Julie always wanted it to be there.

Number of Perry tapestries inside: 4 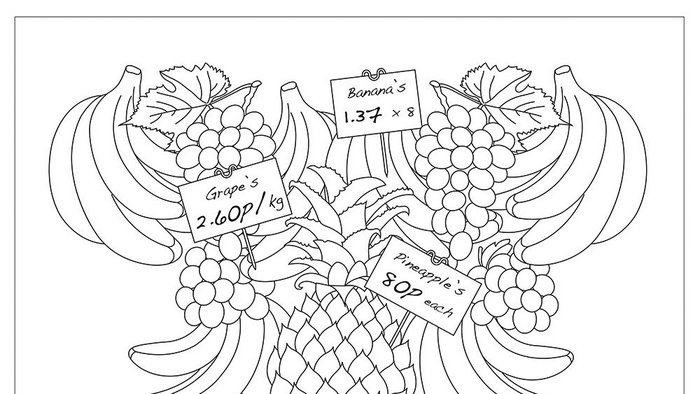 In praise of the greengrocer's shop 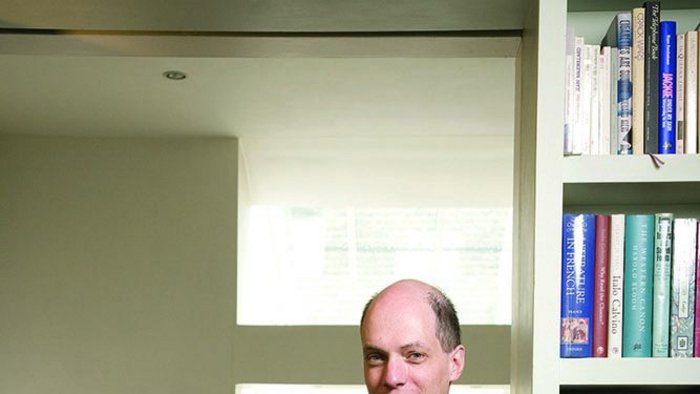 A house is a machine for learning in 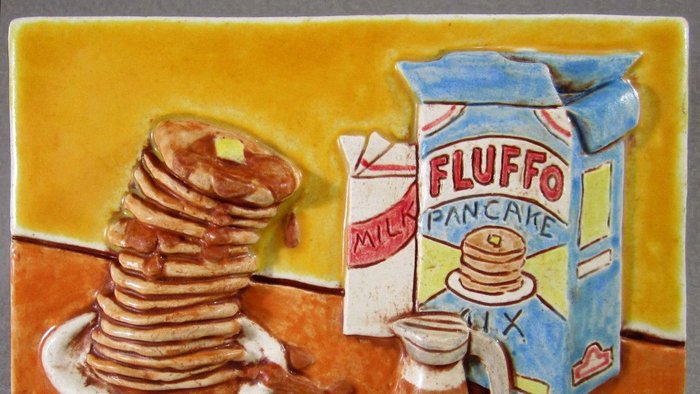