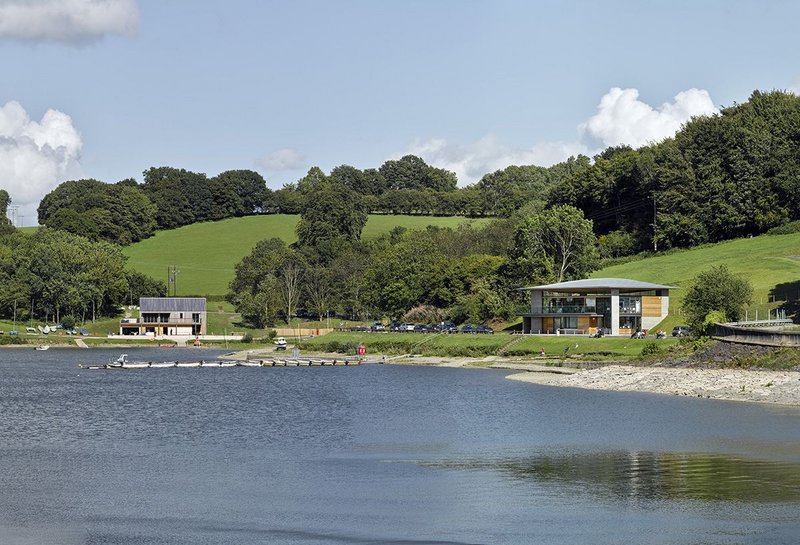 Llandegfedd Reservoir holds 24 million m3 of Cardiff and Newport’s water. For Dwr Cymru Welsh Water – a not for profit company – its custody of the 1965 infrastructure has long been about protecting it for the people of Wales. But access to this beautiful slice of countryside was limited to sailing and angling club members with a few thousand visitors a year. The general public could view it from the car park but not descend to the water’s edge.

The facilities for the few authorised users were ‘grim’, says architect Martin Hall of Hall + Bednarczyk Architects who had windsurfed here on occasion. So it is hardly surprising that the sailing club started to lobby for something a little better. This was a catalyst for the rethink of the buildings, resulting in a competition, won by Chepstow-based Hall + Bednarczyk. The aim was to give anglers and sailors a base while creating a destination to encourage visitors from nearby Cardiff and Newport to make use of this public asset. The centre for watersports and visitor centre with café, shop and rangers’ offices opened there in 2015.

The visitor centre is a delight. Judge Amanda Levete admired the form: ‘The roof is lovely with its relationship to the water, and the profiles of it, slightly bowed.’ The double curvature of the standing seam zinc roof has an uplift and a shimmer that hint at the hazy water beyond; the architect imagined it as a liquid gulp. Walking down from the car park above you see the slight bow in the timber soffit, which gives a sense of warmth to the very open glass of the top floor café. The elegant roof with its oversailing canopy is held up – over an 18m span – by four angular supports. These strong arms in boardmarked concrete, inside and out, give the centre an understated power that, coupled with a delicacy of ­detail, references both the civic architecture of Lasdun’s National Theatre and the 60s infrastructure of the reservoir.

New visitors have included locals popping in for coffee, schools and Welsh Water’s board, as well as walkers and families

By all accounts this has become the hub for anglers as much as visitors who can guarantee a warm welcome and a good coffee in the café, if not somewhere to weigh their fish. Treading the path between consultation with the two groups of stakeholders – anglers and sailing club – and holding to the vision of simple buildings serving a wider public was a political process. And it was a bold move by Welsh Water to aim for a high quality design on this piece of discretionary spending, which came from the profit that doesn’t have to be siphoned off to shareholders. Sian Robinson, director of procurement and estates, secured board level backing but the £2 million project was subject to a level of scrutiny rarely applied to pipes in the ground of a similar value. She is delighted with the results and she is not alone: in the nine months to December the centre had over a hundred thousand visitors.

The watersports centre, set alongside the dinghy slipways, is conceived as a boat shed with a simplified pitched roof form, glazed at one end as the ‘village hall’ opens onto generous first floor decks. The timber is delineated by disciplined steels, echoed inside by cross-bracing ties and their delicate minimal bosses – impressive refinement to offer the landscape and its users on £1600/m2. It is notable that a traditional JCT contract and keeping below the OJEU threshold allowed a small-scale Abergavenny contractor – Anthony A Davies – to be appointed: the firm’s care and experience in conservation projects shows through in the precision of the detailing. Hall + Bednarczyk’s close attention is also visible: moving up in scale on this project, the practice put its all into these buildings.

As the projects were being built a path right around the reservoir was also being negotiated with local landowners, and more routes are now being worked on. New visitors have included locals popping in for coffee, schools learning about the environment and watersports and Welsh Water’s board, as well as walkers and families coming for a 10km yomp around the reservoir. The programme of events is developing as the Welsh Water team discovers more possibilities for both building and reservoir and ways for the wider public to appreciate them – while ultimately making them self supporting.

Matthew Taylor, as judge, drew attention to the catalytic role of the buildings in opening up the site. Malcolm and Anni MacEwen would have approved, as great proponents of rural conservation and supporters of the right to roam. The opening up of the reservoir with buildings and new walking routes would have been just their cup of tea. 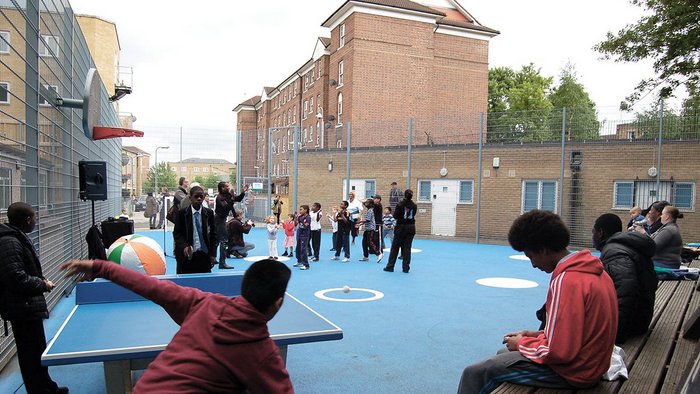