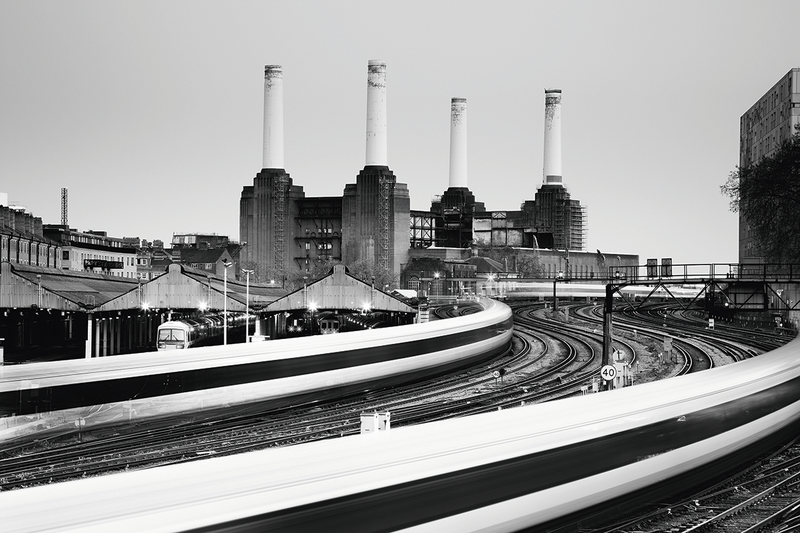 Captured in black and white in a languorous long-exposure before the redevelopment began in earnest, the 10 seconds that London-based Brazilian photographer Joás Souza allowed to take this shot of Battersea Power Station is a luxury he would never have afforded himself in his hometown of Salvador. Having been held at gunpoint there four times, personal safety was more of an issue, and required certain logistics. ‘If I visited a building I would first scope it without a camera at all, and on the day I would hire a security guard when I was doing the shoot.' And he lingered no longer than absolutely necessary. ‘I just learned to be quick and precise!’

Since moving to London in 2005, he’s revelled not only in the sense of personal freedom he feels – ‘here you have to look for trouble’ – but in the capital’s position on the doorstep to Europe, where a short flight takes you to different climes, societies and architectures. As a citizen of a relatively new country – whose process of freeing itself from colonial rule resulted in Niemeyer’s modernist city and the human feat that is Brasilia – it’s the urban juxtaposition of ancient and modern that he experiences here that makes living in his adopted city so exciting.

Just before scaffolding cloaked the power station in 2014, Souza’s nine years of living here attuned him to sense a change in the fabric of the city significant enough to merit recording the view – to see that a piece of old London was passing and being transformed into something new. ‘I thought about the coal that powered the station for 50 years and wanted to contrast it with the trains in the foreground, now probably running on nuclear-powered electricity’, he adds. ‘And to simply read something so huge, monolithic and static against another speeding past.’