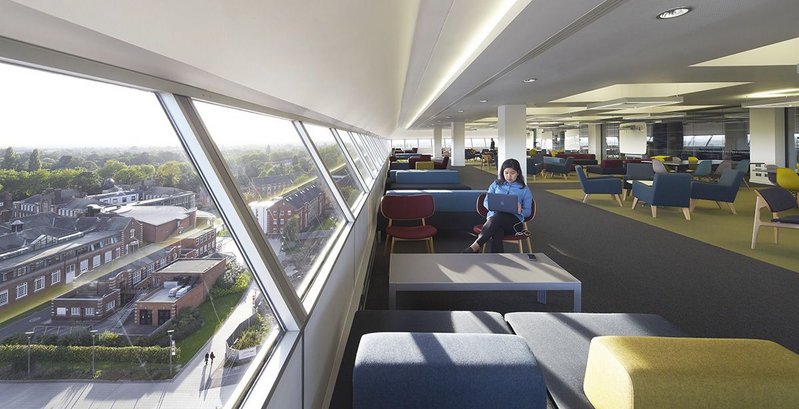 Sheppard Robson for the University of Hull

Client of the Year – Dr Richard Heseltine, University of Hull

This is the library that poet Philip Larkin built, in two very different phases, in a very different pre-digital world. Sheppard Robson has reconciled and reconnected the traditionalist 1950s design of the one with the near-brutalism of the other, providing extra space and allowing for the much more informal use patterns of today.

The architects reorientate the entrance to the south, on the main pedestrian route through the campus. A new three-storey atrium simplifies the vertical circulation for the building. A tall colonnade provides both shelter and solar control to the first floor, which used to overheat. It leads into a newly created double-height café.

The design is rigorous from inception to completion. It has taken on board public participation and maintained the key role of academic study. The care and detail of all the finishes can only be described as exemplary.

See the other winners of the RIBA Regional Awards 2016 –Yorkshire