Analysis of the Museum of Architectural Drawing

Although an early sketch for the museum project (on display in the basement level) suggests a number of different drawings on the facades, the final design reproduces different fragments, predominantly from a single architectural drawing by Italian set designer Pietro di Gottardo Gonzaga (1751-1831). It was the first significant drawing acquired by Sergei Tchoban: ‘Each storey was supposed to feature a distinctive motif, revealing even from afar that the elevations contain architectural drawings. The drawings by Gonzaga ... were particularly applicable, regardless of relating each one only to a certain storey of the building or missing and adding them.’

The facades are not carved stone panels, as they first appear, but are actually loadbearing concrete, cast in situ. A pigment additive was carefully chosen to create the sandstone-like effect. The fragments of drawings were digitised, arranged and composed, then recreated with a CNC cutter on a board, from which liquid plastic moulds were taken. These moulds were then used in the formwork for the onsite concrete pour.

Each image is repeated horizontally along the facades of the blocks, often in diminishing widths, reducing almost to nothing. The effect is that of the pages of a book or sheaf of papers being flicked through, and the allusion is reinforced by three of the block ‘ends’ having a pattern purely of uneven vertical lines. 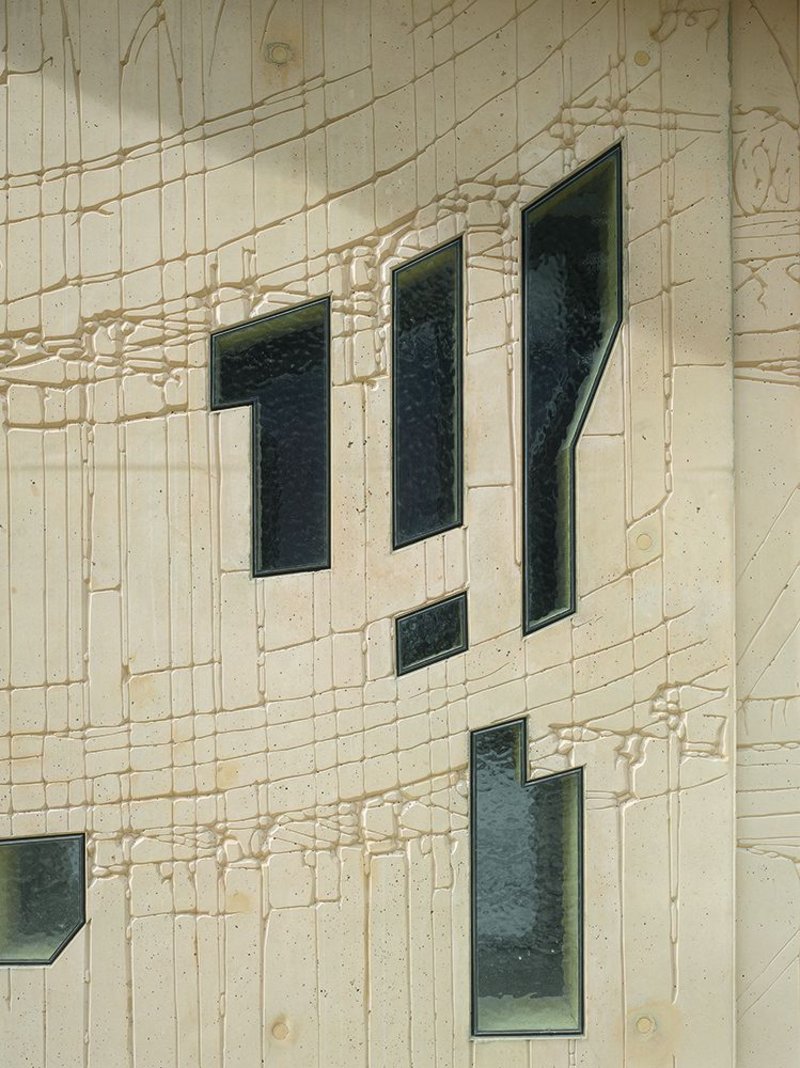