A detailed look at the facade of Oxford Brooks University 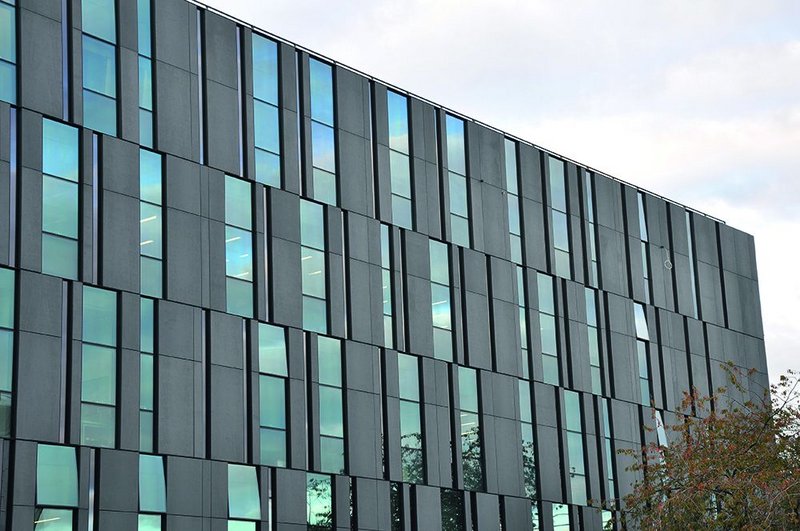 The facade design refers to the concept of a glazed box (the library) at the heart of the campus with a series of solid ‘pegs’ intersecting the box.  This relationship allows buildings with different functions to come together, one ‘peg’ being the Abercrombie Building. The extension and existing building are separated by a fully glazed atrium that links them visually and physically. The facade arrangement includes a complex layering of structural and planning grids to offer flexible planning behind.

Design Engine is working closely with facade specialist Focchi from Rimini, which is designing, assembling and installing all the facade except the pre-cast concrete cladding. This has been made in the innovative Laing O’Rourke precast concrete factory near Nottingham.