The facade of the JW3 Community Centre presented a real challenge. As well as fulfilling architect Lifschutz Davidson Sandilands’ ambitions for a light and elegant pavilion-like appearance, the building needed to be highly blast resistant.

Set back from the busy Finchley Road, the JCC development comprises a multi-use, three storey pavilion and a residential tower. Specialist facade contractor Colorminium took advice from a Northern Ireland blast consultant to create a robust facade by adapting the Schueco FW 80+ blast resistant system, which was used with a special bronze finish along the two road-fronting facades. This involved a grid of stickwork with steel blast baffles built into the slab around all bracketry connections. All flashing details and perimeter pressed metal were designed to complement the architecture without comprising the integrity of the blast-proof system.

‘A high level of complexity was required to take the architectural intent for the facade and make it perform well to the required blast standards as well as making it look good,’ said Colorminium construction director Kieran Mallinson.

‘To make it more complex a number of the apertures had large sliding doors, banks of louvres and opening vents built into the system… Incorporating the various different elements proved immensely challenging to provide a facade that is aesthetically stunning but safe,’ added Mallinson. 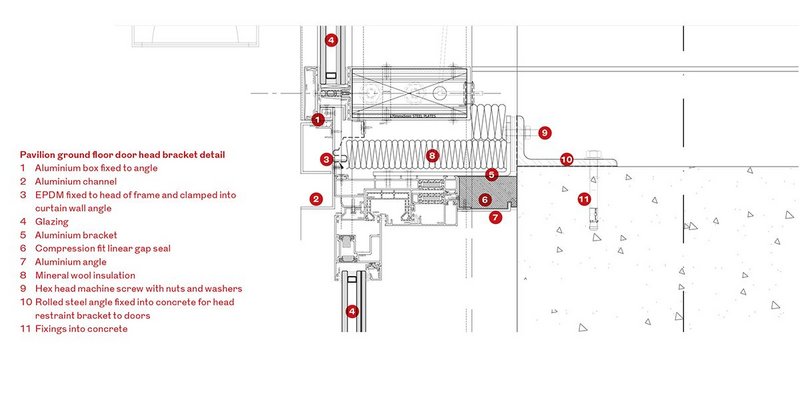 ‘To make it more complex a number of the apertures had large sliding doors, banks of louvres and opening vents built into the system… Incorporating the various different elements proved immensely challenging to provide a facade that is aesthetically stunning but safe,’ added Mallinson.

An extensive range of new dies had to be designed for all pressed metal and feature cover caps. Vents were overclad with bronze patinated sheet. To provide solar shading, banks of sliding, perforated bronze panels were installed in front of the glazing in some parts of the main facade and in the residential tower.

‘Given the huge security aspects, to achieve that level of elegance in a blast resistant facade is quite something,’ said judging chair Hugh Pearman.

Judges also admired the calm and restrained nature of the building which, as Jo Bacon commented, is ‘not trying to show off’.

‘It looks simple but at the same time is quite rich,’ added Paul Monaghan, who enjoyed the deceptively playful facade. 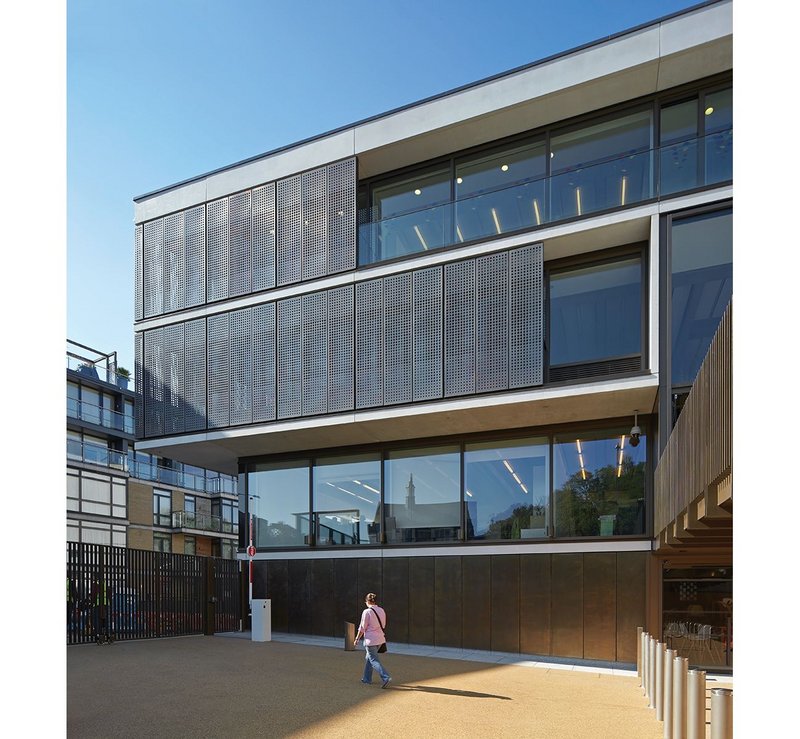 Back to the Schueco Excellence Awards 2015 introduction.