While rebuilding the fire-damaged Mack, The Glasgow School of Art is rethinking its entire campus. Three key figures discuss the school’s aims and process 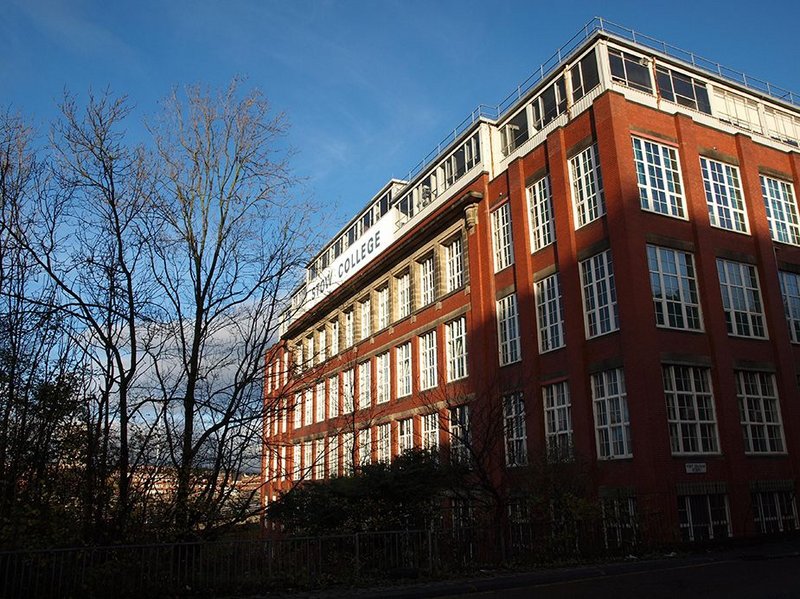 The newly acquired Stow Building will be redesigned in the first phase by BDP and is due to complete in 2017. Later stages include the redevelopment of its three-acre site.

In May 2014, the Mackintosh Building fire forced the review of all The Glasgow School of Art’s (GSA) teaching facilities. Two years later, as Page\Park returns the Mack to its original academic configuration and as the base for first year students, the school has purchased the nearby former working men’s Stow College site to bring together all fine art pathways for the first time in 50 years in a redesign by BDP. Director of communications and strategic planning Scott Parsons, Stow Building project manager David Miller, and Mackintosh Restoration project manager Sarah McKinnon explain how the school has reached this point and what is coming in a development scheme that will cost in the region of £80 million.

What is the current make up of GSA’s facilities?

There are seven academic buildings spread across three sites in the city: Garnethill campus with its Mack and Reid buildings; Pacific Quay campus for the digital design studio and the Tontine for painting and printing among other fine arts. The Mackintosh Building, completed in 1909, is the oldest, but as the school grew new buildings have been acquired and disposed regularly since. Half of these have been specifically designed for the school like the Reid Building, while others have been adapted to purpose.

How is the school planning to alter its build facilities in the coming years?

The estates masterplan in 2007, and the fire in 2014, gave the school the opportunity to reconsider what goes where, and take some buildings out of circulation in replanning. Work on the campus had already been under way for six months by the time of the fire. In 2005-6 the school undertook a condition survey of all its buildings and the original Mack Building came out on top in terms of fitness for purpose. ‘The powerful thing about the building is that its physical form still works as well as it did,’ explains McKinnon. ‘It has been able to accommodate changes in practice over the past 100 years.’ The plan is to understand and recreate the ways in which the Mack is able to inspire and make occupants feel comfortable, as well as permeate work in subtle ways within the same studio teaching culture. This requires dedicated studio spaces rather than hot desking; shared, digitally enabled learning spaces; and room for social spaces, including places for tea/coffee making. The survey looked at providing one building per discipline and allowed an opportunity to put first year studios back into the Mackintosh Building as it is so fundamental to the pedagogy and identity of the school.

What is driving these changes?

The school has been internationally minded from the beginning, working initially as a school for part-time learning and evening classes. Today it matches global competition and is deep-rooted in a studio-based teaching and research approach. Its wider objective is to expand in numbers; from around 1900 total students in 2014 to 2400 by 2018, while retaining its studio culture. Growth needs to come from either the rest of the UK or the international market, as funded places for Scottish/European students have been capped. The plans will expand space for these increases in student numbers from 24,000m2 pre Mack fire to 27,000m2, with efficiencies built into that. 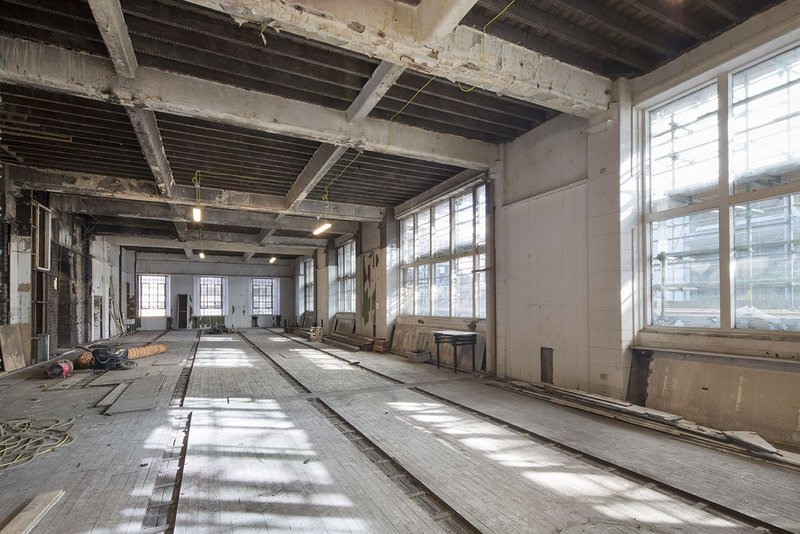 Reburbishment is in progress at the Mack Building, including this, the future junior architecture studio. Credit: McAteer Photograph.

How does Glasgow School of Art select its architects?

Because it is a small institution, all design thinking is taken on by consultants. Estates management reports to Finance and Resources; then there are rules and regulations depending on the scale of the project. Decisions are taken on the basis of quality and costs. But as an art, design and architecture school, Glasgow School of Art wants buildings that are exemplary: former head of architecture David Porter was a judge in the Mack rebuilding competition and the current head of architecture, Chris Platt, is on the Mackintosh Restoration Committee and joined the selection process for both architect and contractor. In fact, the engagement of staff and students is crucial, with many represented on decisions panels and committees.

At what stage is the rebuilding of the Mack?

Research is having a major impact on the work going on – minute books, original specifications, 100 years of extensive photography and Paul Clarke’s measured drawings. Looking back, less than 20% of the building was destroyed by the fire and there has been little conjecture in putting the building back as it was. The rebuilding programme has put it on a kind of sabbatical and we have been able to review and improve fire suppression and services within the building. It will finish in spring 2019, and part of the plan is to hugely enhance it as an experience for visitors. Page\Park would actually like to take longer.

What is the school looking for in its architects?

‘We don’t set out to commission iconic architecture,’ says Parsons. ‘Steven Holl’s 2013 Reid Building wasn’t about creating something significant; neither was the Mack at the very beginning. Rather we commission the best buildings we can for purpose; buildings that work well. If by practising what it preaches the school creates buildings that are of international significance, that’s a bonus.’