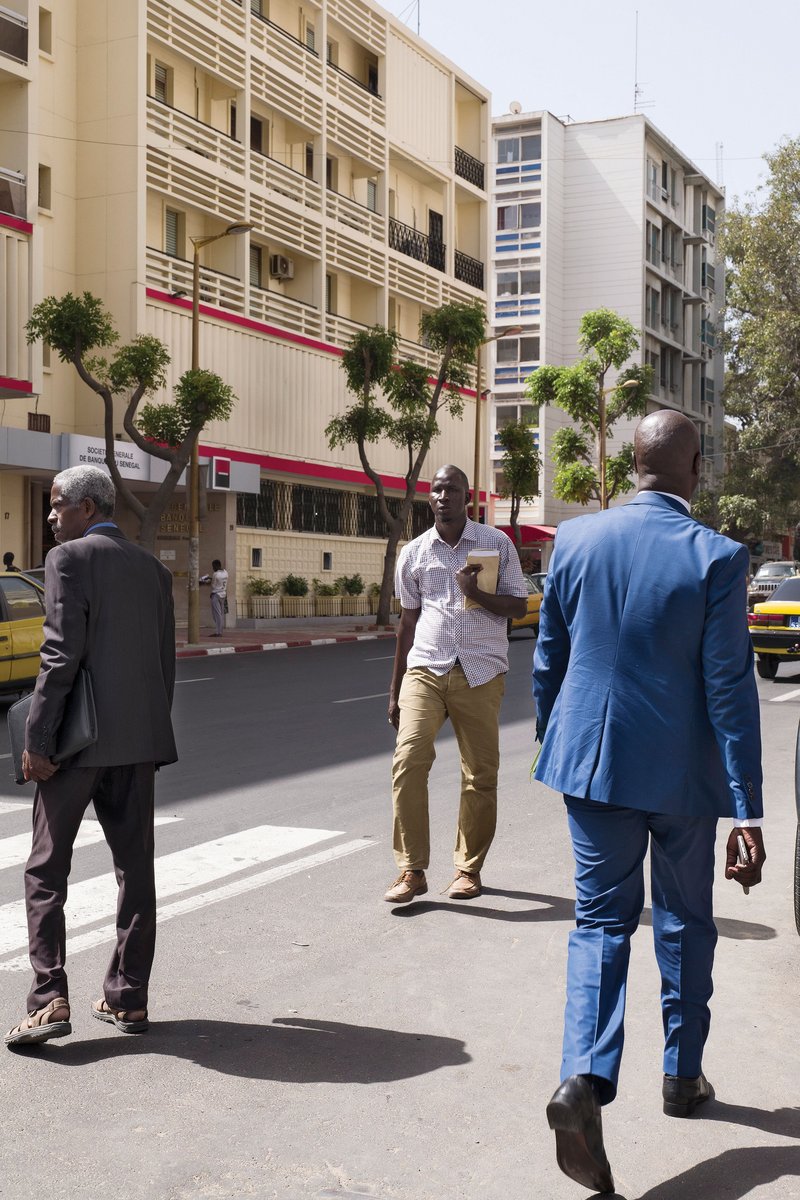 This seemingly nonchalantly-taken, innocuous street shot in Dakar, Senegal, in fact marks a complex layering of history; but award-winning South African photographer Guy Tillim, whose work captures contemporary life in Africa, might object to that assumption. He’d argue this photo could have been taken on any of the Western-style grid of streets around the capital’s Place de l’Independance and be of any of the imported modernist buildings populating this end of the Cap-Vert. Except I don’t think it could; the street, named after Senegal’s first post-independence president, actually strikes a strong diagonal across the colonial plan to deferentially address Senegal’s natural coastline and the Atlantic beyond.

Sorbonne-educated, Senghor was first a literary poet, setting up the Marxist intellectual movement Négritude while in France in 1935, a name derived from a French racial slur; applying it to a new philosophy based on African culture, values and aesthetics. Setting up the Senegalese Democratic Bloc in 1948, which came to power in the 1951 legislature, Senghor also believed that in creating his ‘l’Athènes de l’Afrique’, maintaining a relationship with the past power would help ensure a peaceful transition. The poet statesman might have been right; the men in this photo, their fathers and maybe their grandfathers have never seen authoritarian rule or a coup.

So the Terragni-like vanilla modernism on show here wouldn’t have bothered Senghor. Apparently, by his rationale, ‘sub-Saharan Africa and Europe were part of the same cultural continuum, reaching from Egypt to classical Greece, through Rome to the colonial powers and the modern age’. Tillim, I suspect, would baulk at this Wikipedia reading. ‘I wanted to try and marry the streetscape with the people,’ he tells me.’ To generate a neutral image to simply act as a frame through which you begin to look.’