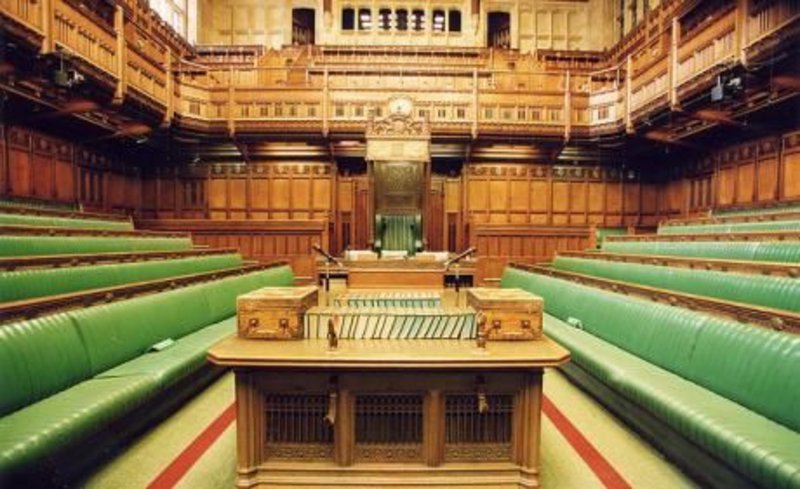 More democratic by design? Could the refurbishment of the Houses of Parliament become a catalyst for democracy? Credit: Flickr UK Parliament

The future of our Parliament has been the subject of debate for sometime now. Recently the RIBA– in conjunction with the RICS, ICE and CiBSE – was asked to give evidence to the joint committee to help it decide which of three options to choose in taking forward the Repair and Renewal (R+R) programme for the Palace of Westminster.

I was asked to represent the RIBA as I am chair of the Conservation Group and have some background knowledge through my practice Feilden+Mawson, which is on the Parliamentary Estate frameworks for architects and for conservation architects.

The session was held in Committee Room No 1 of the House of Lords, which I had last visited when working with the then-Law Lords on the new UK Supreme Court in 2005. Ornate gothic decoration in the room highlighted the problems that the repair and renewal programme faces – is this a simple repair and maintenance programme to upgrade outdated M+E systems in a sensitive historic palace or is it a major opportunity, a chance to deliver a parliamentary estate fit for the 21st century?

Options being considered by the JC largely concern putting the two chambers (Commons and Lords) together with their support spaces.

There are three options. Most expensive, and taking the longest, would be for both chambers to stay in the existing building while construction work was carried out around them. An alternative would be a partial decant, where one chamber at a time would leave and return when its area of the palace was finished. This is quicker and cheaper than staying put but has less opportunity for any strategic uplift. Finally there is the full decant: both chambers and their supporting functions would leave, allowing work to be done in the shortest time and at the lowest cost. But this requires suitable premises to be found, obtained and adapted.

The first option is essentially what has been happening for the last 60 years since parts of the palace were rebuilt following bomb damage in WWII, with major works programmed for the Parliamentary recess. This is fine for contained and limited work packages but is inefficient – if not impossible –for large projects and offers little scope or opportunity for strategic change and uplift.

A partial decant raises the question as to whether it is practical, necessary or efficient to work on the whole of the Palace at once, particularly given the necessarily restricted access to the site and security concerns. It would arguably have a lower decant cost, but take more time and still cost more than a full decant.

Moving both houses out altogether would allow full clearance and investigation of the existing building. This would allow for the design of a strategically solid solution, with maximum robustness and opportunity for forward thinking.

Moving both houses out altogether would allow full clearance and investigation of the existing building. A major problem is that M+E spaces and routes in particular are packed with incomplete knowledge and understanding of what is live and what is dead. This option would allow for the design of a strategically solid solution, with maximum robustness and opportunity for forward thinking.

A complicating factor for all three options is the widespread presence of asbestos in the buildings (it was regarded as a wonder material at the time) which makes opening up any spaces which are or may be contaminated time consuming and extremely disruptive. Until those spaces are cleared it will be very difficult to complete an overall services strategy and to design in proper access for inspection repair and upgrade so that the present situation doesn’t arise again.

Other issues discussed at the committee meeting included the construction sectors’ capacity to provide the workforce needed for each of these options, the opportunities for training the next generation of the workforce within the R+R programme and the need to consider possible effects on the industry as the project reaches completion, particularly if the stated aim of having an inclusive attitude towards SMEs is maintained.

There was also a repeated plea for a lucidly stated vision, held at the most senior level of the project, which should help the drive towards a clear brief and without which there will be muddle, waste and confusion.

An example was offered in the form of the newly completed Education Centre, by my practice. Here the staff aim to get every schoolchild in the country through the building so that they can explain the history and function of our Parliament, how it is evolving and why it is important.

This could be the starting point for the R+R vision, to gradually improve our representative democracy by encouraging not just schoolchildren but the whole electorate to visit parliament and understand what it is doing, how it is doing it and why it is important, so they want to engage with it and would want to use their vote.

The physical expression of this would be to redesign the spaces around the Palace of Westminster, particularly the area between the Palace and Westminster Abbey so as to make the approach and entry into the Houses of Parliament a positive, informative and even uplifting experience.

All four professional bodies giving evidence to the Joint Committee recommended the full decant, as likely to be the most cost effective and the option most capable of taking forward the many opportunities for improvement and forward thinking. The R+R programme is already advertising for architectural teams to give client side advice. Let us hope that the vision and scope of the project will embrace the opportunities and the design talent available to make the most of them.