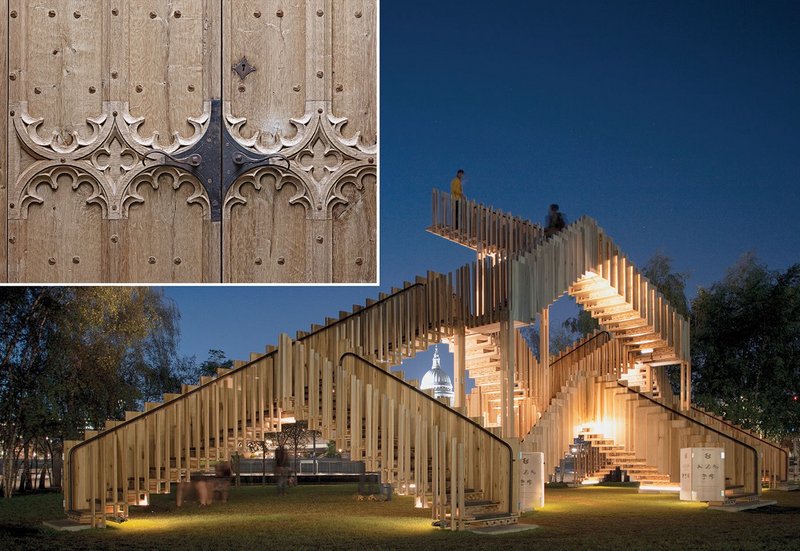 Designed for the American Hardwood Export Council and exhibited outside Tate Modern in London at the 2013 London Design Festival, Endless Stair pioneered the use of hardwood CLT, using American tulipwood to create an Escher-like stair with a viewing platform at the top. The stair was subsequently reassembled in a different form in Milan for the Fiera, demonstrating the versatility that was an essential part of the design.

The judges said, ‘The Endless Stair was a real one-off, a project that combined being an exciting and accessible piece of public art with research into new ways of using a material. Having decided to work with tulipwood CLT, the designers had to study its properties, in particular rolling shear, adding to the sum of knowledge as well as providing delight.’ 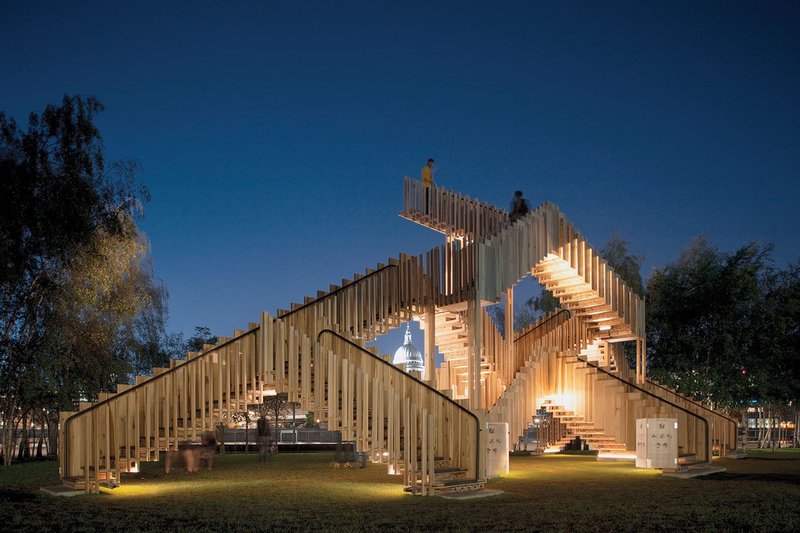 These two ornate pairs of Gothic oak doors are set into an original stone door surround. They have hand-carved tracery on both sides, constructed using traditional techniques and using 100% oak for the construction, with no glues or screws or modern fixings. Jack Badger worked with its apprentices on the project, giving them a chance to learn new skills which are in rapid decline and also giving them a sense of personal pride and achievement.

The judges said, ‘This is a really brilliant piece of work on which the craftsmen have developed a double dovetail joint. Everything has been purpose-made for the doors. The tracery work is straight off the chisel. It is the only project shortlisted for the awards with such a large amount of hand work.’ 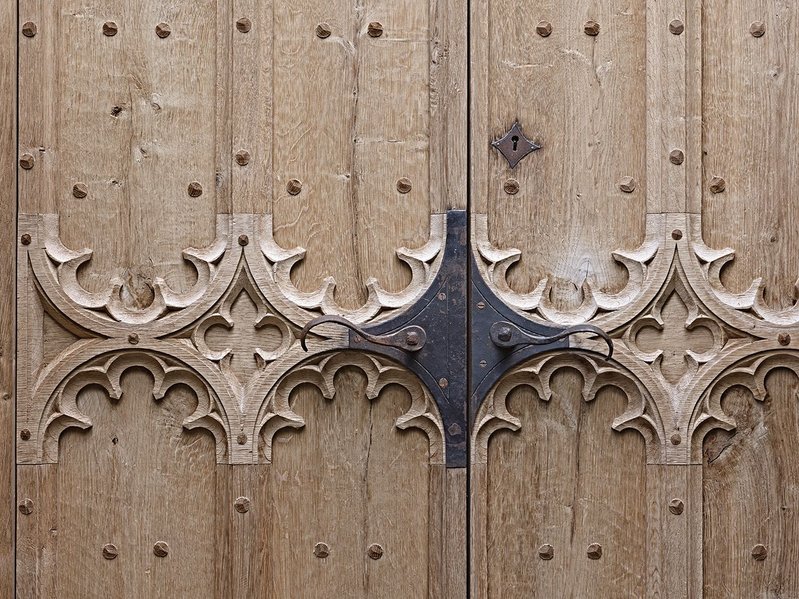 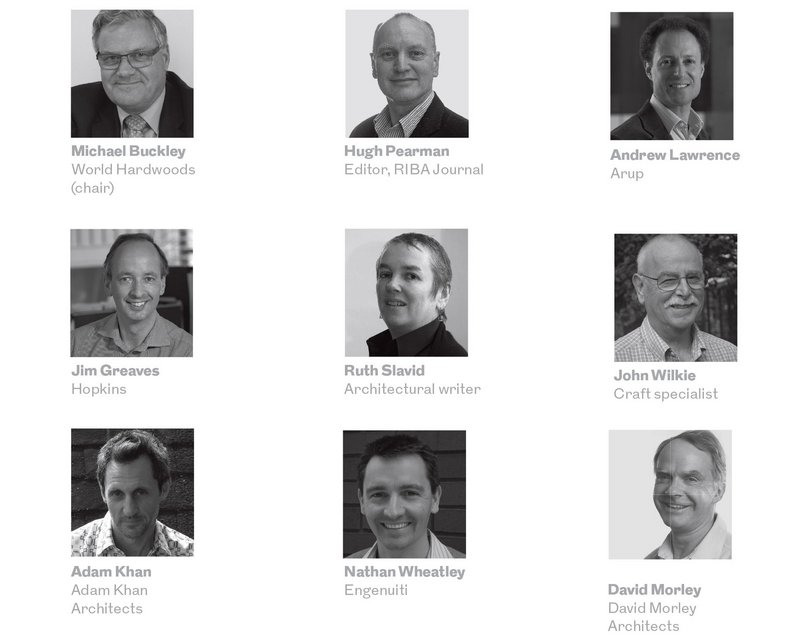