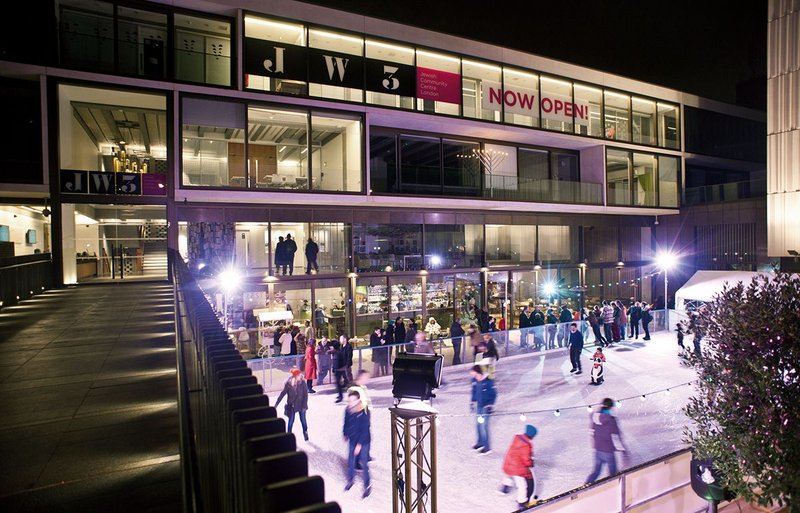 JW3 wins a place on the shortlist as a secular building that respects Jewish religious traditions, while being designed to be open and inspirational.

‘Its core intent – as a Jewish facility that is open to other people – is very important,’ said judge Matthew Taylor. ‘It is the longlist’s only religiously based institution that deliberately brings in and shares something. It has a pretty important social imperative.’

Although the judges had some objections to the name and felt some people might be less welcome than others, JW3 is open to everyone. An important part of its mission is to create better understanding between different communities and cultures.

There are four key elements to the architectural composition: the pavilion separating it from the road; a sunken piazza between it and the highway; an entrance bridge spanning the piazza and an apartment tower marking the site. Setting the four storey pavilion 25m away from the busy main road creates an intimate, sheltered and versatile outdoor space allowing the building to be naturally ventilated without traffic pollution.

The judging panel saw that the building could have been designed in a way which was much more insular and fortress like, but that the client and architect chose otherwise. It was commended for making an effort to put on arts and cultural activities which promoted Jewish values while also running debates on key issues, including contentious ones.