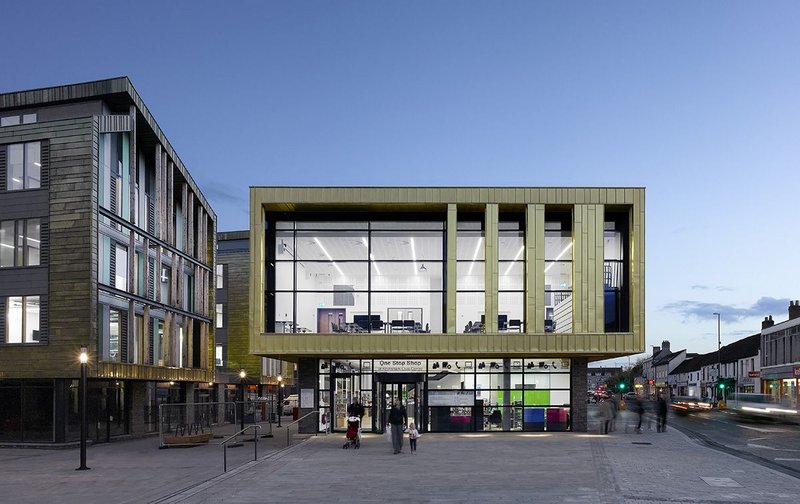 This development replaces a number of outdated 1960s buildings in the centre of Keynsham. The buildings reveal themselves in the form of the library and one stop shop, a large gold box floating over a recessed stone and glass entrance area. Alongside are the interlocking structures that house the council offices. Here the cladding is a more muted bronze that wraps and cradles large areas of glazing over a solid stone plinth.

Inside, exposed cross-laminated timber panels in a lofty, well-considered and detailed space immediately reveal the building’s construction method. The overwhelming sense is of an open, light and calm space in which it must be a huge pleasure to work. A great deal of effort has been made by client and architect to ensure the highest of green credentials: the building is on course to achieving an exemplary DEC A rating, making it one of the lowest energy consuming public buildings in the UK.