Forty years ago this great city seemed all dereliction and decay. Its up and down revival is now gathering pace 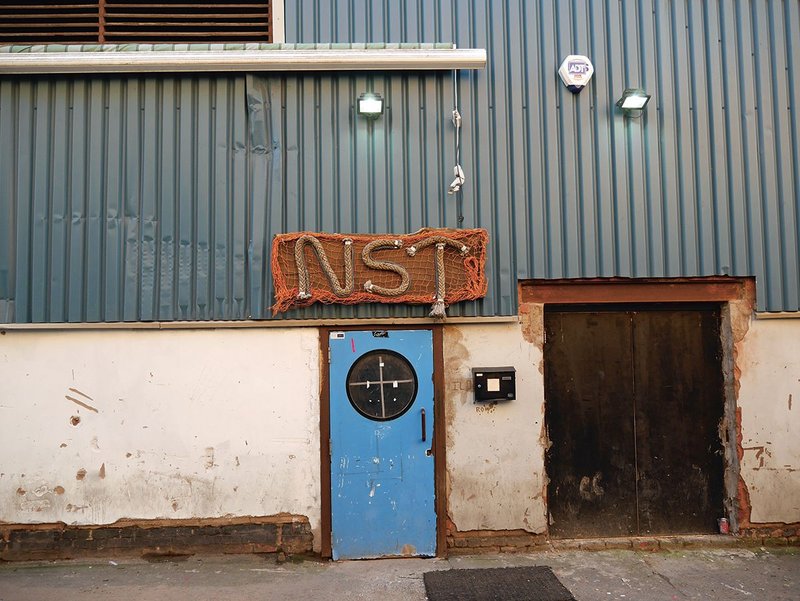 The character of the close-packed Ten Streets area leading inland from the north-central docks is a mix of old and new warehouses, factories and sheds, part derelict and part active, that is now slated for creative industries and cut through with a new pedestrian spine. Credit: Hugh Pearman

Liverpool must be the British city I’ve visited most frequently over the years – apart from London, where I live. I first came here as a callow youth, in 1978. With new regeneration plans for parts of it now advanced, housing demolition in other parts averted, and one recent Stirling Prize winner and one shortlisted, I reckon it’s time to take stock of the place, more than 40 years later.

Back then I was new to this game. There was an RIBA conference in the city, and my publication, Building Design, then edited by Peter Murray (who shortly after took on this magazine), set up an office to produce a daily news-sheet for it. We went out and about, took smudgy monochrome photos on an ancient giant bellows Polaroid camera and had it printed overnight in a shed somewhere in the central docks, which were otherwise largely abandoned. I’ve been out and about with a camera in the city at intervals ever since.

Dereliction was what mostly struck me about the place then. I’d known Newcastle on Tyne and while that was also a grand mercantile city suffering in patches from industrial decline, Liverpool was in a way worse state. As a precursor, the pioneering dock-skimming electric Overhead Railway of 1893 had been demolished the very year (1957) that a teenage Paul McCartney first met John Lennon and his Quarrymen. By ’78 Merseybeat had long been and gone, punk was morphing into New Wave, the crucial venue was Eric’s, across the street from the legendary Cavern, and the new moptops in town – not that I saw them – were Echo and the Bunnymen.

For all the RIBA’s prescience in convening a conference in the city to tackle the problems of industrial decline and misconceived redevelopment, the decline had a way to run, accelerated by an increasingly polarised political climate that led to the Toxteth riots of 1981. Something had to be done, and was. Liverpool, sometimes down but never out, can date its long, slow and intermittent revival from that moment.

How quaint it is now to recall how important the first of Michael Heseltine’s ‘international garden festivals’, based on the German/Dutch postwar regeneration model, seemed in South Liverpool in 1984. But so it was, millions visited, and for years I drank my tea from the souvenir mug. Today – ironically following a period of dereliction – the site is half a coastal public park and half suburban ­density developer housing. Much more important for the long term around this time was the gradual reopening of the magnificent Albert Dock complex which had closed in 1972 and been threatened with demolition. The Tate Gallery’s first regional satellite, designed by Stirling Wilford, opened there in 1988.

Sometimes down but never out, Liverpool can date its long, slow revival from the Toxteth riots of 1981

I give Albert Dock the cold-Monday-evening-in-January test. The various bars and restaurants are predictably not thronged at that time of day and season but they’re open, and doing reasonable business. As is the Ropewalks district, one of the first areas just off the centre to revive in the 1990s, helped along by the insertion of a key development, Concert Square, in 1993/4. That was the first sizeable project and award winner for Tom Bloxham and Jonathan Falkingham as the developer/architect team of Urban Splash and ShedKM. Very different from the enormous later Liverpool One development by BDP with many other architects for Grosvenor Estates, which got shortlisted for the Stirling Prize in 2009, but in a way the commercial success of Concert Square and the Ropewalks, so close to the centre, made possible that huge later scheme, stitching itself into the surrounding streetscape.

It seems appropriate then, that one of the people I call in on is Hazel Rounding of ShedKM in Bold Street. Some 22 of the practice’s staff are there, the other 14 being in London where it successfully expanded seven years ago. But the Urban Splash connection via Falkingham is as strong as ever, now that the developer has celebrated its 25th birthday with its ‘It Will Never Work’ exhibition (it did, though it went through five hellish years after the financial crash). Much of the Liverpool work is in the increasing range of modular housing for Urban Splash that is now being built all over, plus it is working on mill conversions for other clients. But I’ve mostly come to be briefed on ShedKM’s masterplanning and consultative work for the city. After a laissez-faire period that saw the city peppered with ad-hoc applications, especially for central-fringe residential towers, as well as the gargantuan Liverpool Waters and Wirral Waters docklands redevelopment plans by huge landowner Peel Holdings, someone had to get a grip. This started with the area just north of the centre known as Ten Streets.

Rounding takes me through the plans. A ladder of close-packed narrow streets (‘the industrial equivalent of Liverpool’s old housing terraces’, she says), rising up the hill from the underused inner northern docks where Liver­pool Waters is planned, houses all manner of industrial and fringe-cultural uses in buildings ranging from listed stately Victorian warehouses around Stanley Dock to a variety of tin sheds. The Northern Warehouse on Stanley Dock has been a hotel for some time, the taller Tobacco Warehouse is in the throes of conversion into apartments and offices, the Southern Warehouse has a hotel-restaurant use planned. A variety of judicious insertions for creative industries is suggested for Ten Streets plus a pedestrian street threading through the middle with various mini-squares and pocket parks. It’s partly the Ropewalks all over again and partly the model of another largely spontaneously regenerating area, the ‘Baltic Triangle’ area to the south of the city centre with an old brewery at its centre. This has proved so successful with creative businesses, bars and venues that it’s getting rather expensive. The idea is that Ten Streets can absorb a lot of the overspill.

That’s the heart of it, with ShedKM’s brief now expanded to five more strategic regeneration frameworks in other large development areas around it. Rounding points out that just one of these, containing two superstores and a huge area of parking at the southern end of the strip, is as large as the entire King’s Cross regeneration district in London.

At this point Dr Barnabas Calder, historian from the University of Liverpool’s architecture school, turns up in his Mini. Off we go on this cold sunny day to check out Ten Streets, followed by Everton, the Granby Four Streets area where architectural collective Assemble won the Turner Prize for its work in the community under threat from comprehensive demolition under the discredited Pathfinder programme, and – a little closer in – the Welsh Streets area, also saved from the bulldozer.

If you stand on the hilltop viewpoint in Everton and look across the city, the colossal scale of the task becomes apparent. Such huge areas of neglect and dereliction to deal with, and fine buildings such as Everton’s own empty and decaying 1896 Art Nouveau public library by Thomas Shelmerdine serve as a reproach. And yet there are encouraging signs – previously doomed terraces are now being tidily refurbished, the work at Stanley Dock is under way, there is clear demand elsewhere in the city, the RIBA North architecture centre with its galleries and events is open for business on Mann Island. The wildly overblown original Liverpool and Wirral Waters schemes – which seriously concerned UNESCO, given Liverpool’s World Heritage Site status – have been scaled down and (hitting commercial reality as well as heritage watchdog displeasure) – may reduce further which in this context is a good thing.

So much to do, but then again so much has been done since 1978 and a surprising amount even in the last couple of years. Next stop Liverpool University’s architecture school (more on that in the next issue), en route for which I pause for lunch at Haworth Tompkins’ Stirling-winning Everyman Theatre on Hope Street. As you’d expect, it’s bedded in nicely.