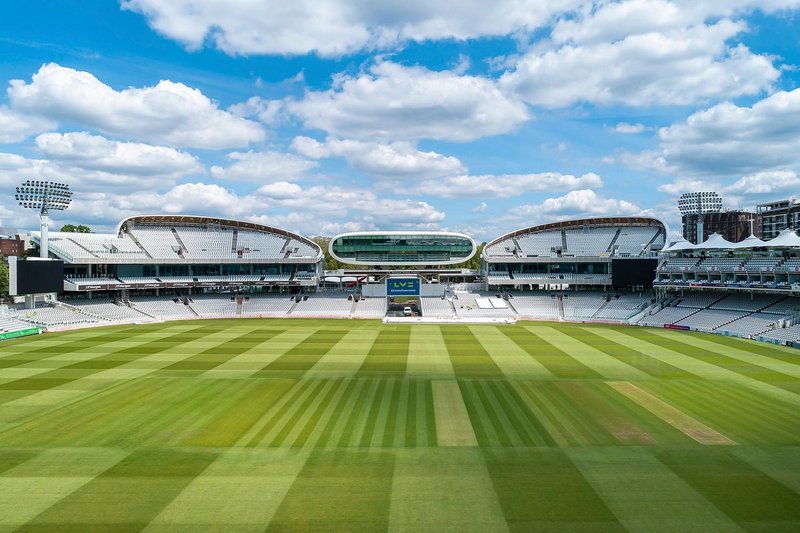 Any consideration of WilkinsonEyre’s £53 million new stands at Lord’s cricket ground is entwined with Future Systems’ Media Centre, which still packs a punch more than two decades after its completion.

The practice won a competition to redesign the Edrich and Compton stands that flank the futuristic Stirling Prize-winning Media Centre back in 2017. It is certainly in very good company. The Marylebone Cricket Club (MCC) is a renowned patron of architecture, most notably commissioning Hopkins (Mound Stand, 1987) and Grimshaw (Grand Stand, 1998) at its Lord’s ground in St John’s Wood, London, as well as Future Systems. More projects are likely to follow, guided by a masterplan drawn up by Populous, which also designed the Warner Stand (2017).

The project presented WilkinsonEyre with many challenges. Aesthetically, the practice needed to find a suitable way for the adjacent new structures to respond to the powerful Media Centre, especially as they needed to be considerably taller than the stands they replaced in order to deliver the desired extra 2,600 seats. As well as greater capacity, the new seats needed better sightlines – many of those at lower level in the old stands had restricted views while the upper level was entirely exposed to the elements.

Located at the Nursery End, the new stands also needed improved toilet and catering facilities – along with lifts, these had been distinctly lacking in the rather basic previous stands – as well as including the hospitality facilities that are such an important part of any ground today. 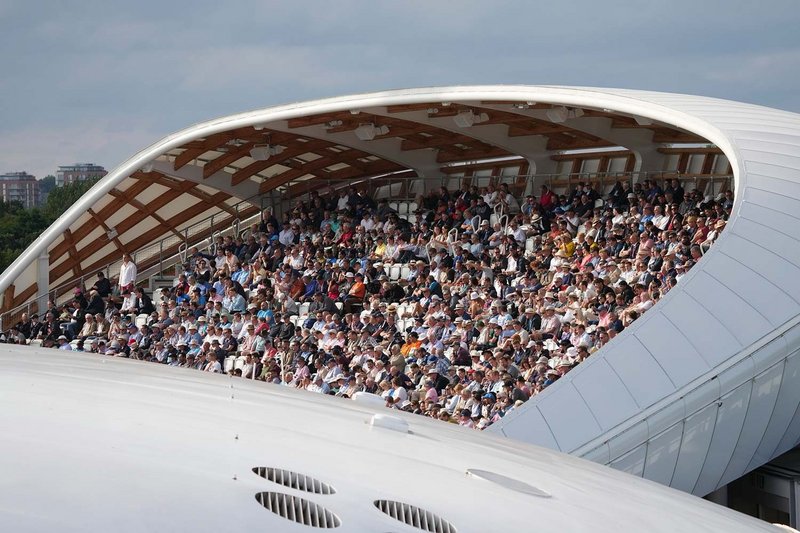 The upper tier of the Compton stand at Lord's, designed by WilkinsonEyre. Credit: Photograph © JL

Other significant factors were a 2m fall across the width of the site, the asymmetry of the two stands (Compton is significantly wider), the need to maintain views of the trees visible beyond the Media Centre, and careful consideration of the rear elevation facing the Nursery Ground.

According to WilkinsonEyre partner Jim Eyre, the stand redevelopment was ‘a real balancing act because the Media Centre has such a strong presence’. Commenting that it felt like ‘an alien thing that’s landed’, he said the challenge had been to make the new stands work better as a composition with the Media Centre, with the right sense of ‘breathing space’ between the two.

WilkinsonEyre director Sam Wright added that rather than ‘ape’ the aluminium-clad Media Centre in terms of ­materiality, the aim was to ‘really accentuate the geometry’.

To maximise the seating, the architect used point cloud survey technology to determine the increased footprints of the stands, which are now double the depth of their predecessors. The practice also needed to increase the height, which at 24m offers the highest seating in the ground. Close attention to sightlines informed the arrangement of the seating and other facilities, and fortunately worked in harmony with the desired curved form. Wheelchair-accessible positions are located at the back of the first tier, with debenture hospitality lounges (also designed by WilkinsonEyre) at second level and the bulk of the seating in two curved upper stands, which swoop down lower where they flank the Media Centre in a respectful response to it.  As the line of the stands rises, the back lifts over to form a canopy, giving some protection to those in the upper reaches.  Here, the canopy’s exposed timber shell structure and steel ribs support a white ­fabric skin, a nod to the tensile fabric used elsewhere in the ground.

The new seating is now 1% wheelchair accessible with a further 2% for ambulant disabled access. Thanks to sightline analysis and the repositioning of some sightscreens, some 95% of the 11,600 seats now have ‘good’ views, up from 70% in the stands they replace and better than the 80% achieved in Warner.

A steel frame was chosen for speed of construction, combined with precast concrete terracing. Half of the seats were re-used and the old stands’ concrete structure and terracing crushed and incorporated as the piling mat for the new.

Perhaps it’s a sign of the success of the composition that initially it’s easy to miss that the wider Compton stand doesn’t match the Edrich – the architect chose to maintain the mirror image curved contours that characterise the new stands but add an additional stretch of seating to the side. Perhaps this is a little awkward, but all eyes will be naturally drawn elsewhere by the curving forms, which funnel attention to the Media Centre.

One of the most practical elements, and one that narrowly avoided being engineered out, wasn’t part of the original brief. WilkinsonEyre included an elevated walkway behind the stands and Media Centre that provides high-level connectivity between all three. Not only is this a boon for staff moving between them, it offers a great vantage point looking over the Nursery Ground and of spectators milling about on big match days.

A great deal has been gained in terms of capacity, connectivity, facilities, and spectator experience – above all, these are splendid stands from which to view the game.

Yet there is no doubt that for all the many merits of the new stands, some of the Media Centre’s drama has been lost –no longer does it rise above the former low level stands in glorious isolation. Instead, it has been reframed as the centrepiece of a new triptych. Has it been tamed in the process? Or do the new flanking stands present a worthy setting that better integrates it into the ground as a whole? Perhaps it’s a bit of both. 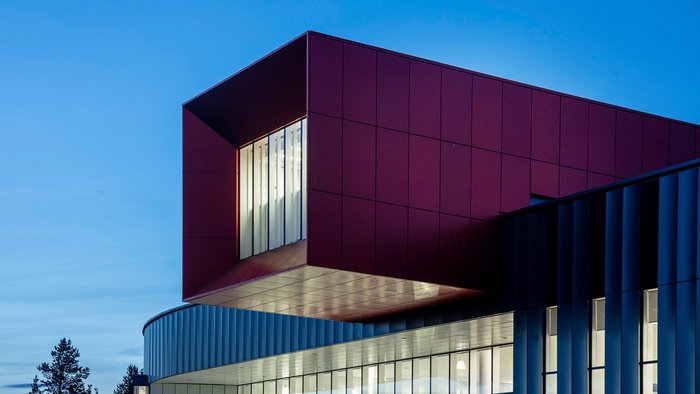