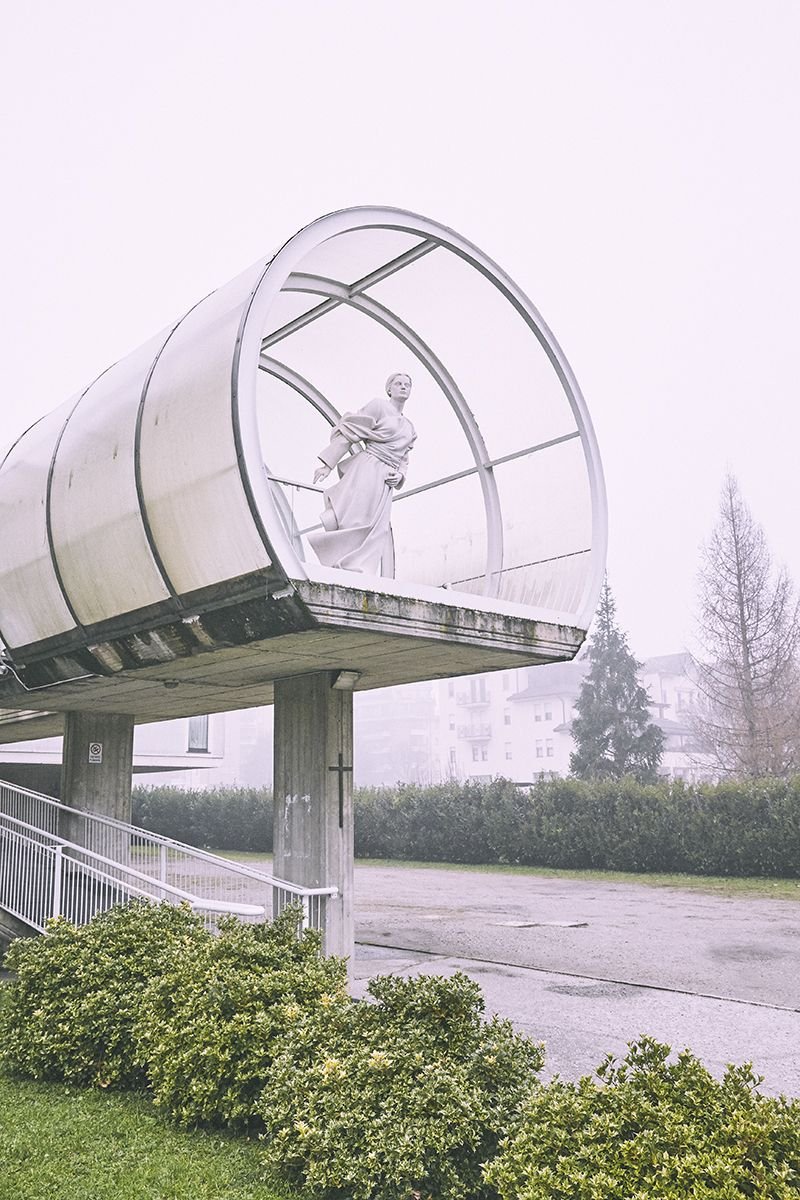 It might come as a surprise to the viewer to discover that the lady precariously launching herself into the void out of a steel and clear polycarbonate tube is in fact Our Lady of Hope at the church of the Madonna della Speranza in Gallarate, a dormitory town less than an hour from Milan. The hi-tech tunnel, which looks like a Pompidou Centre control sample, actually forms part of a curious external raised entrance sequence to an otherwise starkly brutalist 1978 design by architect Carlo Moretti; one jacked up dramatically off the ground via the 12 apostles, sculpted in dedicated relief on each of its concrete struts.

The church is one in a series of 40 captured by Milan-based Stefan Giftthaler, who decided to supplement the day job of fashion show and style magazine shoots with the more contemplative exercise of recording the city’s modernist churches. Giftthaler tells me that Milan, in the country’s industrial heartland, was widely bombed during the war, so there were a lot to choose from.

But even he was shocked when he first turned the corner to see this. ‘The ramp up to the concrete box of the church was all white steel and grey rubber flooring,’ he recalls, ‘It looked like a set out of a Stanley Kubrick film.’ But while the outside might be Clockwork Orange, the dark interior is more Eyes Wide Shut; a huge, blood red painted curtain beyond the altar viscerally screening the glazed east wall’s sunlight from the eyes of its dwindling congregation. Given that dour context, the Madonna’s break for freedom seems understandable; dashing along the catwalk, robes flowing wildly about her, ready to stage dive into the mist-softened car park of eternity.