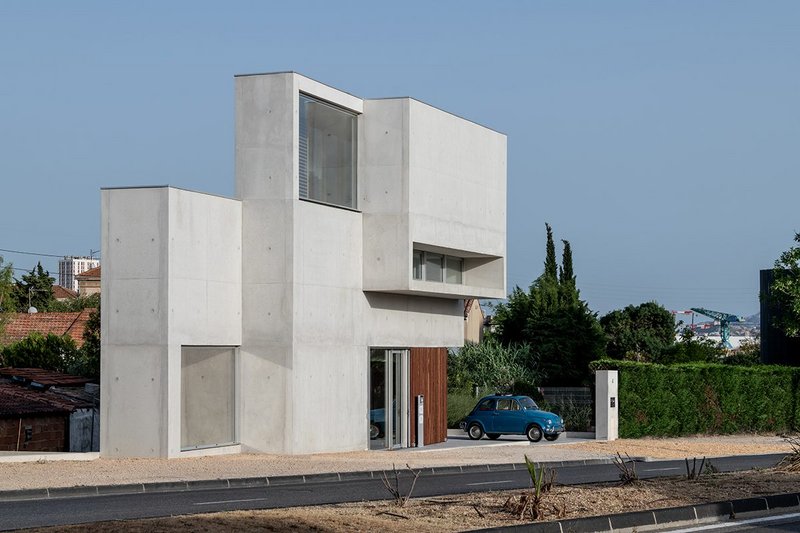 The roadside elevation acts like a giant billboard for passersby - intriguing enough to do a double take. Credit: Lisa Ricciotti

This building’s programme fits its form and execution so perfectly it’s hard to believe that the project was originally a speculative proposal without a function by French practice Marret & Fernandez Architectes. It was presented as a fully resolved building, a piece of architectural concrete sculpture that already took into account its site – a scrap piece of apparently  unusable wasteland on a dual carriageway on the northern outskirts of Marseille, on the way to the huge container port. It could have been a house, office, shop or just about anything else. The design was only modified internally to become a dental studio when a local practitioner Monsieur Tourrolier heard about the proposal in 2017. The design found the client, the programme was made to fit – not the other way around.

It’s located in a hot and dusty landscape that blends industrial and commercial between the hills of Verduron behind and the Saumaty-Séon industrial valley to the south. The gantry cranes and shipping containers at the rear of the port rub shoulders with vacant lots, detached family homes on walled single plots, and the warehouse units and offices built recently as part of the area’s planning designation as an urban free zone. Traffic on the highway is dense. 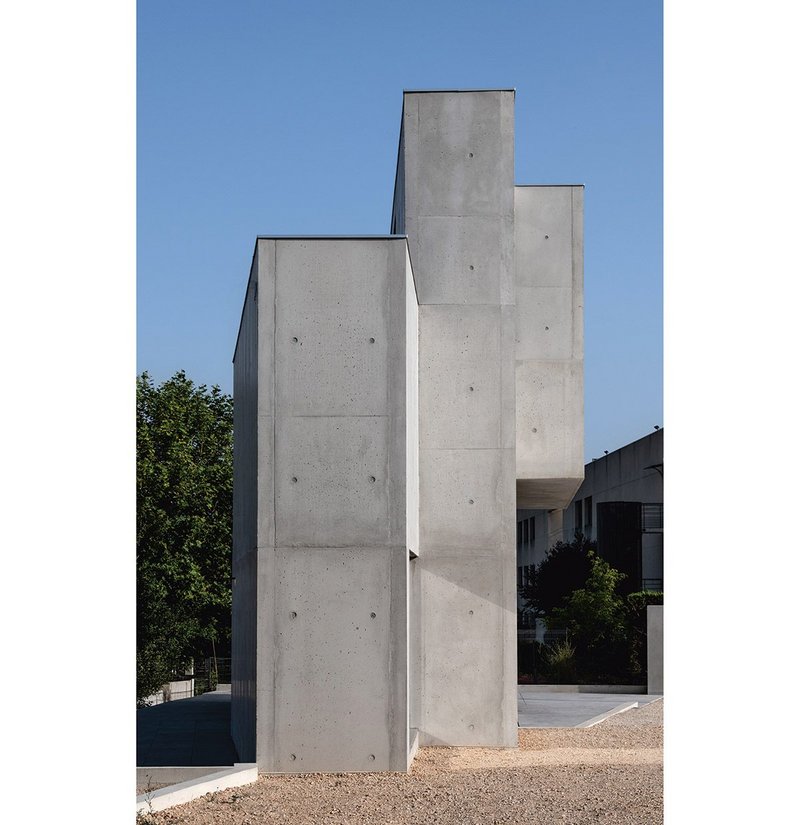 Marret & Fernandez exploit the plot, which is shaped like a narrow safety pin. Formed as three distinct, offset, interlocked vertical concrete sheets, the building contorts in all directions, cantilevering over and tiptoeing around between steep embankments and an underground river. The unbuildability of the site explains why only 40m2 of the 172m2 area could be used for construction.

Inspired by Tadao Ando and Peter Zum­thor, the design treats each elevation as a uni­que pictorial work. The north facade consists of three solid, seemingly barely habitable vertical streaks which exhibit the building’s slenderness and provide an intriguing sculptural form. The southern side is a zooming energetic cantilever with a huge square glazed end, giving the treatment room within views towards the harbour. The rear eastern elevation is an all concrete sweep where the panel construction is most visible, while the western interface with the road becomes a 3D Mondrian artwork of textures, tones, planes and openings. The elevations are so individually characterful that they hardly seem to go together. Yet they generate a memorable image to passersby from every aspect, and the finesse of the detailing and construction, and the small scale, freestanding nature of the project make it inviting and iconic too.

Timber panels by the front door give a flavour of the materials inside, where wood is used next to the exposed concrete structure for adjustable elements – walls, dividers, doors, stairs and joinery. The front door opens into a reception and waiting area with WC with the first treatment room beyond. Upstairs on the first floor is another waiting area, second treatment room, a sterilisation area, X-ray room, staff WC and cloakroom. The third floor is reserved for staff only with a rest area and shower room. In the basement is the operating theatre with a scrubs ante-space and stockroom as well as patient records storage and a technical plant room.

Out of such a small footprint, the building manages to create 200m2 of space conceived with such poetry, lightness and dignity that surely going to this particular dentist would be something of a delight. 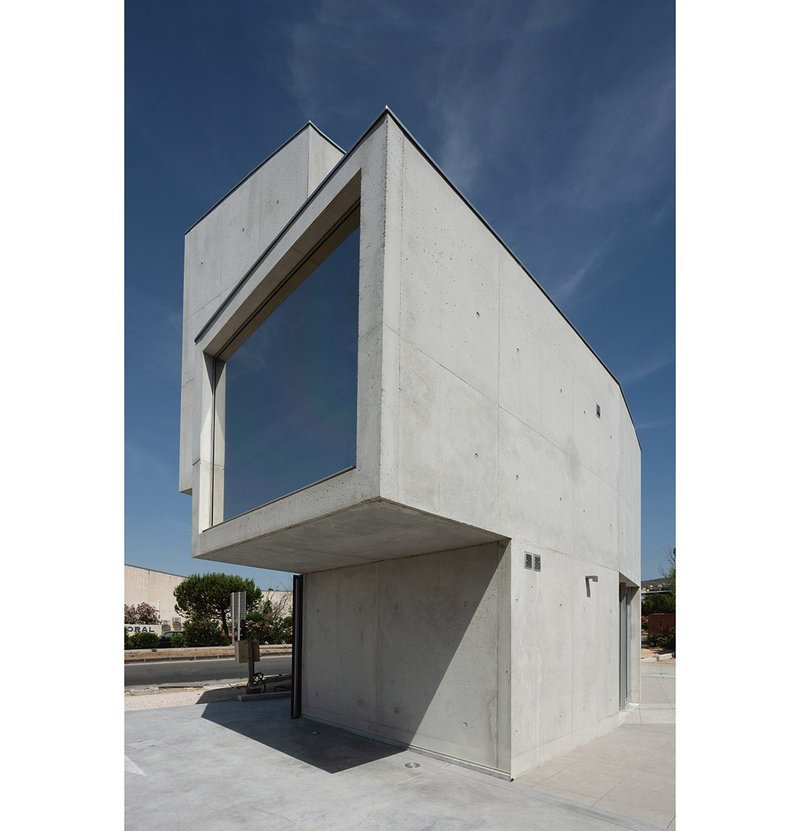